“He stands for misinformation: exactly the opposite of what Jeopardy’s supposed to be,” tweeted past champion Dan Pawson 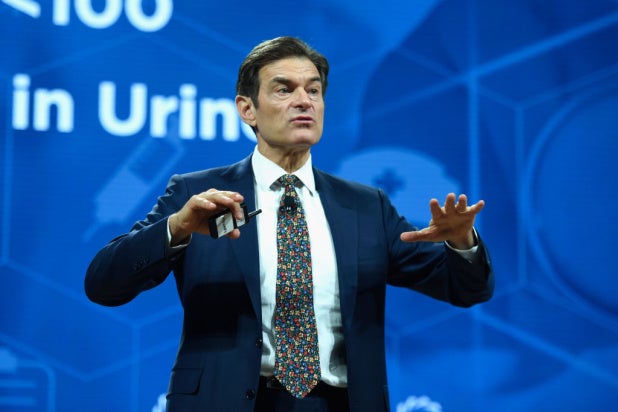 It’s just about impossible to replace the man who hosted “Jeopardy” for nearly four decades and more than 8,000 episodes, but somebody will have to take over Alex Trebek’s legacy sooner or later. Whoever they pick among the guests hosts Sony is trying out won’t satisfy everyone, but there’s one person slated for one of those guests slots who a whole lot of fans — and even some past contestants! — are already rejecting: Mehmet Oz, aka Dr. Oz, whose guest spot was revealed Tuesday evening.

There’s going to be some level of negative response to every one of the guest hosts — how could there not be, since none of them are Trebek? Plus, you know, there’s no option that everyone likes. So some amount of grumbling from “Jeopardy” fans is to be expected.

But the backlash to Dr. Oz on social media is a bit more acute than just some grumbling. Dr. Oz’s guest slot was announced on the “Jeopardy” Twitter account, and the news was met with plenty of scorn as the tweet was quickly ratio’d. That’s when the replies to a tweet and quote tweets far outweigh the likes and regular retweets because people are sounding off about it.

As of the time this article was published, the tweet had about 500 normal retweets to go along with 1,600 quote tweets and 2,600 replies. That’s a pretty clear cut example of a Twitter ratio in action.

The concern about Dr. Oz is not that he has long been a proponent of alternative medicine, but that he’s gone so far as to endorse outright false treatments. Perhaps the biggest example of this came less than a year ago when Dr. Oz repeatedly appeared on Fox News to push hydroxychloroquine as a treatment for COVID-19 in March. A number of outlets reported that Donald Trump’s obsession with the drug as a cure for the coronavirus was sparked by Dr. Oz’s Fox News appearances.

Hydroxychloroquine, which is a drug that treats malaria and lupus, does not provide any benefit for those suffering from COVID-19.

Then, in April, Dr. Oz told Sean Hannity that any deaths caused by reopening schools during the pandemic might be worth the price.

That’s not all, though. Dr. Oz has made so many specious medical claims on his show over the years that there is an entire Wikipedia page dedicated to statements he’s made that lacked significant medical evidence to back them up.

So Dr. Oz is not particularly popular in general right now, and the fans responded with plenty of vitriol to the news. And beyond just the fans, some past contestants even spoke out against the move.

The fans, meanwhile, were more forceful about their displeasure, as you’ll see below.