Home » TV & Movies » Katharine McPhee talks Netflix sitcom ‘Country Comfort’ and new baby: ‘I am managing to get some sleep’

Katharine McPhee was always a nanny who played by the rules.

Growing up, the “American Idol” runner-up cared for infants and toddlers at a church nursery and was a nanny for her high school drama teacher’s family. But she was never the “cool” babysitter who let kids stay up late or sneak ice cream before dinner.

“As a mother, hopefully, and as a nanny, I tend to follow the rules and try to keep a schedule,” says McPhee, 36, who gave birth last month to her first son, Rennie, with husband David Foster, 71. “Discipline is good for kids.”

That’s a 180-degree turn from her blundering yet determined character on Netflix’s family-friendly new sitcom “Country Comfort” (now streaming). The show follows an aspiring singer named Bailey (McPhee) who’s just been dumped from her band by her newly ex-boyfriend. After her car dies in a storm, she stumbles upon a ranch where she asks to use a phone, but quickly gets roped in by a handsome widower, Beau (Eddie Cibrian), to care for his five precocious children. The music-loving family helps her pursue her singing dreams – one kid even becomes her manager – as Bailey learns to juggle domestic duties.

“I’d like to say I was a much better nanny than she was, but that’s part of her charm,” McPhee says. “She falls into this job of being a nanny that she’s probably not that suited for, but she ends up making it work and is still trying to multitask. That’s something I relate to with her. I pride myself on being someone who can wear many different hats at once, and she definitely tries to do that.” 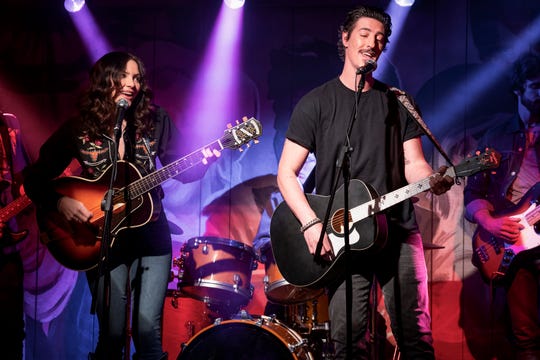 “County Comfort” was created by Caryn Lucas, co-writer of “Miss Congeniality” and an executive producer on hit ’90s CBS sitcom “The Nanny,” starring Fran Drescher. The two shows have a similar premise – Drescher played a cosmetics salesgirl from Queens, New York, who happens upon a nanny gig for a wealthy widower – but Lucas said she was more inspired by “The Sound of Music” when writing the Nashville-set “Comfort.”

She initially hesitated to cast McPhee, who starred in NBC’s short-lived musical “Smash” from 2012-13.

“When she first came in, I was scared,” Lucas says. “I knew she could sing, I knew she was breathtakingly beautiful and I knew she could act.” But McPhee hasn’t done comedy before, “and I prayed she would make me laugh. Thank the Lord, she did.” 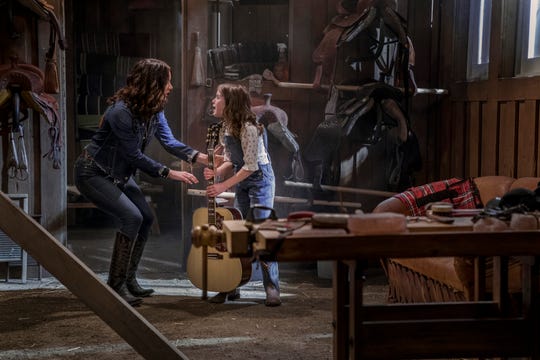 McPhee calls the mix of music and rapid-fire jokes a “perfect storm for me.” She also appreciates the show’s nuanced depiction of grief, as Bailey tries to console Beau’s moody but sensitive daughter Cassidy (Shiloh Verrico) about her mom’s death.

“I lost my father three years ago, but I was an adult and it’s still horribly painful,” McPhee says. “As a child, it’s something that must be so much harder. I think the show handles it really beautifully by showing how suppressed she was, holding it all in, and how much better it is when you’re able to express yourself in a really healthy way.”

The first four episodes of “Country” were taped in front of a studio audience before production shut down due to the pandemic. Taping resumed last fall, just as McPhee’s pregnancy was starting to show, which created some unique obstacles in addition to COVID-19 safety protocols.

“You’re really short of breath when you’re pregnant, so it was a bit of a challenge for me,” McPhee says. “I felt I looked more pregnant than I actually did, so I definitely was holding a purse a certain way (to cover myself). My costumes changed a little bit: I was in very tight jeans and little crop tops in the first four episodes, and then you come back for Episode 5, and things just become a little more drapey.” 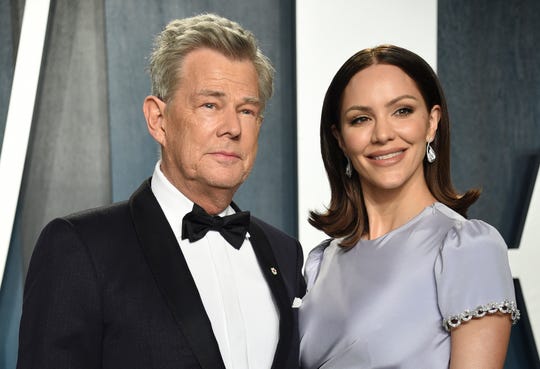 McPhee says she and Foster, who has five grown daughters from previous marriages, had a “big conversation” about having a child together before marrying in June 2019. “It was something my husband, before he was my husband, knew was going to be important for both of us to share together,” she says.

And so far, new motherhood has been “awesome.”

“I am managing to get some sleep,” McPhee says. Rennie is “a really good sleeper so far, so I’m keeping my fingers crossed. But he’s making motherhood a little bit easier for a new mom, I will say.”