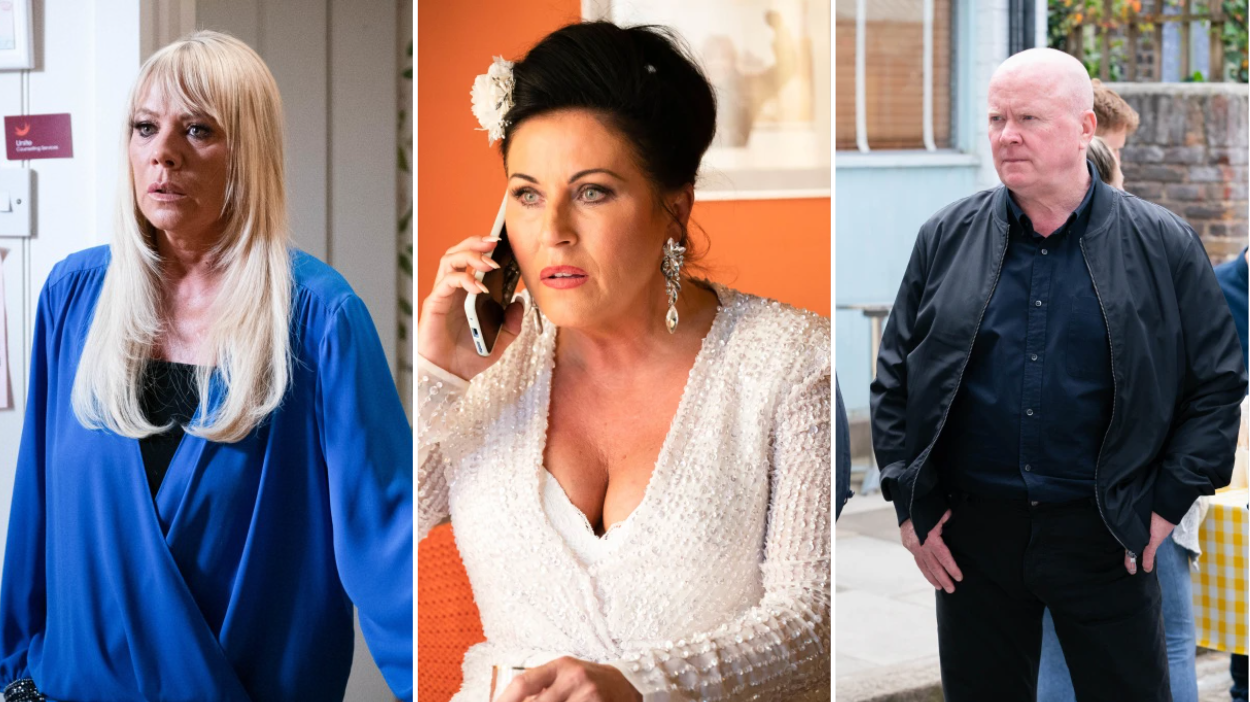 Phil Mitchell (Steve McFadden) gets to experience Kat Slater (Jessie Wallace) in full outrage mode in upcoming EastEnders episodes when the bride-to-be gets the impression that her future husband is actually secretly in love with Sharon Watts (Letitia Dean).

It comes about after Zack (James Farrar) tells Kat that Phil has chosen Sharon over her. It’s all a misunderstanding – Zack has misheard something and makes an assumption after encouraging Sharon to make her feelings about Phil clear to the man himself before it’s too late.

Kat immediately marches off to confront Phil, making sure he feels the full force of her wrath.

A somewhat confused (and possibly a little bit frightened) Phil assures her that he loves her and is completely committed to marrying her, but Kat is unconvinced by his words – as she might well be, considering that he was only recently telling Sharon that maybe he should be with her after all.

So she finds Sharon and the two have a classic war of words, with Kat telling Sharon to back off.

Will Sharon listen to her? Or will she redouble her efforts to make Phil realise that he’s marrying the wrong woman?