“I know, I’m surprised to see me here too” 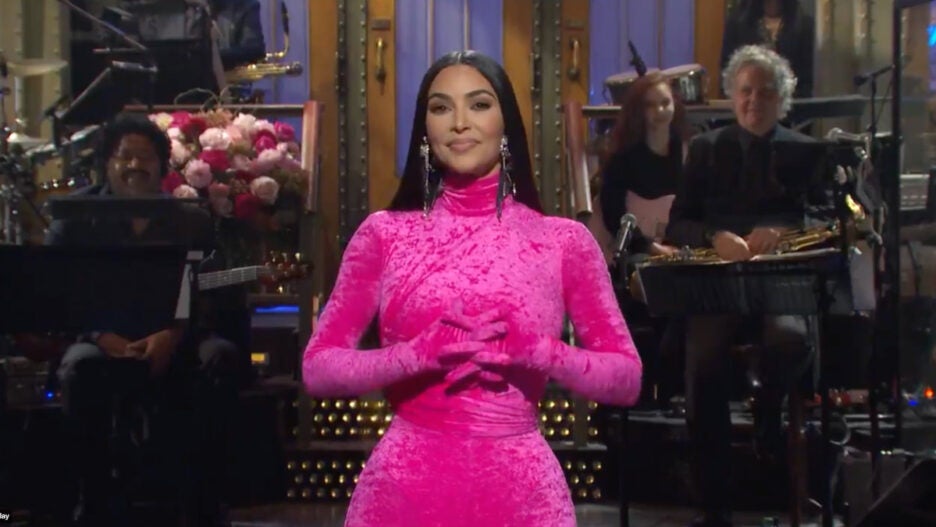 Kim Kardashian West didn’t take it easy during her opening monologue on “Saturday Night Live.” Kardashian made her “SNL” hosting debut on Saturday’s show and took aim at everyone from Kanye West to O.J. Simpson.

“I know, I’m surprised to see me here too,” Kardashian noted up top, acknowledging the elephant in the room. But she then launched into a jab at her famous sisters, noting her pitch-perfect features and saying, “I’m just so much more than that reference photo my sisters showed their plastic surgeons.”

Kardashian then spoke about her father, Robert Kardashian, an attorney and close friend of accused double-murderer O.J. Simpson. “It’s because of him that I met my first Black person. Wanna take a stab in the dark at who it was?” The O.J. jokes didn’t stop there, as Kardashian added “I know it’s weird to remember the first Black person you met, but O.J. does leave a mark. Or several. Or none at all, I still don’t know.” 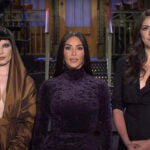 The monologue also tackled Corey Gamble, the boyfriend of Kardashian’s mother Kris Jenner, as she noted, “The one thing I’m really proud of is that no one could ever call me a gold digger. Honestly, I’m not even sure how you become one. So I asked my mom’s boyfriend Corey.”

And of course Kardashian also touched on Caitlyn Jenner in a joke about her mom not naming any of her daughters Karen. “Honestly, with all of the K names it’s really impressive that my mom didn’t pick Karen. I mean, somehow she just knew. I don’t know how she saw that one coming and not Caitlyn.”

Kanye West, from whom Kim filed for divorce in February 2021, got off fairly easy with just one joke at the end of the monologue during which she heaped some genuine praise on the rapper. “I married the best rapper of all time,” Kardashian said. “Not only that, he’s the richest Black man in America. A talented, legit genius who gave me four incredible kids. So when I divorced him, you have to know it came down to just one thing: his personality.”

Twitter pretty immediately lit up with praise for the monologue and Kardashian’s willingness to play along.

You can watch the full monologue in the video below.