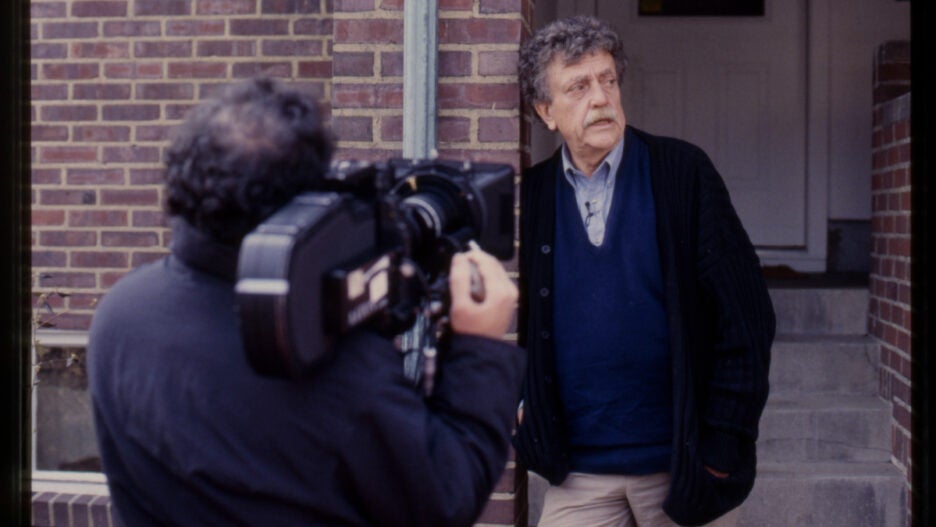 Nothing in the unfocused artist-profile doc “Kurt Vonnegut: Unstuck in Time” approaches the infectious wit and accessibility of American author Kurt Vonnegut’s prose. Even the late Vonnegut (“Slaughterhouse Five”, “Breakfast of Champion”) demurs, in a 1982 letter to filmmaker Bob Weide (read by voiceover narrator Sam Waterston), that “anything that is any good of mine is on a printed page, not film.”

Vonnegut’s speaking (hyperbolically) about all of the Vonnegut-related audiovisual recordings that preceded Weide’s interviews, which were conducted across the 1980s and through the mid-2000s. At the same time, Vonnegut’s aside also inadvertently points to a fundamental shortcoming of Weide’s docu-tribute, co-directed with Don Argott (“Last Days Here”, “The Art of the Steal”): What do all of these talking-head interviews, which Weide shot with Vonnegut’s permission and encouragement, tell us about the author and his work?

“Kurt Vonnegut: Unstuck in Time” begins and ends with on-camera interviews of Weide, who gushes about his affection for Vonnegut’s work as well as his personal relationship with the author. This footage is only so compelling, even though it does inadvertently explain why Weide took so many years to complete his documentary. Vonnegut’s work clearly means a lot to Weide, as we can see when he enthusiastically recalls discovering Vonnegut’s novels in high school thanks to English teacher Valerie Stevenson, who’s also briefly interviewed. 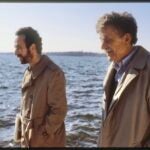 Weide would later think of Vonnegut as “the old man”, but at this point in Weide’s narrative, Vonnegut’s defined by his vast, overwhelming influence. Brief passages from Vonnegut’s novels, narrated by Vonnegut himself, illustrate the light touch and irreverent humor that made a teenage Weide interested in Vonnegut: “He thinks what I think about the world.’”

The rest of Argott and Weide’s documentary superficially considers Vonnegut’s work as an extension of his elusive personality. Vonnegut wasn’t much of a family man, as his middle-aged children explain through choppy on-camera interviews, but he enjoyed and sought affection from his first wife Jane and his elder sister Alice. Vonnegut also experienced great trauma as a prisoner-of-war in Dresden during WWII; those experiences also inspired the existential humor that came to define his best-known stories. Some interviewees’ observations about Vonnegut will seem obvious to anyone who’s read Vonnegut’s writing, especially his daughter Edith Vonnegut’s theory that her father’s oft-quoted mantra of “So it goes” (from “Slaughterhouse Five”, his commercial and critical breakthrough) reflects his ambivalence towards humanity and its marginal place in the universe. 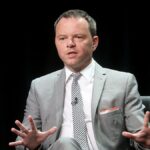 Unfortunately, Weide’s considerable documentary footage of Vonnegut doesn’t really humanize the author or explain his work in a meaningful way. Vonnegut’s shown teasing interviewers and entertaining fans, but there’s nothing truly inspiring or essential about decades-old home movies of Vonnegut haunting his childhood home or improvising a funny dance for his own children.

The same is true of decades-old interview footage where Vonnegut confirms fairly obvious interpretations of his work, like Weide’s suggestion that Vonnegut used genre tropes to distance himself from the emotional intensity of his now-beloved earlier novels, like “Sirens of Titan” and “Cat’s Cradle.” With that said, there’s only so much to be learned from mischievously curt Vonnegut soundbites like “the science-fiction thing seemed to work.”

Vonnegut’s family members and biographers provide the most intriguing material in “Kurt Vonnegut: Unstuck in Time”, but their interviews are too brief to enhance viewers’ appreciation of his work. His children raise some provocative questions about Kurt’s relationship with their mother Jane; biographer Gregory Sumner also suggests that Vonnegut had a lot to emotionally process during his divorce with Jane, given everything else that was going on in the world during the late 1970s. Still, you can’t really tell much from Sumner’s general observation that Vonnegut was “having a nervous breakdown in a culture that’s having a nervous breakdown.”

By trying to cover so many aspects of Vonnegut’s life, Argott and Weide leave viewers wondering about their ideal audience. Vonnegut’s work has been taught in American high-school English classes for decades now, so it makes sense that Argott and Weide (briefly) marvel at all the work that went into the final published version of “Slaughterhouse Five.” We’re shown various drafts of Vonnegut’s best-known work; we’re also told, by a couple of interviewees, that Vonnegut experienced the passage of time in the same discombobulated everything-at-the-same-time way as Billy Pilgrim, a time-traveling WWII vet who, in “Slaughterhouse Five”, also recovered corpses from Dresden’s smoking rubble.

But what are viewers supposed to think about Weide’s suggestion, during one of his many unremarkable-looking talking-head interviews, that Vonnegut was trying to “purge the whole Dresden experience from his soul” when he wrote “Slaughterhouse Five”? Should we know what that means because we’ve already read Vonnegut’s book, or is Weide’s interpretation proven by the fine-enough stock footage that Argott and Weide use to represent Dresden?

At one point, Vonnegut himself refers to “Slaughterhouse Five” as “my famous Dresden novel,” but that doesn’t suggest much more coming from him than when fellow author John Irving commends Vonnegut’s work for proving that “if you’re going to be serious, you better be entertaining.” Vonnegut’s fans probably understand what Irving means, but viewers of “Kurt Vonnegut: Unstuck in Time” might not feel so enlightened.