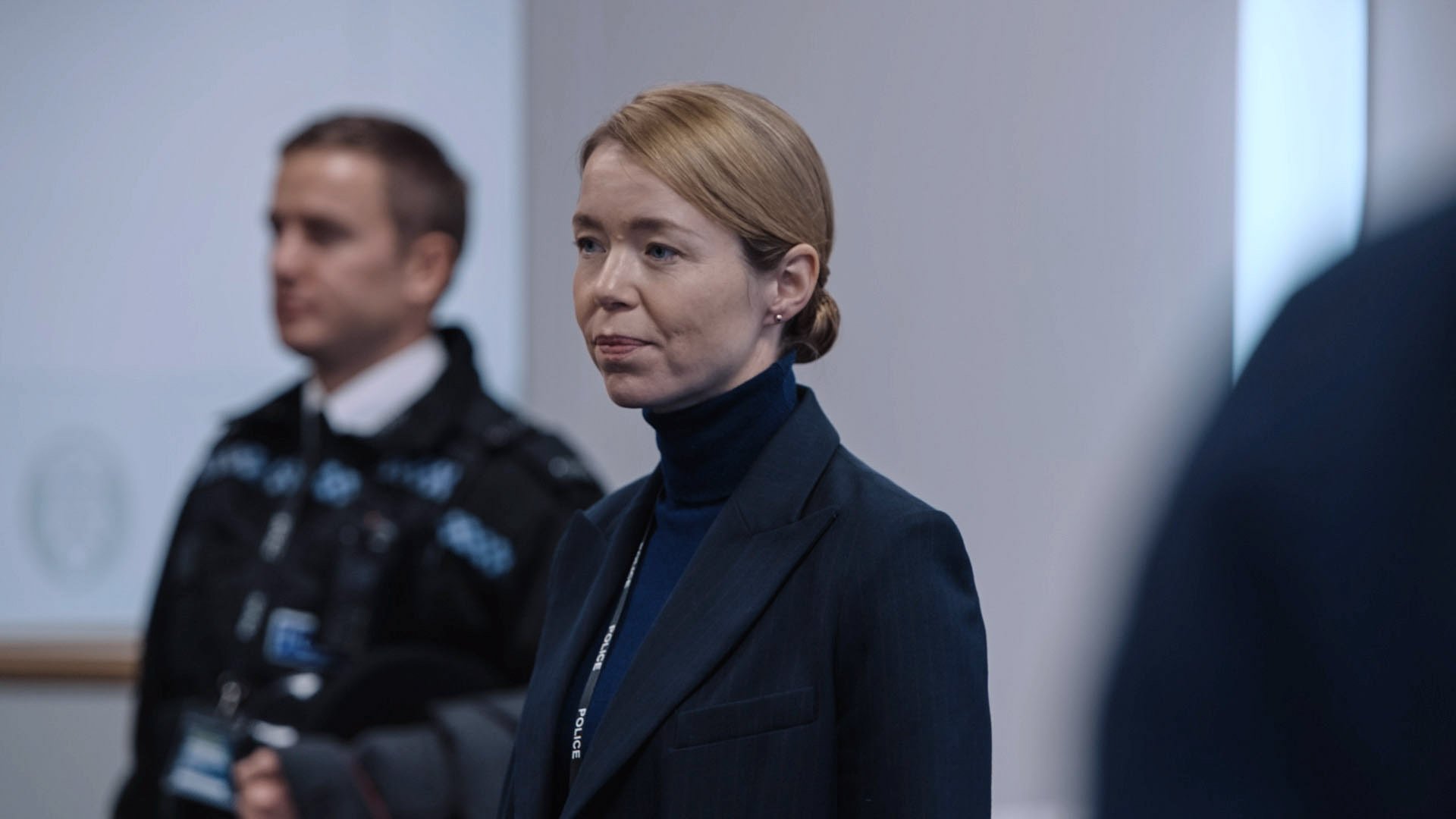 Die-hard fans will know that four dots signify the letter ‘H’ in morse code and that Dot Cottan (Craig Parkinson) previously revealed in his dying declaration that there were four corrupt officers on the force.

Carmichael had been interviewing Jo Davidson (Kelly Macdonald) when she repeatedly smashed her pen down – with the response not going unnoticed by eagle-eyed fans.

Sharing their findings on social media, one viewer pointed out: ‘Carmichael is H. She tapped her pen four times – H in morse code – and took a sip of water. The guilty ones always drink water in the interview room.’

‘Carmicheal tapped her pen 4 times! She is BENT. SHE IS H,’ another added.

Releasing their inner Sherlock, a third said: ‘Carmichael tapping her pen 4 times just like Cotton did when he was dying.’

‘H’ first came into the fold in the series three finale when bent copper Dot recorded his dying declaration.

Kate asked Dot to name the most senior corrupt officer in the OCG, however, he was only capable of blinking and indicated the letter ‘H’ when she read through the alphabet.

In series five, an investigation into Dot’s dying declaration uncovered that he also moved his hands four times – translating to the letter ‘H’ in morse code.

During the interview with the camera on her, Carmichael clearly taps her pen on her notebook 4 times.

4 dots is morse code for H.

Not Carmichael tapping her pen 4 times in the middle of Jo’s interview – just like Dot squeezing Kate’s hand 4 times before he died. Morse code for H. ð¤ #LineofDuty

Carmichael is H. She tapped her pen four times – H in morse code – and took a sip of water. The guilty ones always drink water in the interview room. #LineofDuty #HIsCarmichael

Carmichael tapping her pen four times like maam I SEE you. I SEE what you’re doing #LineofDuty

Could Carmichael’s hand movements suggest that she is actually ‘H’? Or is this just another red-herring to throw us off the scent?

Elsewhere in tonight’s episode, Jo discovered for the first time that Tommy Hunter was both her dad and her uncle.

Viewers also voiced their mounting distrust in DC Chloe Bishop and suspect that she’s also a bent copper in cahoots with Carmichael.

Line Of Duty airs Sundays at 9pm on BBC One.