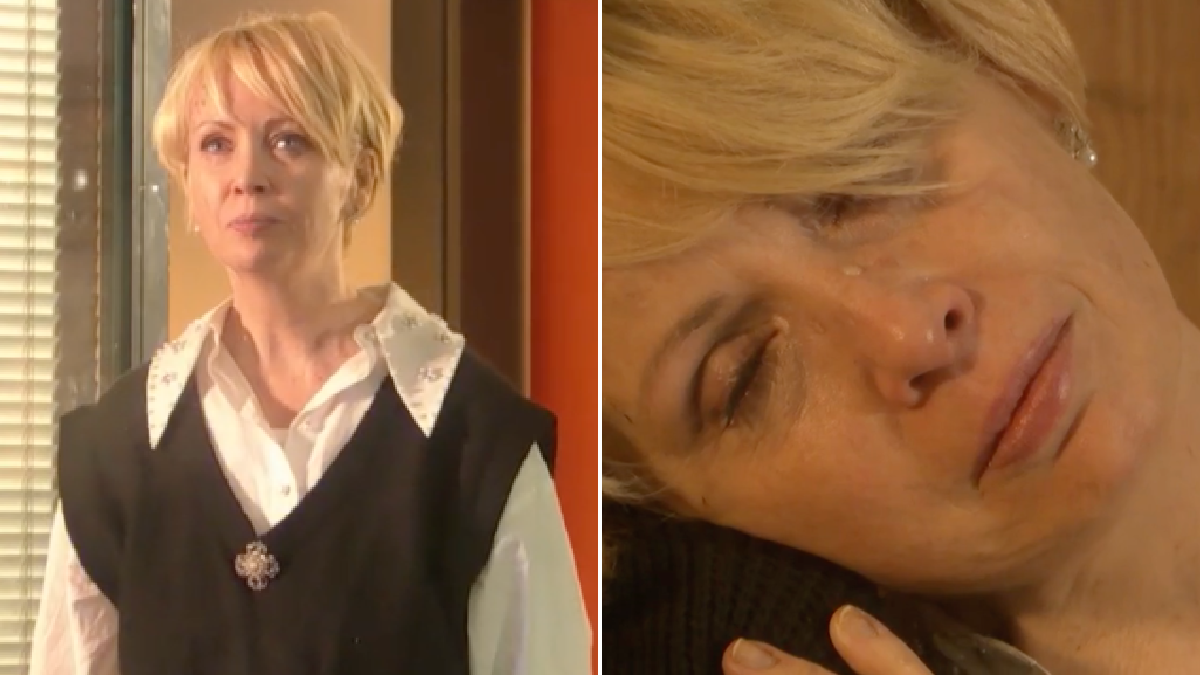 Marnie Nightingale (Lysette Anthony) has died in Hollyoaks, following the explosion at the Salon De Thé.

The popular character, who owned the patisserie that went up in smoke, was thought to be fine after the initial explosion, as she was seen enjoying the company of potential love interest Jack Osborne (Jimmy McKenna).

Juliet, as viewers will know, was injured in the explosion, and it was touch and go for a while. Matters were complicated further when Misbah Maalik (Harvey Virdi) revealed the teen needed surgery.

Marnie lashed out at James (Gregory Finnegan) for failing to turn up when his sister needed him, but ultimately he came through, determined to support his family.

Juliet, meanwhile, made a full recovery, much to the delight of Marnie, who thanked Misbah for all that she’s done, before having a heart-to-heart with Donna-Marie Quinn (Lucy-Jo Hudson).

The cafe owner explained that she struggled to bond with her own children when she was young.

‘With Romeo and Juliet, I feel like I’ve been given a second chance, and that’s because of you, darling,’ she said, in emotional scenes.

She proceeded to thank Donna-Marie for coming back and taking responsibility, telling her that she’s very ‘brave’.

‘You’ve made our world complete’, she added, before resting her head on Donna-Marie’s shoulder.

Tragedy struck, however, as Marnie died in heartbreaking scenes.

The soap stalwart had sustained a head injury during the explosion at the Salon, which is thought to have been more serious than anyone realised.

Donna-Marie called for help when Marnie failed to respond to her comments, and Misbah swooped into action, desperately trying to save her best friend’s life, as a traumatised James watched on.

But it was no use. Marnie was dead.

‘I never say au revoir,’ she had said only moments before she passed. ‘I only ever say à bientôt.’