Meghan Markle is set to make a return to TV this week in her first sit-down interview with Ellen DeGeneres.

The Duchess of Sussex will appear on the Ellen Show this Thursday with a teaser sharing a sneak peek of their cosy chat.

Reminiscing about her life as a working actress before she married Prince Harry, Meghan told the host: ‘I would park on gate three and I would scoot on over and the security guards here would always say “break a leg, I hope you get it”. So driving today was very different.’

Before joining the Royal family, Meghan was best known for starring in hit legal drama Suits. But, like every actor would know, there are obstacles to overcome before making it big – like not being able to afford a new car.

Recalling her old run-around, the Duchess laughed: ‘It had a life of its own so I had this very old Ford Explorer Sport and at a certain point the key stopped working on the driver’s side, so you couldn’t get yourself in through the door so after auditions I would park at the back of the parking lot and I would open the trunk and climb in, pull the door shut behind me and crawl all over my seats to get out. That’s how I would come to and fro.’

When Ellen asked if anyone noticed her stealth antics, Meghan said: ‘No I would play it off, I’d go “Oh, I’m just looking for my resume, highlighters for my script. Maybe it’s back there”, and then crawl in and close it.’ 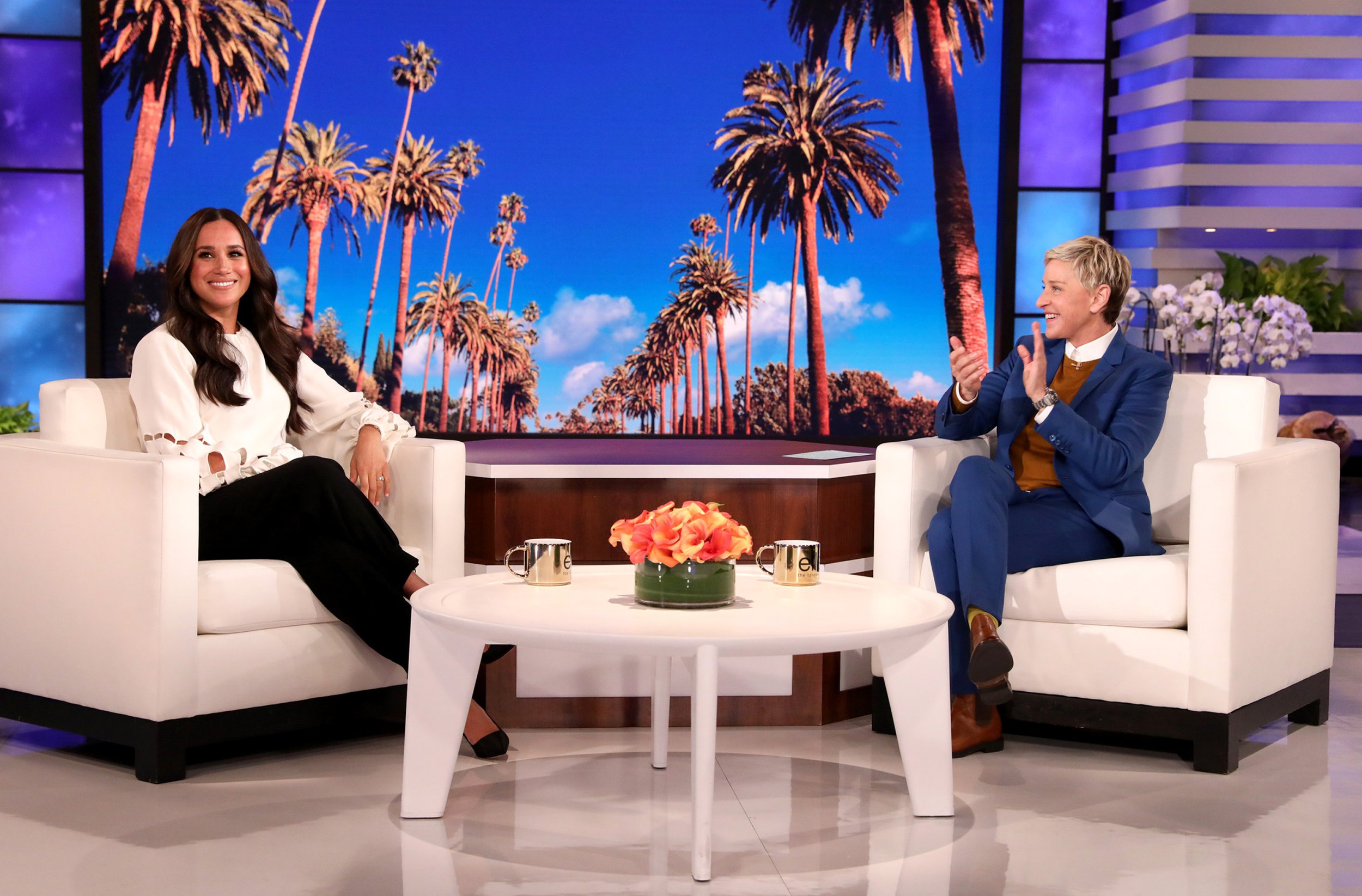 She then joked: ‘The things we do.’

Viewers will have to wait until tomorrow to find out what else Meghan will share about her life since becoming a Duchess and mother to son Archie and daughter Lilibet, both of who she shares with Harry.

Teasing the full interview, Ellen tweeted: ‘A lot has changed since the last time Meghan, The Duchess of Sussex, was on the Warner Brothers lot. Don’t miss the rest of our interview tomorrow.’

It’s Meghan’s first major TV interview since her controversial sit down with Oprah Winfrey in March.

During the two-hour special, Meghan, 40, revealed why she and Harry, 37, decided to quit as senior working members of the Royal family last year.

Notably, she accused an unnamed member of the Royal family of racism as she said they raised ‘concerns’ about ‘how dark’ her children’s skin would be when she was pregnant with Archie.

Meanwhile, Harry said he ‘felt really let down’ by his dad Charles, who was ‘trapped’ in the monarchy alongside his brother William.

It’s not known if Harry will make a cameo during Meghan’s interview.

Meghan’s interview with Ellen will be released in full tomorrow.