Naga Munchetty and Charlie Stayt were on hand to explain to BBC Breakfast the government’s latest traffic light system proposal for foreign travel which will rank countries by their risk of spreading coronavirus. However, one of the factors to face scrutiny from the plans is the cost of testing pre and post-arrival in foreign lands and whether the government should subsidise these costs to prevent consumers from forking out hefty sums. But when Munchetty grilled Transport Secretary Grant Shapps for further information, it was clear she wasn’t satisfied with a number of his answers.

Asking how much the cost of the post-arrival testing was going to be, Mr Shapps told Munchetty he didn’t know the exact answers as plans remained in their early stages.

However, Munchetty stayed on the line of questioning, telling Mr Shapps: “I am going to push you on this.

“What do you think is a reasonable price for a test? You know where I’m going with this,” Naga said as she cited the possible costs for a family of four.

“First of all, I wish there wasn’t any cost at all,” Mr Shapps began to reply before Naga cut in: “But there is, isn’t there? That’s the nature of the pandemic.” 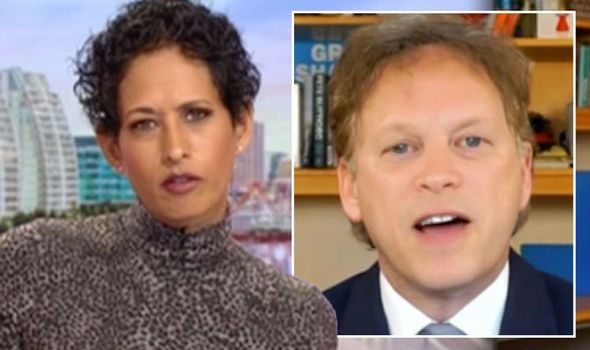 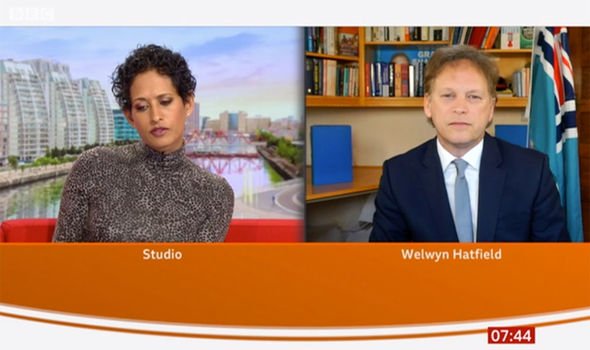 Mr Shapps took the interruption in his stride as he answered: “I don’t know what the scientifically valid cost is,

“But it does seem to me that those higher ends should be driven down by more competition in the marketplace.

“I can’t give you exact figures but we are trying to drive that down.”

But Munchetty pushed further again, asking for a “reasonable amount” only to be met with Mr Shapps’ reiteration that he didn’t know exactly and that he’d prefer “no cost”. 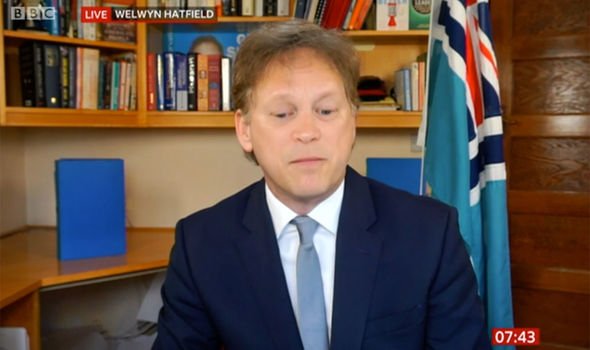 “But there’s got to be something for us to prepare for, hasn’t there?” Munchetty butted in once more.

“I’m afraid we’re going to have to wait and see what that can be driven down to,” Mr Shapps repeated when asked once more about the costs.

This wasn’t the first time the two found themselves talking over one another in the same interview as Munchetty found herself interjecting on a number of other occasions.

However, this didn’t sit well with a number of viewers who took to the web to voice their frustrations at the conduct of the interview.

“Once more driven to screaming at the tv by Naga Munchetty’s ‘questioning’ of Grant Schapps,” one fan vented on Twitter.

“Same (pointless) question over and over, no listening to answer. Only likes sound of her own voice. Shut up. Move on. #BBCBreakfast,” they added.

A second weighed in: “@BBCBreakfast naga as I watch you more and more I realise that you are incredibly rude. You continually ask the same impossible to answer question.

“As for people’s holidays. Well a foreign holiday is not an entitlement its a luxury. Stay in the uk and pump money into our economy.” (sic)

A third added: “Just turned on @BBCBreakfast for a minute. Not watched it for ages.

“B*****y hell Naga is aggressive and rude to @grantshapps Grant being very clear and reasonable. Why be so aggressive?”

While a fourth tweeted: “@BBCBreakfast why is it that we can never listen to any answers from politicians without Naga Munchetty snarling at them and constantly interrupting them and talking over them?”

BBC Breakfast airs daily at 6am on BBC One.