Home cooks can now “nail it” now that the Netflix hit show Nailed It! is giving away some of their favorite recipes. “Nailed It! Baking Challenges For The Rest Of Us” cookbook released today, is packed with tips, tricks, and detailed recipes behind the incredible cakes and baked goods from fan-favorite episodes. Magical Elves, the powerhouse unscripted production company and creators of the series offered an exclusive sneak peek recipe to Showbiz Cheat Sheet readers. This sushi board cake will definitely be a delicious disaster.

The “Sushi Board Cake” from Nailed It! Season 1, Episode 5 “Big in Japan” is featured in the cookbook. The emoji cakes from the episode were a mere warm-up for the contestants. They were eventually tasked with creating an entire sushi board from buttercream, flour, sugar, and candy from door number two. The sushi board cake includes its flourishes of ginger and wasabi for authenticity. The contestants’ reaction when they saw the masterpiece? “Oh no!” 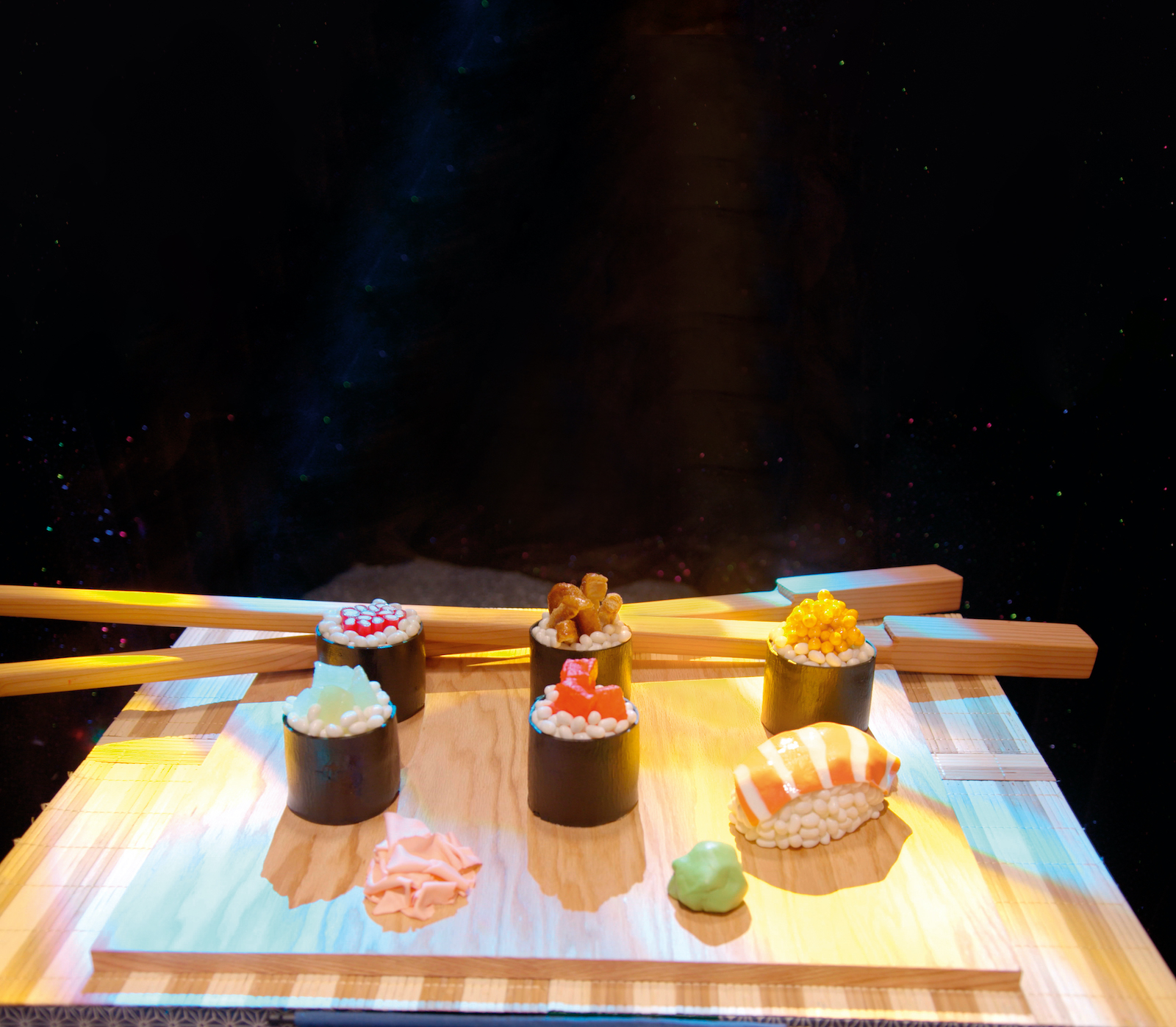 According to the recipe: “Impress your friends with these five oversize maki rolls and one huge salmon nigiri sushi—all made from cake! The salmon sushi is a white vanilla cake topped with jellybeans, the maki rolls are constructed from jelly-rolled chocolate coffee cake, and the side of ginger and wasabi are edible fondant.”

What will you need to make a sushi board cake?

Nailed It!’s Jacques Torres described how the cakes were made during the episode. But the recipe will take home cooks through the process step by step. This cake requires one big sushi cake, plus maki cakes. Cooks will need a 5-inch (12-cm) oven-safe ramekin. Plus a 13 by 18-inch (33 by 46-cm) half-sheet baking pan. A large wooden cutting board acts as the cake base. 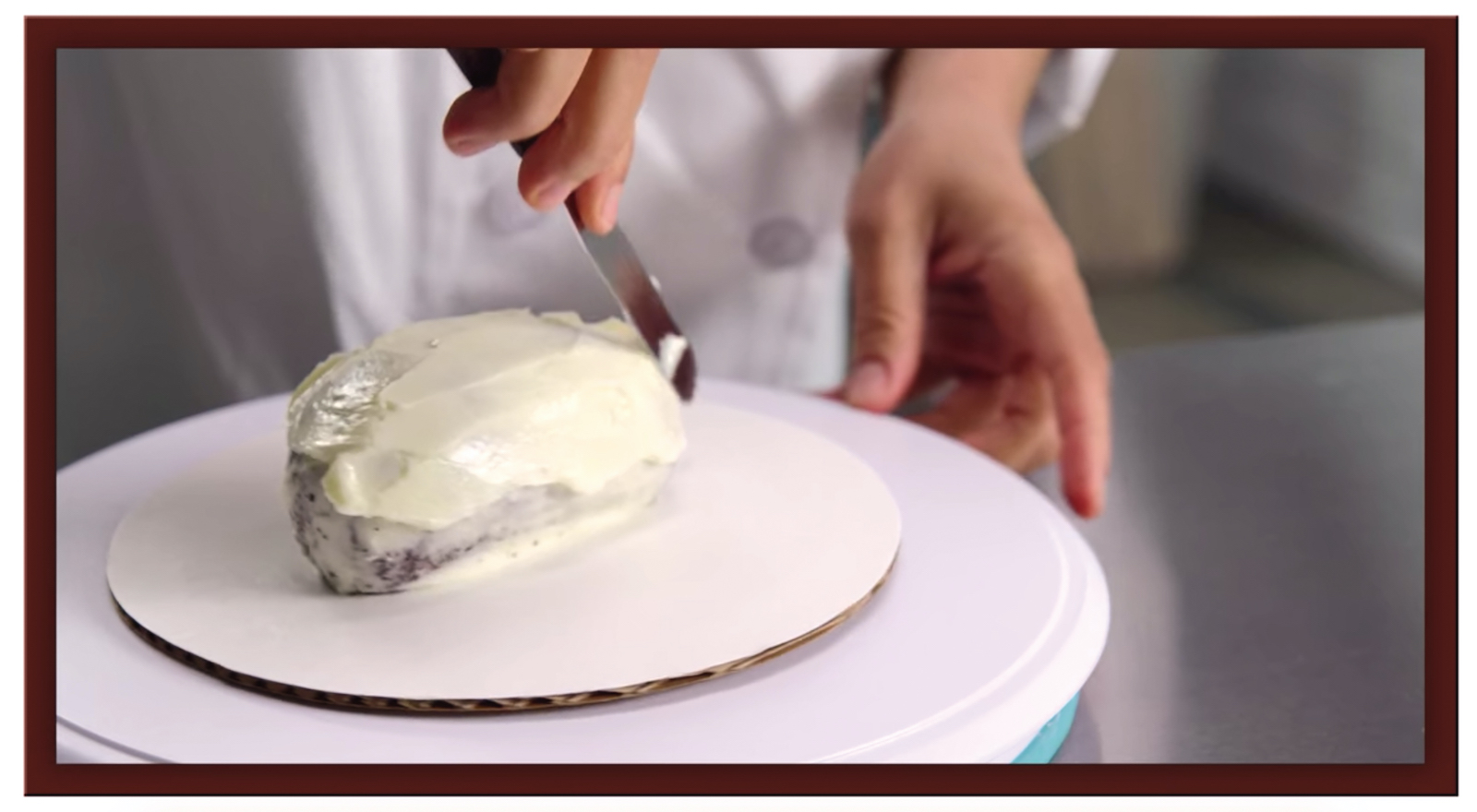 Cakes are covered in buttercream and fondant to create realistic pieces of sushi. “Remove the cooled sushi cake from its pan and carve into a large bean shape. Cover with a layer of buttercream,” according to the recipe. 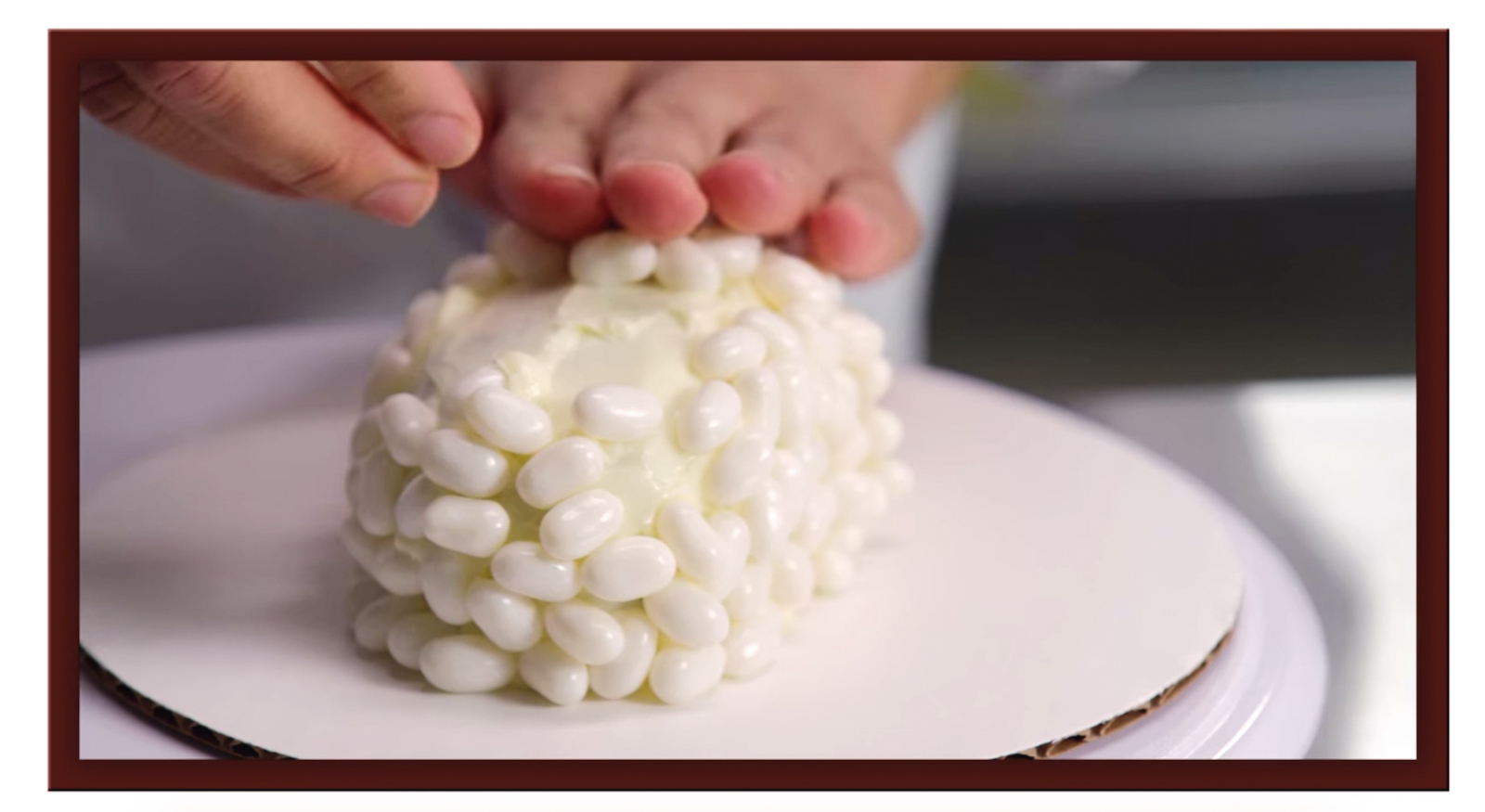 Decorate the sushi by pressing white jellybeans all over the buttercream. Make the “fish” by using a pinch of white fondant and use orange food coloring to color it orange. One of the Nailed It! contestants laughed about how her hands resembled Halloween by the time she was finished creating her cake. 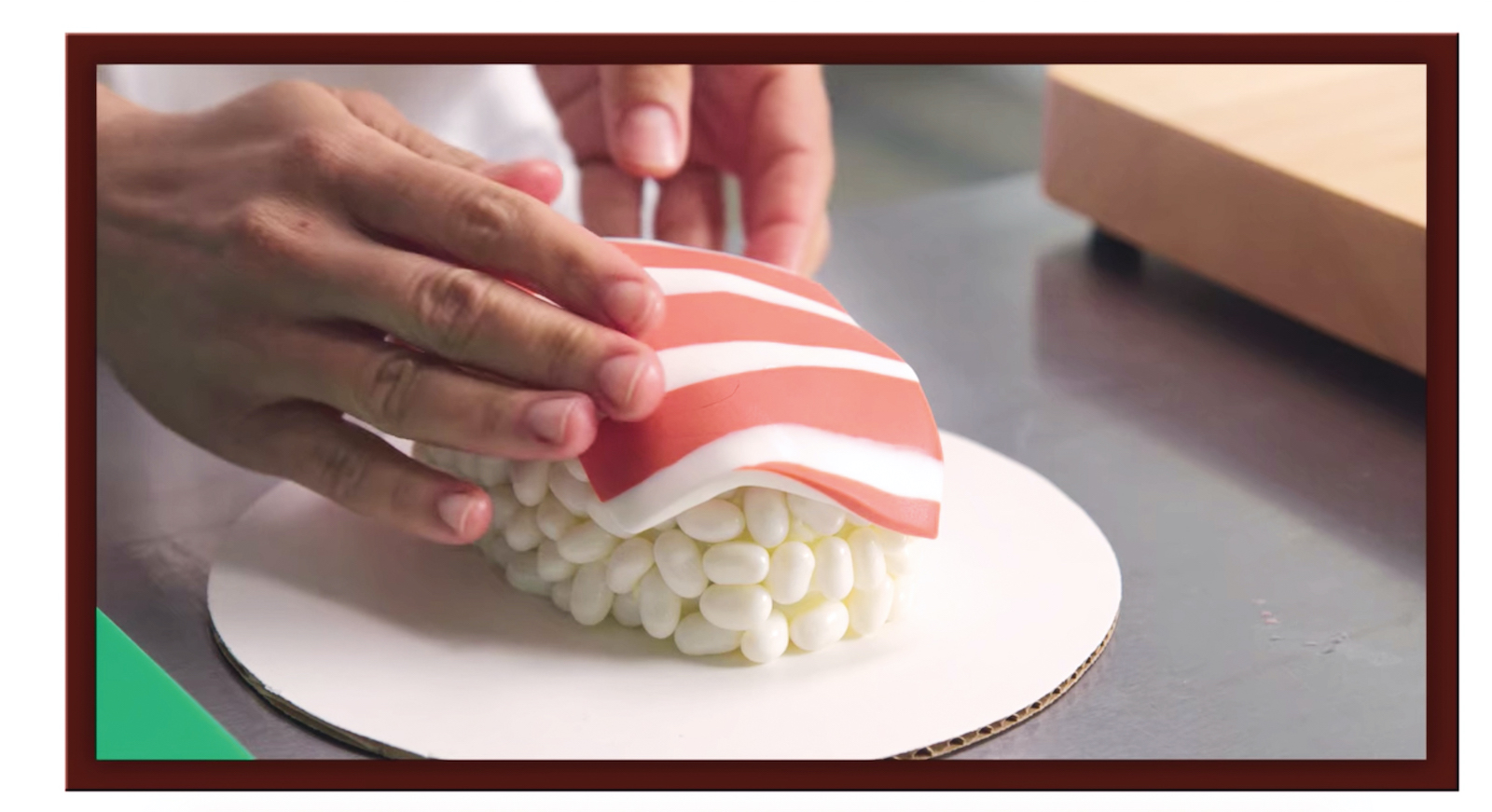 To make the maki rolls, “Gently unroll the cooled maki cake and remove the parchment paper. Spread a thin layer of jam onto the cake. Top with a thin layer of buttercream. Tightly roll the cake back up. Wrap in plastic wrap and refrigerate for 10 minutes.” 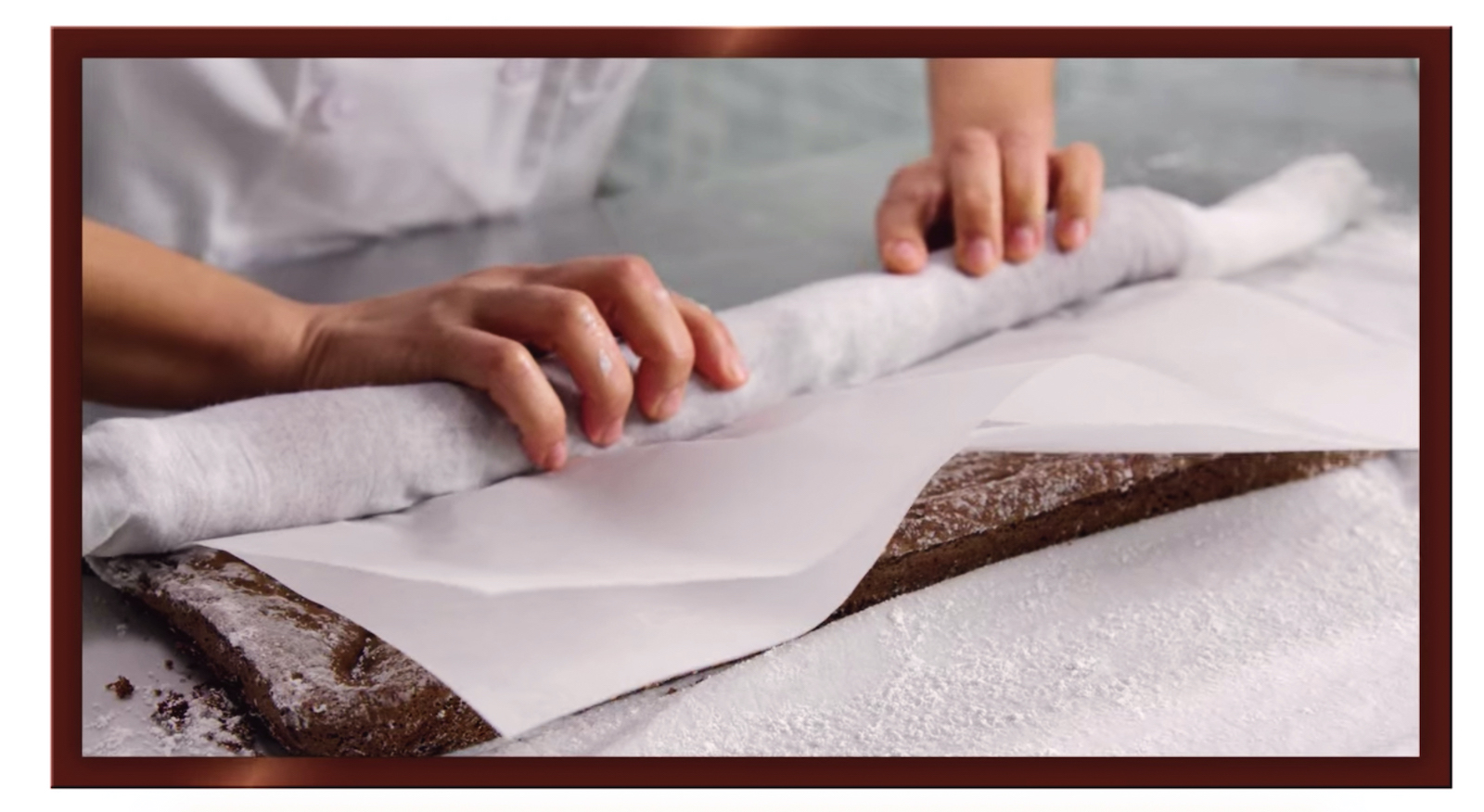 One of the biggest challenges is having to roll the cakes to create the actual sushi roll pieces. The Nailed It! contestants may have had a panic button on the show because they were timed. But home cooks don’t have to worry … they have all day.

When you are ready to decorate, color a small amount of fondant green and another small amount orange. Color the rest of the fondant black. 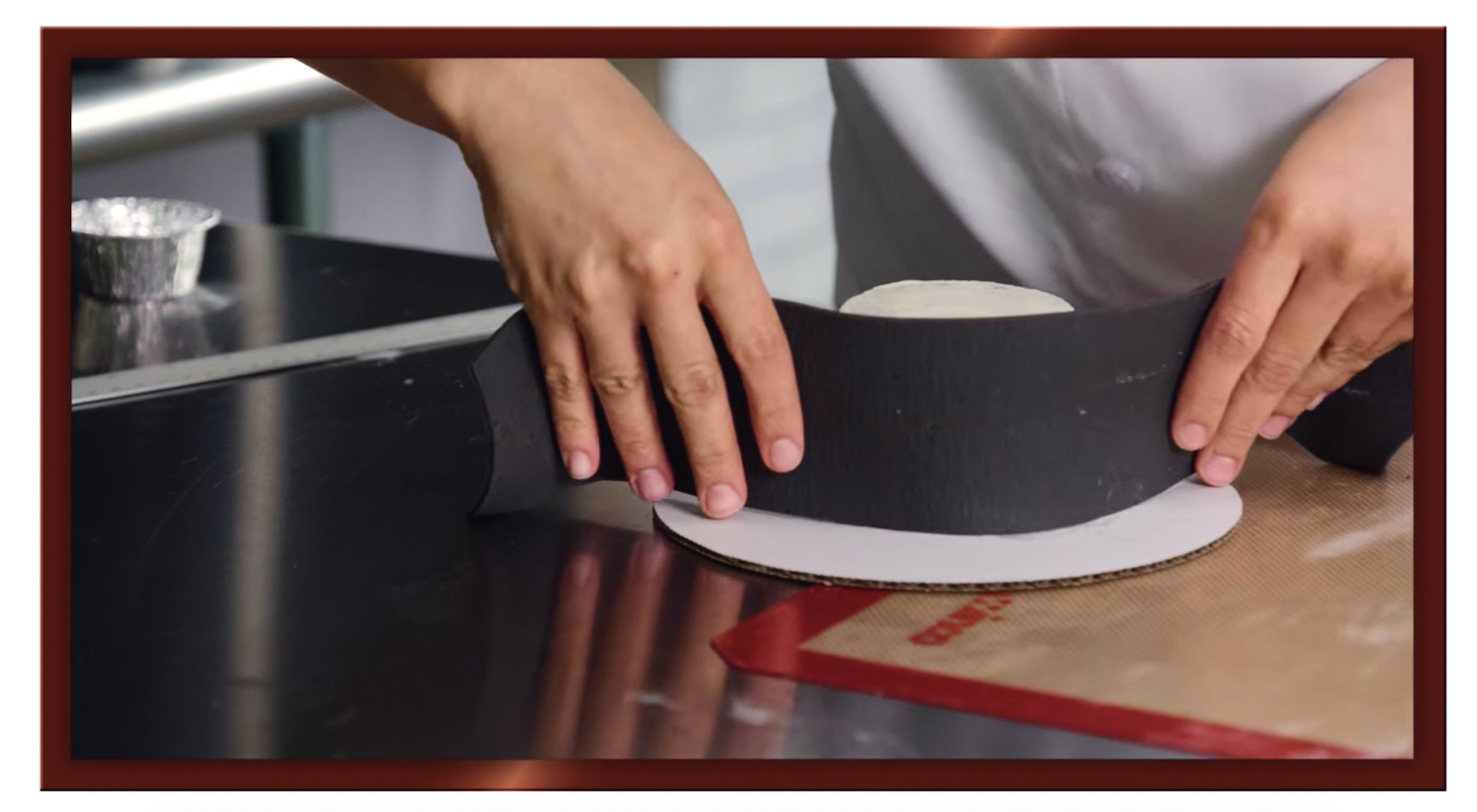 Remove the cake from the refrigerator and cut it into five equal pieces – those are your sushi pieces. Cover the outside with black fondant and decorate. “Fill the tops of the maki rolls with white jellybeans for rice and decorate with strips of bread and the various candy.”

Where can you buy the Nailed It! cookbook?

The sixth season of the Magical Elves-produced Nailed It! is streaming on Netflix, and the official companion cookbook “Nailed It! Baking Challenges for the Rest of Us” is now available to order. 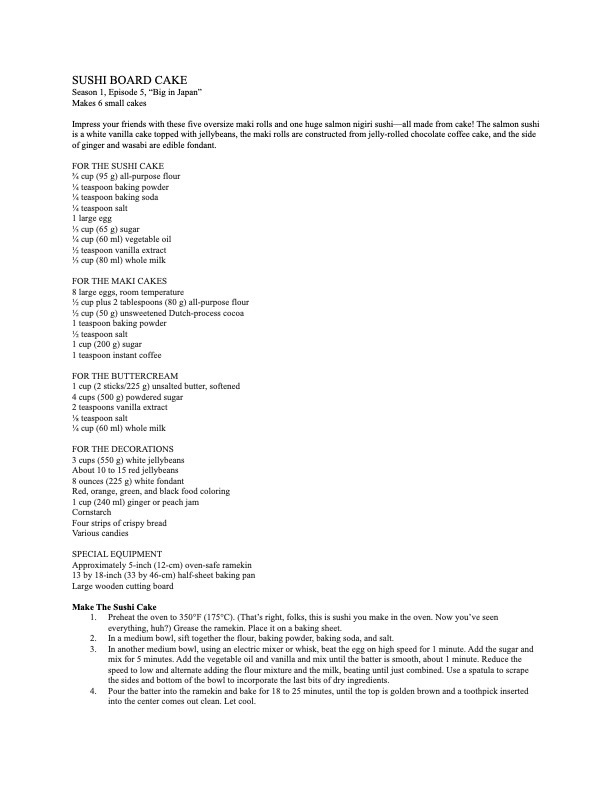 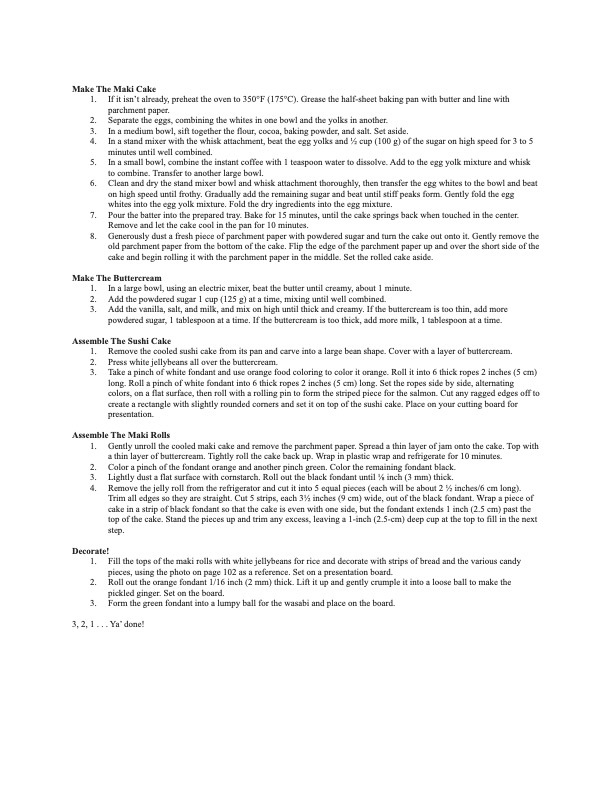