NBC’s getting back into the swing of topping primetime for 2022, winning its second consecutive Sunday with the latest NFL Football showdown between the Los Angeles Chargers and Las Vegas Raiders.

Sunday Night Football, which saw a tight game between the two teams, was the evening’s highest-rated and most-watched program. The Raiders clutched the win 35-32 against the Chargers. Per fast affiliates SNF earned a 4.0 rating in the 18-49 demo and 14.50 million viewers, an impressive rise from the previous week’s game (3.7, 14.33M). Numbers are set to rise pending adjustment, as is the case with major live events including sports. As for other Sunday sports titles, Football Night In America (2.4, 9.30M) rose from the previous week and The OT (2.6, 10.34M) dipped.

When it came to the Sunday’s scripted programming 60 Minutes returned to top the night (1.3 9.89M), up significantly from the previous week when it lost to the premiere of Fox’s Next Level Chef. CBS’ primetime started a little later that scheduled due to football overrun.

ABC’s evening peaked with Celebrity Wheel of Fortune (0.6, 4.42M), up two tenths in demo rating from the previous week and 11% in viewers. 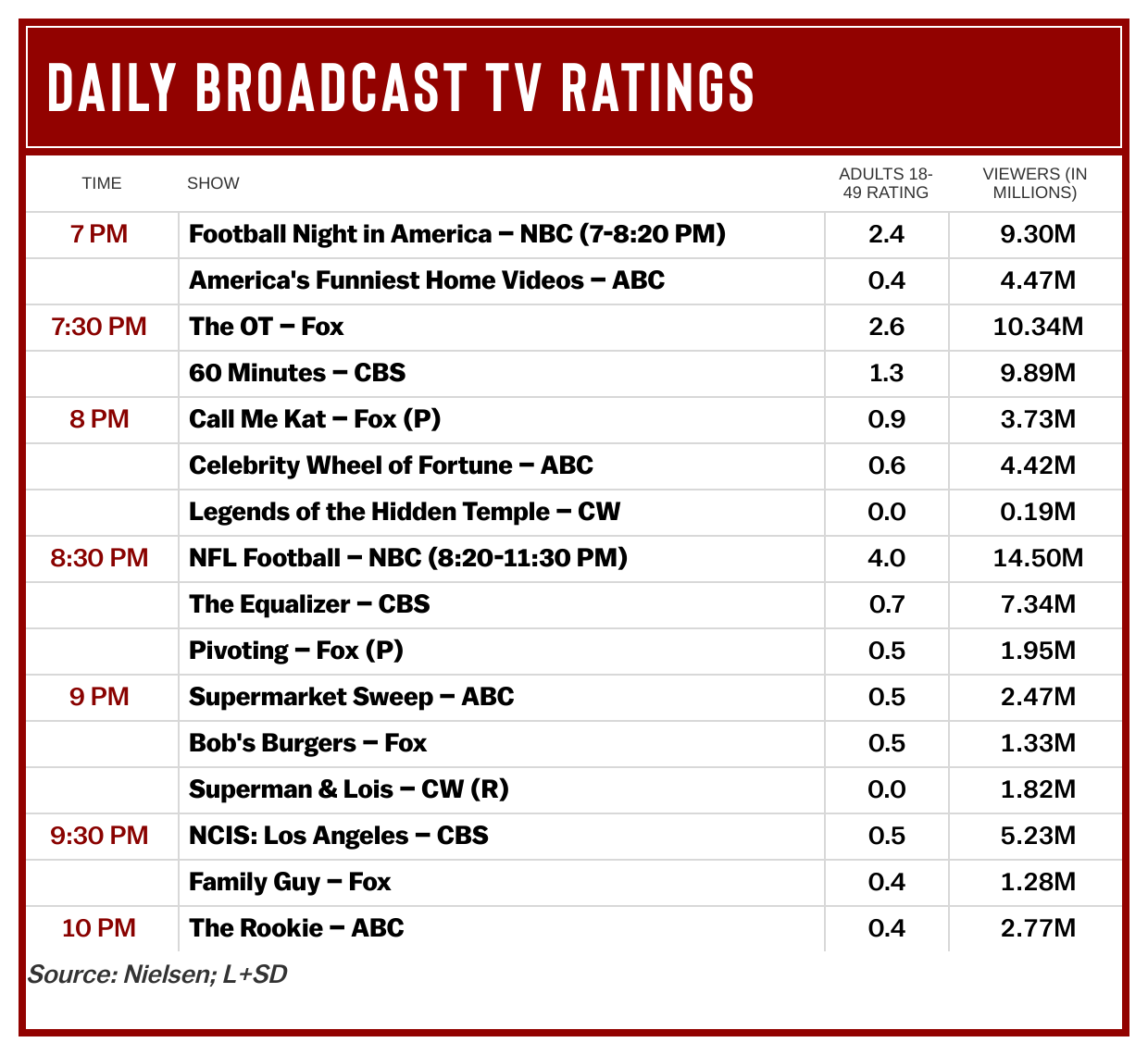