Neighbours: Pierce and Dipi are confronted over their affair

Toadie (played by Ryan Maloney) has had several failed attempts at romance since his late wife, Sonya Rebecchi (Eve Morey), passed away two years ago. As well as a fruitless reunion with his ex-wife Dee Bliss (Madeleine West), the father-of-two has also recently split from his girlfriend Audrey Hamilton (Zahra Newman) after discovering she stole money from a dead man. With so much misery, Neighbours viewers might think the Channel 5 soap stalwart is just about ready to give up on a relationship. But it seems sparks are about to fly between him and Melanie Pearson (Lucinda Cowden).

It was announced late last year Melanie was making a return to Ramsay Street 30 years after she last appeared as a regular cast member.

As well as reminiscing about the good old days with some of her former neighbours, the beloved character is also going to have some interactions with a few new friends.

Most notably, she will strike up a bond with Toadie in upcoming scenes but as the weeks pass by, it seems romance is in the air.

However, just like all relationships in Erinsborough, things don’t go too smoothly to begin with, as the actress who plays Melanie, Lucinda, told Express.co.uk in an exclusive interview.

The soap star explained: “She gets involved in Dipi’s (Rebecchi -Sharon Johal) possible divorce because Dipi can’t really speak to [her brother-in-law] Toadie about it.” 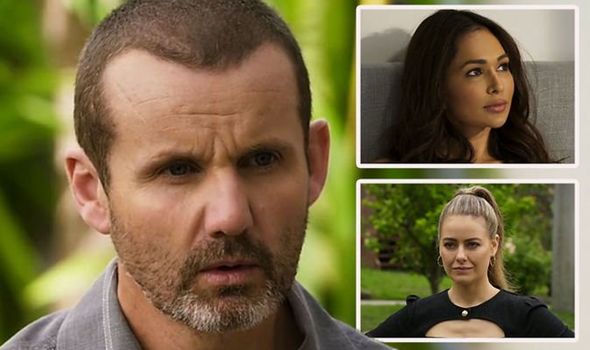 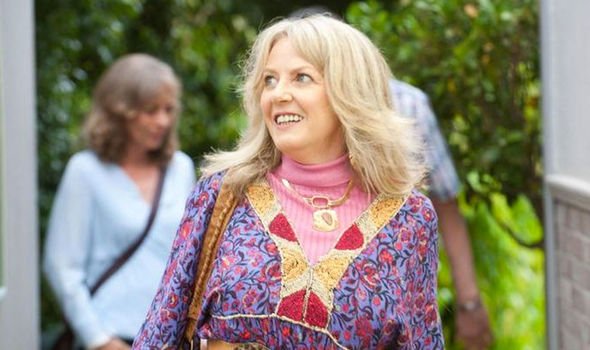 “Melanie gets her legal eagle on, and let’s just say Toadie isn’t particularly impressed. Melanie gets a bit ahead of herself,” she added.

“But all in the name of trying to help a sister out,” the actress continued, before going on to tease more scenes between her character and Toadie.

It seems although he doesn’t agree with her sticking her nose into brother Shane Rebecchi’s (Nicholas Coghlan) business, the stalwart will find a soft spot for the returning character.

Lucinda said: “This time, [there’s] lots of work with Ryan Maloney who plays Toadie. She’s going to be working for him as a personal assistant and they become really good mates.” 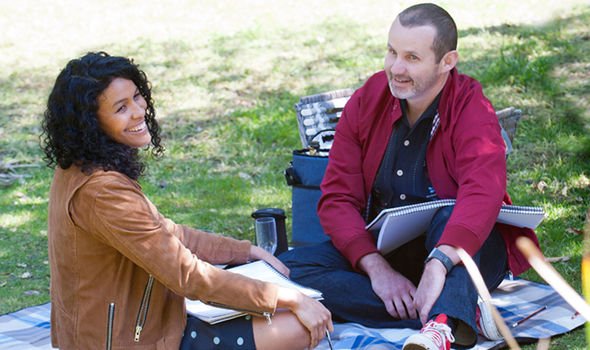 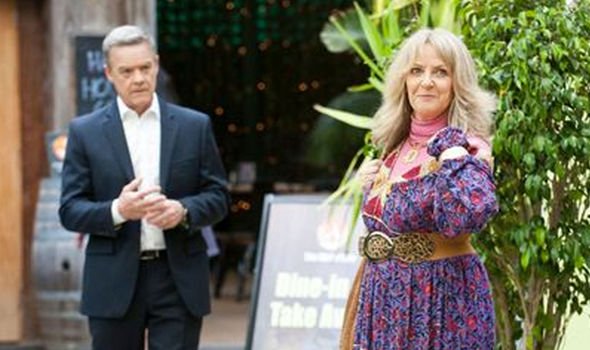 Toadie and Melanie have a good laugh

“[Ryan’s] who I’ve been working with mainly and he’s really great fun to work with,” the soap star explained.

“Toadie and Melanie have a good laugh and neither of them takes things too seriously, which is nice as he’s had a lot of heavy stuff of late, so it’s good to lighten him up again!”

With both characters currently single and as Valentine’s Day approaches, love could finally be in the air for Toadie.

They might not be the most conventional couple of paper but with his history of failed romances, the father-of-two could use someone whose life is less chaotic.

Toadie’s new romance was also teased in the promotional video shot by various cast members at the end of last year.

Whilst most of the characters were seen socialising with people who they feature in storylines with, the father-of-two was seen standing next to a mysterious blonde woman.

It was later revealed this was Melanie, who has quite the history on Ramsay Street after starring in the weekday serial drama between 1987 and 1991.

This was the same time Paul Robinson (Stefan Dennis) was on the soap and viewers will see him trying to avoid the beloved character following a one night stand they shared together years ago.

Discussing being back on the set, Lucinda said: “It feels great, I feel really blessed, really lucky – especially to be working at the moment when so few are.

“And I feel really thankful that the producers thought about getting me back! Apparently, they looked me up on Instagram and that’s how they realised I was here in Australia and not in the UK!”

Teasing her character’s future on the show, the actress added: “I couldn’t possibly decide, that’s the viewers’ decision!

“I’m really hoping so, so we will just have to wait and see. Keep your fingers and toes crossed!”