Home » TV & Movies » One of 'Diners, Drive-Ins, and Dives' Most Popular Burger Joints Has an Incredibly Tragic Story

Diners, Drive-Ins, and Dives host Guy Fieri has visited Hodad’s in San Diego numerous times throughout the show’s history. The restaurant has also been part of other Food Network specials, and it’s become a destination for fans.

The Ocean Beach staple is a classic American diner with walls covered in classic license plates and a menu that features a famous assortment of burgers. But despite its massive popularity, the burger joint actually has an incredibly tragic story. 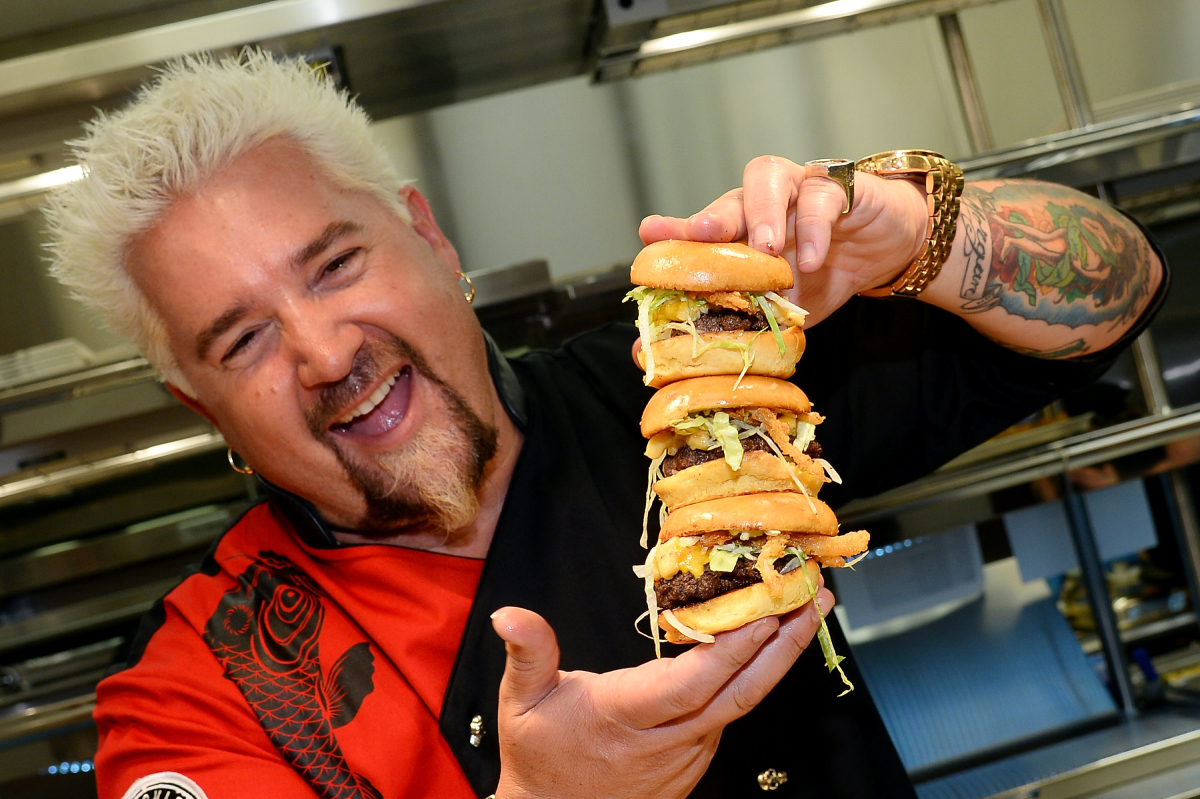 ‘Diners, Drive-Ins and Dives’ featured Hodad’s in seasons 2 and 17

The celebrity chef also returned to the restaurant in 2019 to shoot another Food Network program. And, it was featured on the channel’s “Top 10 Burgers” and “With Bacon” specials.

According to 10 News San Diego, the relationship between Hodad’s and Fieri inspired the restaurant’s Guido Burger. That is a pastrami-smothered burger topped with swiss cheese, grilled onions, pickles, ketchup, and spicy brown mustard.

When Fieri visits, he always takes the opportunity to mingle with the crew and take selfies with fans. And on the Diners, Drive-Ins, and Dives website, Fieri puts Hodad’s at the top of his recommendations list. Not only does he love their burgers, but he also loves their motto of “no shirts, no problem.”

In 1969, Mike Hardin moved to San Diego with his parents when they opened Hodad’s at Ocean Beach. Over the years, Hardin’s cooking skills – and his affiliation with Fieri – made him a local burger legend. He took over the restaurant from his parents in the 1980s, and he ended up opening two more Hodad’s locations. One in downtown San Diego and the other in Petco Park.

Hardin was a local celebrity and “favorite son” who had been dubbed “the unofficial mayor of Ocean Beach.” He was known for his kindness, generosity, and charming smile. As well as his mohawk and his tattooed knuckles that read “Boss Man!”

But in 2015, tragedy struck when Hardin was found dead in a Holiday Inn hotel room. According to The San Diego Tribune, Hardin checked into the hotel off state Route 99 in Chowchilla, California, on a Wednesday night after visiting his daughter in Oregon. The next morning, hotel staff found him dead. There was no evidence of foul play. But, the coroner did perform an autopsy on the 54-year-old because the death was unexpected.

The coroner’s report obtained by San Diego NBC 7 News showed that Hardin had died from a heart attack. It was brought on by an enlarged heart and severe coronary artery disease. The coroner also found evidence of a previous heart attack, plus lung and liver problems.

The host of ‘Diners, Drive-Ins, and Dives’ paid tribute to Mike Hardin

Hardin’s death was a massive blow to the Ocean Beach community, as well as the city of San Diego. Thousands of his friends and family gathered at Petco Park to pay tribute to the owner of the city’s iconic burger joint. The celebration of life featured a tribute video and live music performances. Fieri also spoke at the event, as he and Hardin had become close friends over the years.

“There’s so many other words that help explain Mike. I want you to think about these words for a second, because they’ll touch each and every one of us in a different way,” Fieri said.

Among the words he listed were respect, love, and appreciative. But Fieri said there was one word that mattered most of all.

“Friend is a deep word. Friend is all of those words coming together and Mike was that. And Mike was a friend in any capacity: if he just met you, if he knew you or he was your dad…he was your friend,” Fieri said as he hugged Hardin’s son, Shane.

Fieri also shared his thoughts about Hardin on Twitter. He wrote, “RIP Mike Hardin “boss man”. You helped the world in so many ways. We will miss you everyday.”