Denis Villeneuve’s sweeping “Dune” leads the way in the VFX race as a cross between “Lawrence of Arabia” and “Star Wars.” But there is plenty of competition from the other shortlisted films, which includes four Marvel movies (“Black Widow,” “Eternals,” “Shang-Chi and the Legend of the Ten Rings,” and “Spider-Man: No Way Home”), “The Matrix Resurrections,” featuring the return of Neo (Keanu Reeves) and Trinity (Carrie-Anne Moss) and an update on the iconic “Bullet Time”; and “No Time to Die,” which involved an elaborate assault on the beloved Aston Martin DB5 in Matera and the construction of a special rotating gimbal to support a sinking trawler sequence.

DNEG created spectacular VFX for the otherworldly “Dune” (overseen by two-time Oscar-winning production VFX supervisor Paul Lambert and Oscar-winning SFX supervisor Gerd Nefzer). Shot in Budapest, Jordan, United Arab Emirates, and Norway, the work is both epic and intimate, from the wind blown sand, to the raging sandstorms (done practically at the director’s request), to the flying insect-like ornithopters (requiring a special in-camera setup and backed by photoreal exteriors) to the iconic CG sandworms, which cause the entire desert to vibrate with the help of custom-built mechanics.

Oscar winner Chloé Zhao (“Nomadland”) brought her visually stunning aesthetic to the ambitious “Eternals,” breaking free from Marvel’s reliance on virtual green screens by shooting on location in the Canary Islands and Oxford and London, England. Zhao also leaned on practical effects as much as possible while utilizing her reliance on long takes. For the exotic world building, spanning 7,000 years, the director was inspired by manga and the MCU legacy. For the epic story involving mythological caretakers of humanity, the VFX centered on beauty, invention, and destruction. The work was shared by Weta Digital, Industrial Light & Magic, Scanline VFX, and Luma Pictures, among others. There’s a lot of graphic simulation work, but the standout is the CG Deviants, who are both breathtaking and monstrous.

“Shang-Chi and the Legend of the Ten Rings,” the MCU’s introduction to Chinese wuxia fantasy adventure, offered several unique VFX opportunities: manifesting the power of the titular rings, creating Marvel’s first dragons — the Great Protector and the Dweller in Darkness — and conjuring the adorable Morris, the headless, six-legged, furry friend to Ben Kingsley’s court jester, Trevor. The look of the titular rings associated with the immortal Wenwu/The Mandarin (Tony Leung) evolved from an extravagant display of colorful energy to a more subdued one. Weta — best known for Gollum, Kong, and the acclaimed “Planet of the Apes” trilogy — has also delved into dragons (“Pete’s Dragon” and “Game of Thrones”), and created two very imaginative creatures for “Shang-Chi”: The Great Protector is a serpent-like, wingless water dragon, while the soul sucking Dweller is a winged, tentacled, eyeless creature.

In “No Time to Die,” it was important for director Cary Joji Fukunaga to complete Daniel Craig’s arc as Bond by tying up all five films. This meant emphasizing the emotional connection to Bond, even during the high-octane action sequences, which impacted the VFX. The DB5 sequence during the extended pre-credit teaser was riveting. Bond and Madeleine (Léa Seydoux) are in the iconic car surrounded by villains and the windows are progressively weakened by gunfire. Bond sits frozen in anger, with Madeleine getting increasingly frightened, before he flicks the switch, guns appear, and he strafes the area 360 degrees around him, hits the smoke, and then escapes. The doughnut square where the DB5 is finally trapped, was comprised of many ancient buildings that were to be strafed 360 degrees with a pair of mini-guns. The bottom four feet of all the buildings in the square were recreated and added to the existing buildings. Pyrotechnic charges were embedded into those sections and initiated when the car spun around. 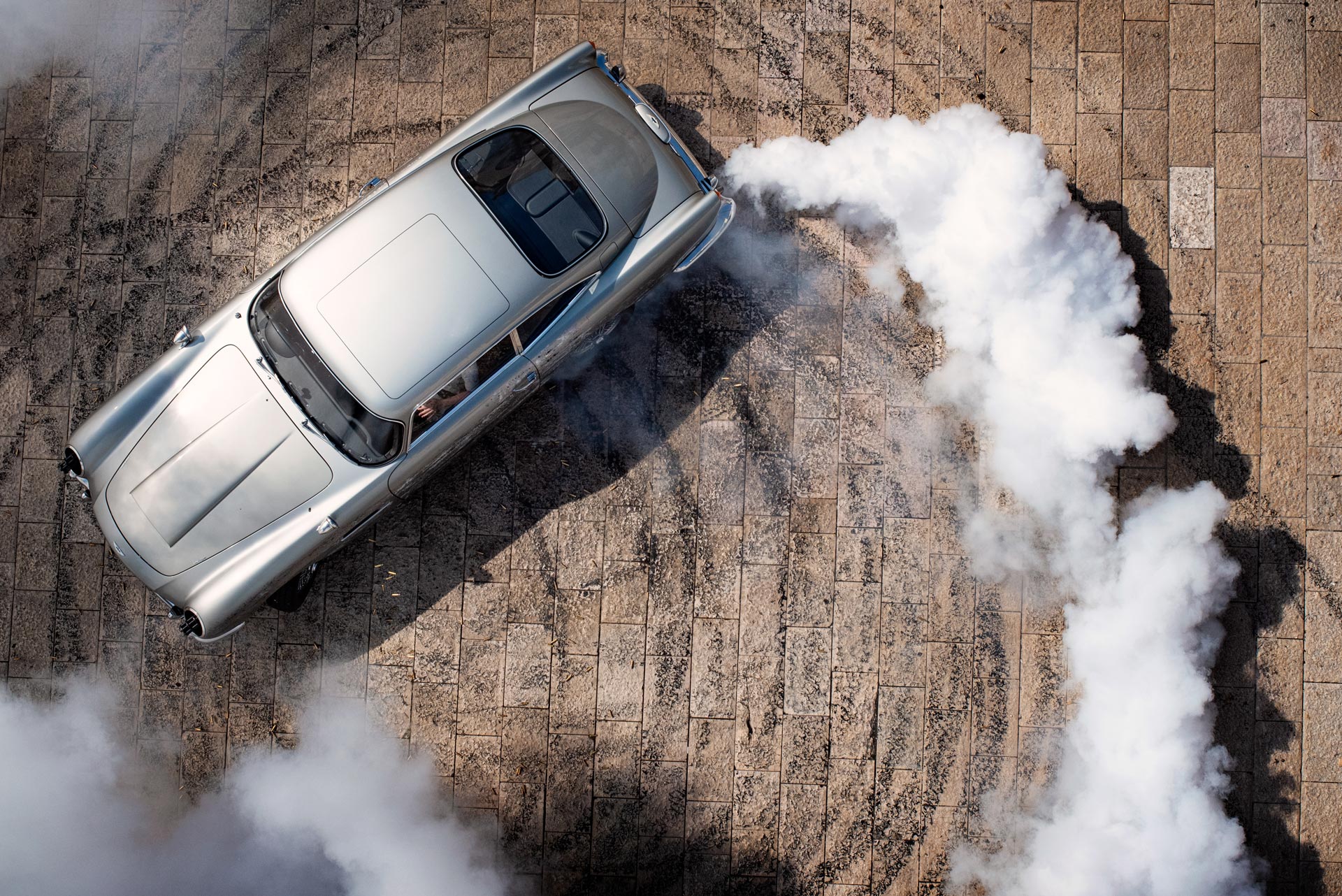 The line between real and digital is deliberately blurred in “Free Guy,” with Digital Domain assisting in the jumping between live-action and CG based on the POV of Ryan Reynolds’ heroic Guy and other characters. To populate the digital version of Free City, DD created CG versions of many of the characters, including Guy. To create the gamesetting, DD used the previs assets, and built nearly 100 3D environments, created from modular buildings, then altered with different textures and materials. Artists then added individual flourishes by hand to replicate and stylize the real-world Boston locations, including storefronts, residential, and commercial buildings. DD also used its proprietary face-swapping tool, Charlatan, for the first time in a feature. This was used for redoing Channing Tatum’s BadAss speech, which required a script revision. Artists created a new facial model of BadAss by hand, then used Charlatan to combine it with the original performance.

Listed in alphabetical order. No film will be considered a frontrunner until we have seen it.