Amanda Owen explained the farm would face a tough winter, with a collapsed roof to fix and more problems set to occur. A recent episode of Our Yorkshire Farm saw the mother-of-nine attempting to round up dozens of sheep who were at risk of perishing during winter storms. The Channel 4 show documented the Owen family as they took precautions against the harsh weather to save the animals and try to fix the broken roof.

The Owens had recently purchased another 30-acre farm, featuring four barns and a derelict farmhouse.

But the home needed to be renovated as the roof had collapsed in.

Amanda explained: “We can’t do anything inside until we’ve made it safe above.

“All of the woodwork in the roof is rotten, so you don’t want to be spending too much time in there just in case it all comes crashing down on top of you.”

The pair were concerned about another Yorkshire winter hitting the farmhouse, and enlisted the help of a specialist builder. 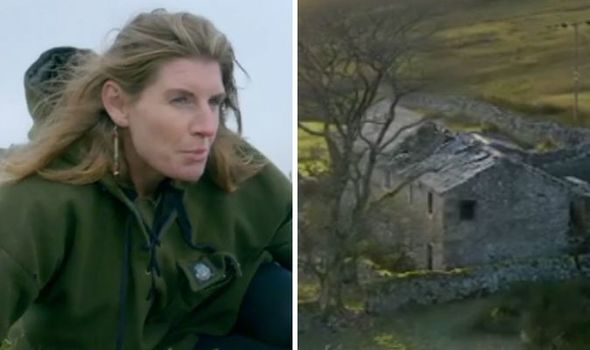 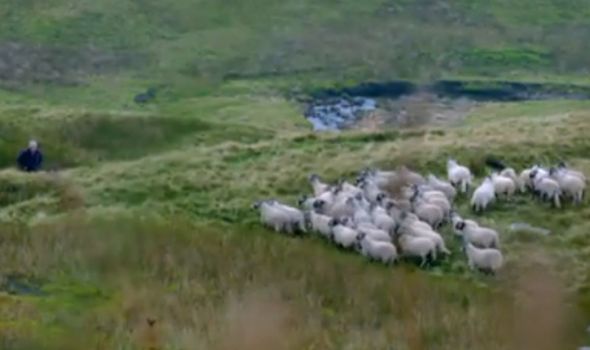 To make matters worse, the couple had only one child at home to help them in the race against time.

Eight of their children were at school, so it was down to four-year-old Nancy to help her parents rescue the sheep.

In preparation for the winter months, the animals had to be collected to be sheared, or they would succumb to the dangerous conditions.

Explaining the task to Nancy, Amanda said: “These sheep – we don’t know where they’ve been, they didn’t come in in July to be sheared so they’re really late they’ve missed their hair appointment – when it snows they’ll turn into giant snowballs.” 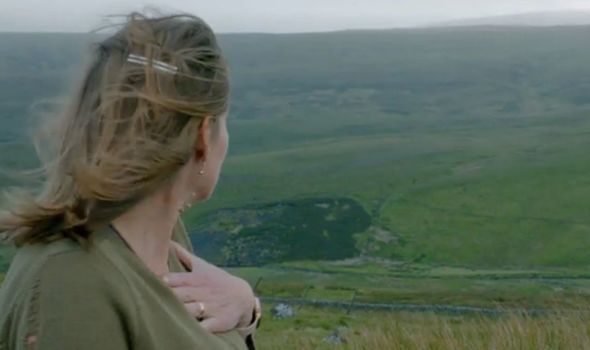 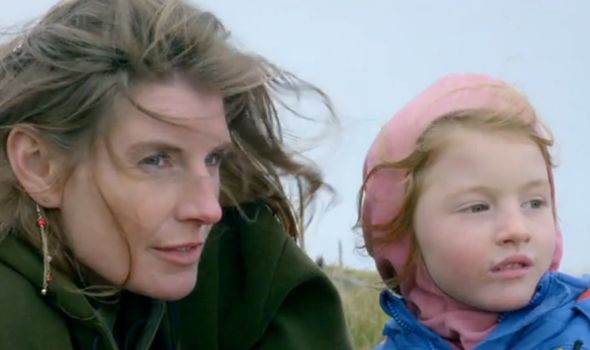 The couple journeyed to Ravenseat’s furthest boundary to make sure they hadn’t missed any of the vulnerable sheep.

But on the way they were followed by two of their smaller dogs.

They didn’t realise they would have the dogs in tow until they spotted them running after the truck.

“We have terriers,” Amanda explained. “And terriers aren’t that helpful when it comes to rounding sheep.”

Coming up with a place, Clive said: “Okay, you go round there and I’ll watch from the top.”

“I’ll see you in a bit,” Amanda said, venturing down the hills after the animals.

In order to capture a single sheep, an entire flock would need to be gathered – and they were spread over hundreds of acres on the Yorkshire Dales.

The couple normally have their children to help them with the job, but this time they were forced to do it alone.

But little Nancy was on hand to do what she could, following her parents along the hills to spot the animals.

One scene showed Clive grabbing a sheep that needed shearing.

Amanda explained: “We’ve spotted one, and we’re just going to pick her up on the way back home.

“In the meantime, we’re just going to have a look at these across here and see if we can catch any there.”

Thankfully, their trusty sheepdog Midge managed to round up the flock and led them to Amanda and Clive.

Our Yorkshire Farm is available to watch on Channel 4 OD.