On the heels of Deadline’s announcement the Outlander prequel Outlander: Blood Of My Blood is in development at Starz, Diana Gabaldon revealed her participation has not yet been secured. Deadline has reached out to Starz for clarification and will update the story when it’s available. 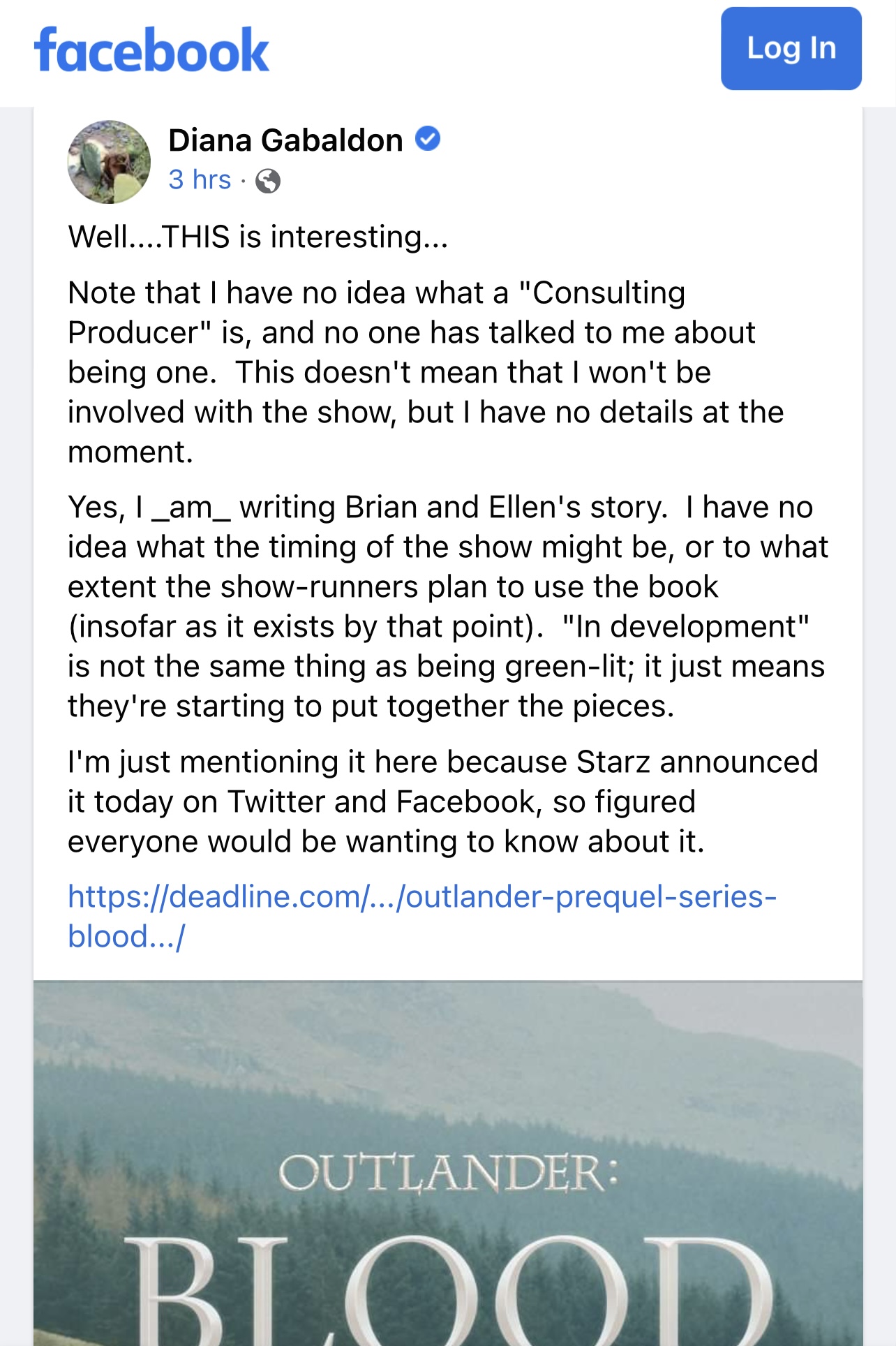 Gabaldon is the author of the Outlander book series on which the show is based. She announced she was working on a prequel book following the love story of Jamie Fraser’s parents Brian and Ellen—as is the prequel series—in February.

“Well….THIS is interesting…Note that I have no idea what a ‘Consulting Producer’ is, and no one has talked to me about being one,” Gabaldon wrote via her official Facebook account early Friday. “This doesn’t mean that I won’t be involved with the show, but I have no details at the moment.”

She continued, “Yes, I am writing Brian and Ellen’s story. I have no idea what the timing of the show might be, or to what extent the show-runners plan to use the book (insofar as it exists by that point). ‘In development’ is not the same thing as being green-lit; it just means they’re starting to put together pieces. I’m just mentioning it here because Starz announced it today on Twitter and Facebook, so figured everyone would be wanting to know about it.”

Outlander: Blood Of My Blood will be produced by Sony Pictures Television. Executive Vice President of Original Programming, Karen Bailey will oversee the prequel on behalf of Starz.

Keanu Reeves Leads ‘Devil In The White City’; ‘The Other Black Girl’ Gets Series Order