Buddy (played by Harris Yulin) quickly became a fan-favourite among Ozark and Netflix viewers when he first crossed paths with criminal masterminds Marty (Jason Bateman) and Wendy Byrde (Laura Linney). As the Byrdes relocated to the Ozark’s, Buddy was the man to let them move into his stunning lakeside home with his health rapidly declining and open to the company.

Over time, Buddy became one of the family, striking up bonds with youngest son Jonah (Skylar Gaertner) and proving a trustworthy and loyal friend to the husband and wife duo.

Even upon discovering Marty and Wendy’s illegal doings, Buddy kept quiet, and even opted to lend a helping hand.

This was no more evident than when he decided to act as a middle man for Marty and Kansas City Mob leader, Frank Cosgrove Sr (John Bedford Lloyd).

With Marty desperate to push his casino bill through local government in order to have the perfect place to launder his money, and trying to keep Darlene (Lisa Emery) and Jacob Snell (Peter Mullan) on-board, he needed Frank’s help. 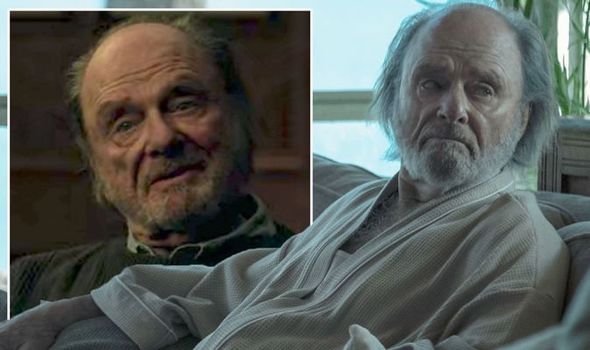 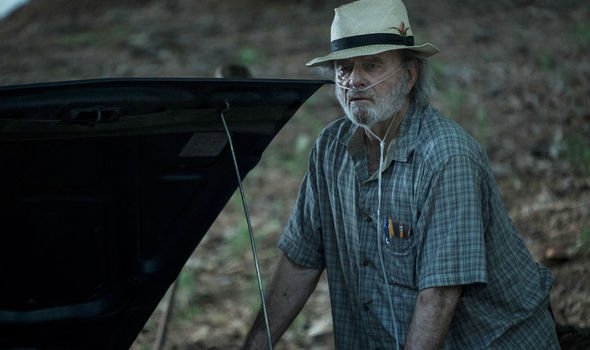 To do so, he called on Buddy after they’d crossed paths many years previously in Detroit.

“One thing you should know going in,” Buddy warned Marty. “Cosgrove’s a psycho.

Undeterred, Marty still arranged to meet with the KC Mob’s leader with Buddy in tow, going under the fake name of “Jimmy Smalls”.

But the meeting didn’t exactly get off to the smoothest start, with Frank refusing to hire Marty as his “accountant” and branding his casino bill “dead”. 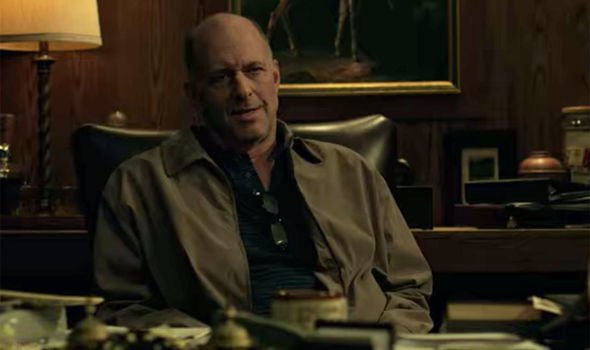 But Buddy stood firm, speaking out of turn to blast Frank and say: “Cut the s**t, you’re on thin ice with the brethren.”

Instead of lashing out at the seemingly disrespectful insult from Buddy, Frank instead laughed, calling him a “tough m*********r”.

Over the course of season two and season three, Marty and the KC Mob worked almost hand in hand.

However, this wasn’t without its hitches – case in point, the KC Mob blowing Marty and Wendy’s office at the end of season two after feeling shafted.

And they only cut ties when Frank’s son Frank Cosgrove Jr (Joseph Sikora) brutally beat up Ruth Langmore (Julia Garner) to within an inch of her life.

So where does the plot hole between Buddy and Frank lie?

Well,’ some eagle-eyed fans have been left scratching their heads over Buddy’s seemingly off description of the “psychopath” mobster.

“‘If you look at him wrong, he’ll gut you’. Maybe my memory isn’t so clear from my first time watching the show, but so far, I think that Cosgrove is pretty reasonable.

“He really hasn’t done anything inappropriate in response to the several times Marty f****d them over or made the mob wait for random problems to be solved.”

A quick look back on Marty and Frank’s time working together certainly does seem to support the fact Buddy’s description is highly flawed.

But it’s not just with Marty where Frank’s supposedly psychotic behaviour has been reigned in.

Darlene shot his son Frank Jr in the crotch for the attack on Ruth.

And she even entered his compound to admit to the attack and offered him up a deal.

Could Buddy have just been lying or is this a slight slip-up in the character’s description?

Ozark seasons 1-3 are available to stream on Netflix now.