Starz’s popular strip club drama returned from its week hiatus last weekend for another stunning foray into the world of Chucalissa. Although P-Valley fans were thrilled to see Uncle Clifford (played by Nicco Annan) and Lil Murda (J Alphonse Nicholson) finally reunite, the show’s acclaimed second season could be headed for tragedy.

Fans have taken to Twitter to beg P-Valley not to kill off Grandmother Ernestine (Loretta Divine) in the coming weeks.

The seventh episode of the new season, Jackson, flashed back to Uncle Clifford’s grandmother in her prime.

She was a regular performer at the Juke Joint, the precursor to Clifford’s club The Pynk.

Unfortunately, back in present day, Ernestine was struck down by a severe case of Covid-19 and was last seen being rushed into an ambulance. 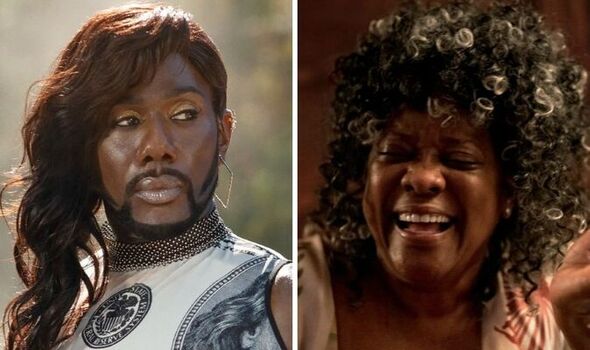 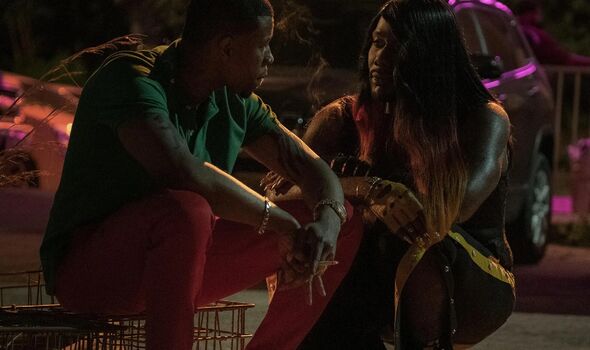 Moreover, the title of this week’s episode, Death Drop, could be a foreboding sign yet another tragedy will hit the town of Chucalissa.

Charlene Nowell said: “I hope I am wrong, but why is it looking like Granmuva Ernestine is not gonna be in the series!???” (sic)

“I’m looking at the title for ‘Death Drop’ episode. Please PLEASEEE I HOPE I’M WRONG. I want Ernestine to survive the Covid.” 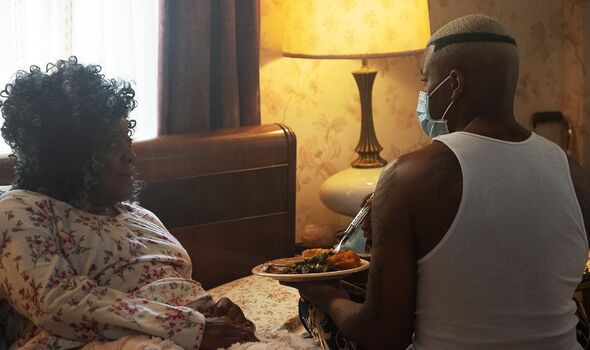 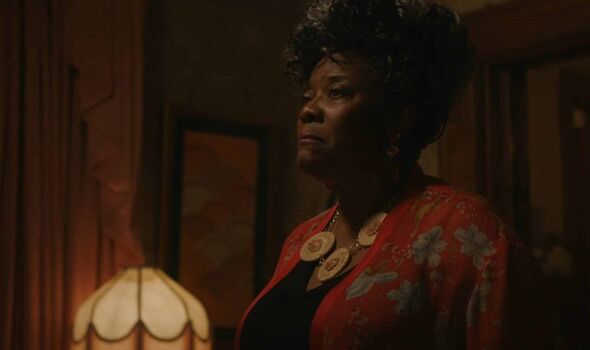 While Death Drop is also the name of a common pole-dancing move, Uncle Clifford is clearly preparing for the worst after seeing his grandmother’s condition.

Coco Dani tweeted: “Ernestine hinting that it was her time to go. COVID is a b***h, ain’t it?”

@liquidsugaaar pleaded: “P-Valley you better not with Ernestine after y’all did Teak that way. Show got me crying every episode.”

“Ernestine better not die on P-Valley,” @Desi_Kardashian demanded. “[I’m going to cry] I love me some Loretta Devine.”

@breeisblessed admitted: “I’m not ready for Miss Ernestine to go. Please don’t do this, it’s not her time.”

While @MiCherieAmour said: “Ernestine performing in the beginning of this episode has me crying and breaking down.”

“She sounds good and looks so beautiful…Loretta Devine has been perfectly cast for this role. But lawd please I’m begging you, not now…”

Clifford will have to lean on Lil Murda even harder over the coming weeks to cope with his grandmother’s decline.

Recurring star Loretta has received rave reviews for her performance so far, but her brief yet impactful appearances in the series could already be coming to an end.

The latest episode also introduced Clifford’s late mother Beulah (Nyahale Allie) for the first time, potentially just a week before P-Valley takes away another parental figure for The Pynk’s owner.

As the series has yet to be officially confirmed for a third season, this could be the last chance fans have to see one of P-Valley’s most iconic characters on screen.

P-Valley season 2 continues Sundays on Starz in the USA and StarzPlay in the UK.