Natasha O’Keeffe is trading in period drama for sci-fi in her latest role. It was recently confirmed she’ll be returning for season six of Peaky Blinders as Tommy Shelby’s (Cillian Murphy) wife Lizzie. However, she is also taking on a new role in Sky Original series Intergalactic. She plays the mysterious Emma Grieves in the series and has opened up about her experience taking on such a different character.

Speaking ahead of the new series, Natasha was asked what it was about Intergalactic that appealed to her.

She began: “The real attraction of coming on board a show like Intergalactic is definitely the sci-fi angle, which is something completely different to what Peaky Blinders is.

“It’s a completely different era and lots more action happens in Intergalactic, in terms of running about the place and futuristic happenings.

“It’s just lovely in your career to have lots of different areas that you’ve expanded and gone into,” she added. 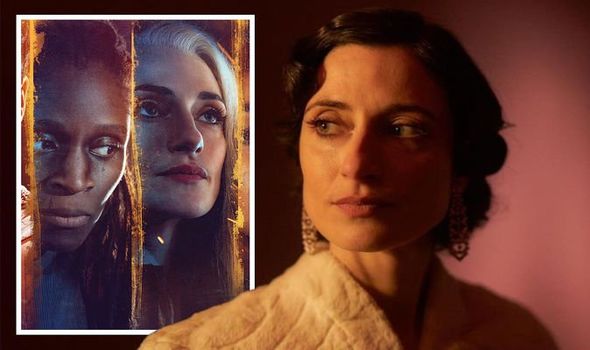 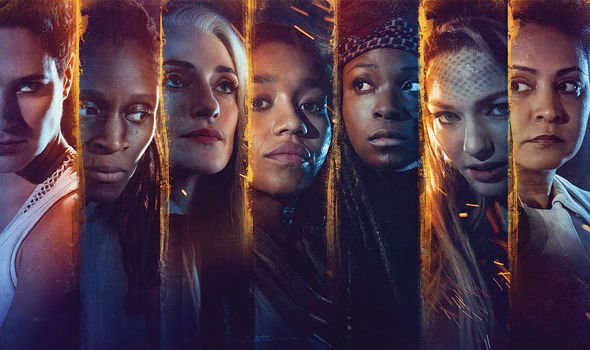 Natasha opened up about her new character, describing what makes her unique.

She explained: “Emma is an astrophysicist, who in the first instance, is mysterious and is with a group of female convicts on a spaceship.

“I’m not sure what there isn’t to feel attracted to playing there?!

“I just liked how there were layers to this character and revelations throughout, it has been really fun to play,” Natasha admitted. 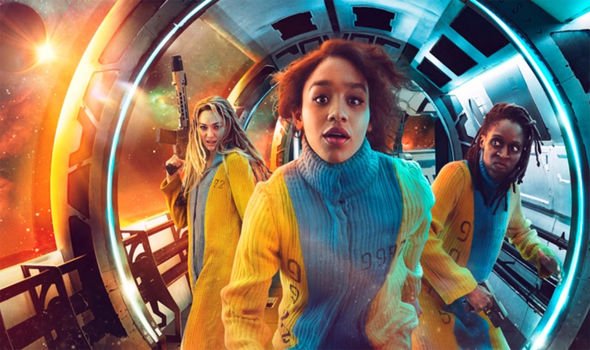 Revealing more about her character of Emma, Natasha explained how she fits into the story.

Natasha said: “I play a character called Emma Grieves. At the very beginning, nobody knows who this masked woman is.

“You could say that Emma Grieves is at the very core of the story in a sense that without her, life cannot continue to exist.

“The universe can’t be saved without her, she knows that and the people around her know that, so this is why everyone wants a piece of Emma Grieves,” she divulged.

Intergalactic is written by award-winning showrunner Julie Gearey, who fans may know best for Prisoners’ Wives and Secret Diary of a Call Girl.

Ash has her glittering career ripped away after being wrongly convicted of treason and is exiled to a distant prison colony.

On the way, Ash’s fellow convicts stage a mutiny and seize control of their prison transfer ship.

With the flight crew dead, mob leader Tula Quik (Sharon Duncan-Brewster) and her accomplice Candy (Eleanor Tomlinson) are intent on reaching the free world of Arcadia.

However, it turns out that Ash is the only pilot who can get them there.

The series also stars Thomas Turgoose from This is England, Black Mirror’s Imogen Daines and Bend it Like Beckham star Parminder Nagra.

Intergalactic is airing on Sky One and will be available on NOW TV from April 30.