The entire country has been gearing up for President Donald Trump’s next state visit to Britain, and some major protests have been planned for the occasion.

But while Good Morning Britain presenter Piers Morgan insisted he doesn’t agree “with everything” Donald Trump says and does, he became incredibly frustrated the British people didn’t protest ex-US leader Barack Obama in the same way.

During today’s edition of the ITV breakfast programme, Morgan entered into a furious debate with Asad and Freddie about President Trump.

The presenter insisted he was passionate about “fairness” and was particularly annoyed by the “hypocrisy”.

“You want to be his Chief of Staff,” Rehman declared, as Morgan shook his head in response.

“No I don’t want to be his Chief of Staff, I just want to be fair-minded,” he said. “The man who is so morally outraged by Donald Trump literally has no idea [how many immigrants Obama deported].

“When you abuse Trump over immigration policy – let me tell you. He deported over three million illegal immigrants in three years.

“[Obama] was known as the Deporter-in-Chief in Mexico,” he added, and the fiery debate continued on as both men were at polar opposites over the current US President.

“Did he put children in cages?” Asad hit back.

“[Obama] actually did separate families, so actually there’s a rank hypocrisy about this,” Piers went on. 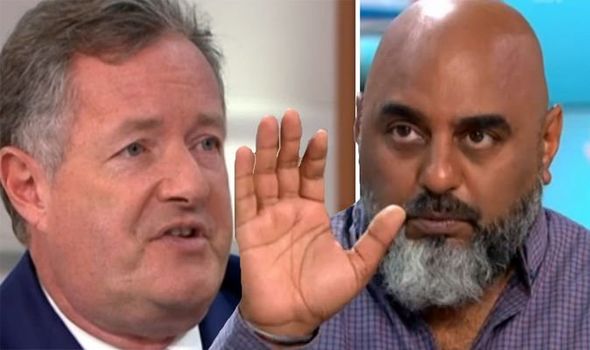 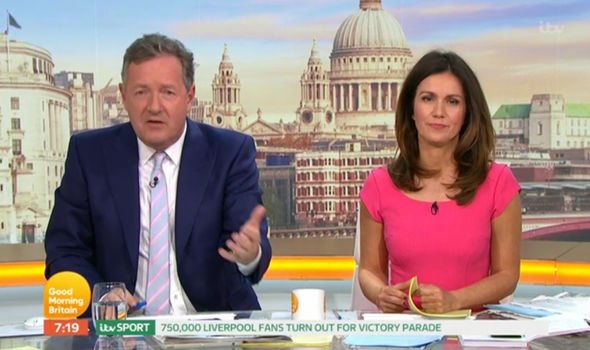 Actually there’s a rank hypocrisy about this

“I don’t agree with everything Trump does but I don’t think the hypocrisy is right.”

“I don’t think an enormous number of Brits want to stick their two fingers up to Trump,” Freddie speculated, as Piers suddenly recognised the other side.

“Some do – no question,” he said. “But I think it’s a great shame when Trump’s here to remember D-Day.

“Americans and Brits who died on the beaches of Normandy.”

Susanna, 48, then attempted to step in to explain Piers’ anger over the issue, but the presenter corrected her too. 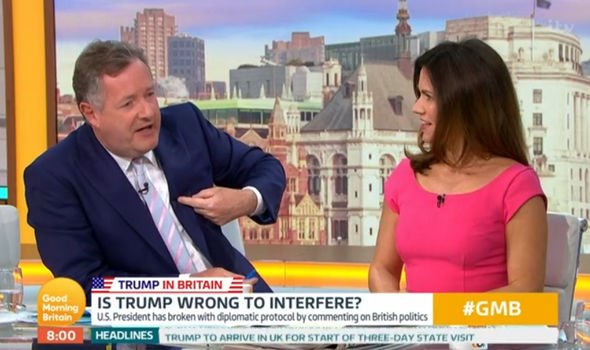 “Piers’ particular problem is with the insult, the personal insult the blimp is delivering to the President.”

“No it’s not,” 53-year-old Piers shot back, as Susanna continued to talk over him.

“You’re quoting me, I’m telling you it’s not about Trump,” Piers then insisted. “Trump belittles people and mocks people all the time.”

“Let me finish my sentence please,” he begged his co-star, before saying the blimp was an “insult to the American people”.

Piers finished the debate by offering: “I understand he’s a very divisive and polarising character.”