New show will look at powerful matriarchs in the animal kingdom, from hyenas to humpback whales 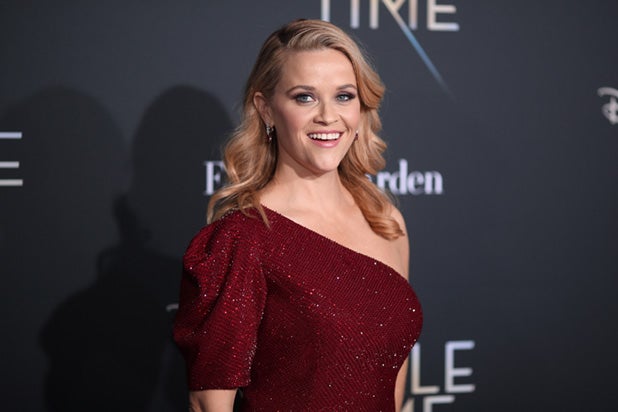 The show, titled “Fierce Queens,” will “explore phenomenal female animals: the rebel matriarchs, powerful leaders and dangerous lovers of the natural world. From hyenas to fireflies, meerkats to humpback whales, the documentary series will bring you the most dramatic natural history stories from a fresh female perspective,” according to Quibi.

Joining Witherspoon on the project is executive producer Jo Shinner. “Fierce Queens” is being produced by BBC Studios Natural History Unit. Witherspoon, who currently stars in “Big Little Lies” on HBO and “The Morning Show” on Apple TV+, one of the other new streaming services that debuted last year, is represented by CAA and LBI Entertainment.

Quibi is set to launch on April 6. It’ll cost $4.99 per month for ad-supported streaming, and $7.99 for ad-free service. Jeffrey Katzenberg and CEO Meg Whitman gave the world its first look at Quibi last week at CES 2020 in Las Vegas and shared it’ll have 175 new shows in its first year.

The duo’s appearance came after Quibi spent much of 2019 greenlighting dozens of shows from a number of big stars, including Justin Timberlake, Jennifer Lopez, Bill Murray, Kris and Kendall Jenner, and Stephen Curry, among others. Quibi picked up where it left off last week, tapping “Rick & Morty” co-creator Justin Roiland to lead a new claymation series.

Quibi is looking to separate itself from a growing list of streaming services by making episodes that are a maximum of 10 minutes long. (Quibi is short for “quick bites.”) Katzenberg, during an interview with TheWrap last week, said Quibi isn’t worried about stiff competition from services like Disney+ when it comes to winning over subscribers.

“We’re in a marathon, not a sprint,” Katzenberg said. “Disney+ is a 100-year brand with the most valued and important generational IP on earth, ever. We’re a different use case, and we don’t have the same brand recognition. So we don’t think we’ll take off like a rocketship. We think it’s something we build over the course of several years.”

Loneliness is a universal human experience that we all deal with from time to time. An analysis of a recent survey of 10,000 American adults found that 61% can be considered “lonely,” based on the UCLA Loneliness Scale, which assesses how often…