REAL Housewives Of Beverly Hills’ Erika Jayne was slammed for complaining “how the f**k do you think I feel” while being grilled by Andy Cohen about the victims from her ongoing embezzlement case.

While on the hot seat next to the Bravo host, the Pretty Mess singer was accused of “making everything about her” while having “no sympathy” from the widows and orphans who alleged her husband Tom Girardi stole millions from them. 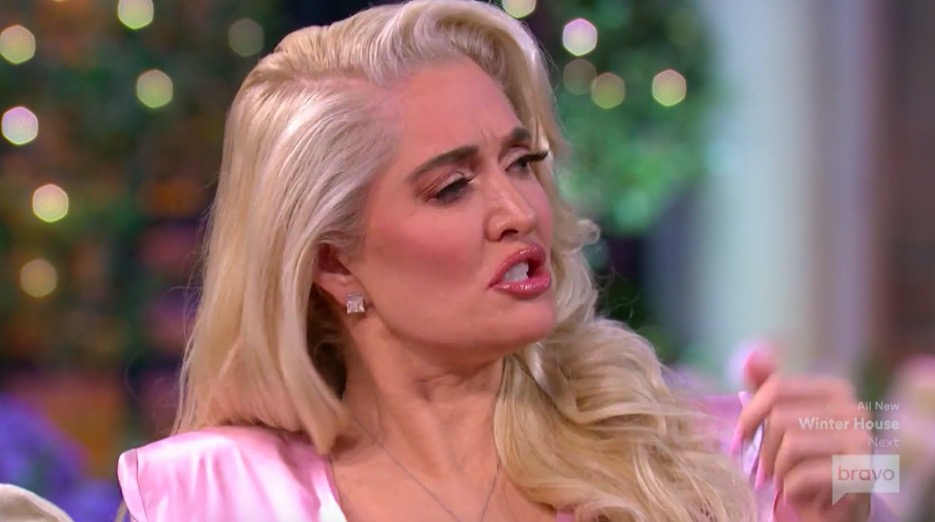 When Andy, 53, mentioned that viewers are reading her performance on the show as having “no sympathy” for the victims involved in the case, the Georgia native’s anger began to escalate.

“I loved my husband, now he’s allegedly defrauding widows, orphans and burn victims. How the f**k do you think I feel?” she yelled at the Watch What Happens Live host.

When Andy appeared perplexed and asked: “Well, how do you feel?” Erika responded: “Horrible, and I’ve said that!”

However, the group was quick to disagree and collectively shouted “you’ve never said that.”

In fact, Andy revealed that the “number one” question people had for her was why she “showed no sympathy for the victims” throughout the season – both on and off camera.

“There is a very limited way in which I can express myself because we all know everything will be picked apart, parsed and possibly turned against [me].

"That is why you see me answer in certain ways,” she said of her carefully constructed answers.

💍Follow all our latest news & stories on Real Housewives.

She continued: "It is best in any of these situations to be quiet. What did I do?

"I chose to say as much as I possibly could. And I still may have f**ked myself up.”

Her nemesis, Sutton Stracke, 50, brought up that the way Erika portrays herself on the show makes it "look like" she is attempting to be the victim.

“Are you f**king kidding me? My life is upside down, Sutton! How can I not be broken?

Despite her explanation, fans were outraged by her continued behavior, with one tweeting: "Erika is hella tone deaf and does not act like a person who feels bad for the actual victims. 'What do you want me to do?'

"Humble yourself homie, you’ve been knocked off your million dollar horse."

Another said: "Erika making it about her again saying how exhausted and tired she is.

"What about consider how the victims that her husband swindled money from feel?!!"

While a third viewer suggested: "If Erika was really sorry, whether she knew or not, she’d give up whatever material positions she had to and make it right for victims. Yet she’s still fighting for material items bought with stolen money."

A fourth wrote: "Erika has no empathy. She claims to care about the victims yet she lashes out when confronted and only refers to her own feelings when responding to questions about the victims."