Home » TV & Movies » 'Riverdale': The Auteur Knows Too Much to Be a Stranger, So Who Is it?

The new season of Riverdale is finally here, and it’s diving deeper into the mystery of the creepy Auteur. The sinister filmmaker could be anyone in town, but his/her recent videos suggest he/she knows the Riverdale High crew very well. Here’s who fans think the Auteur could be. 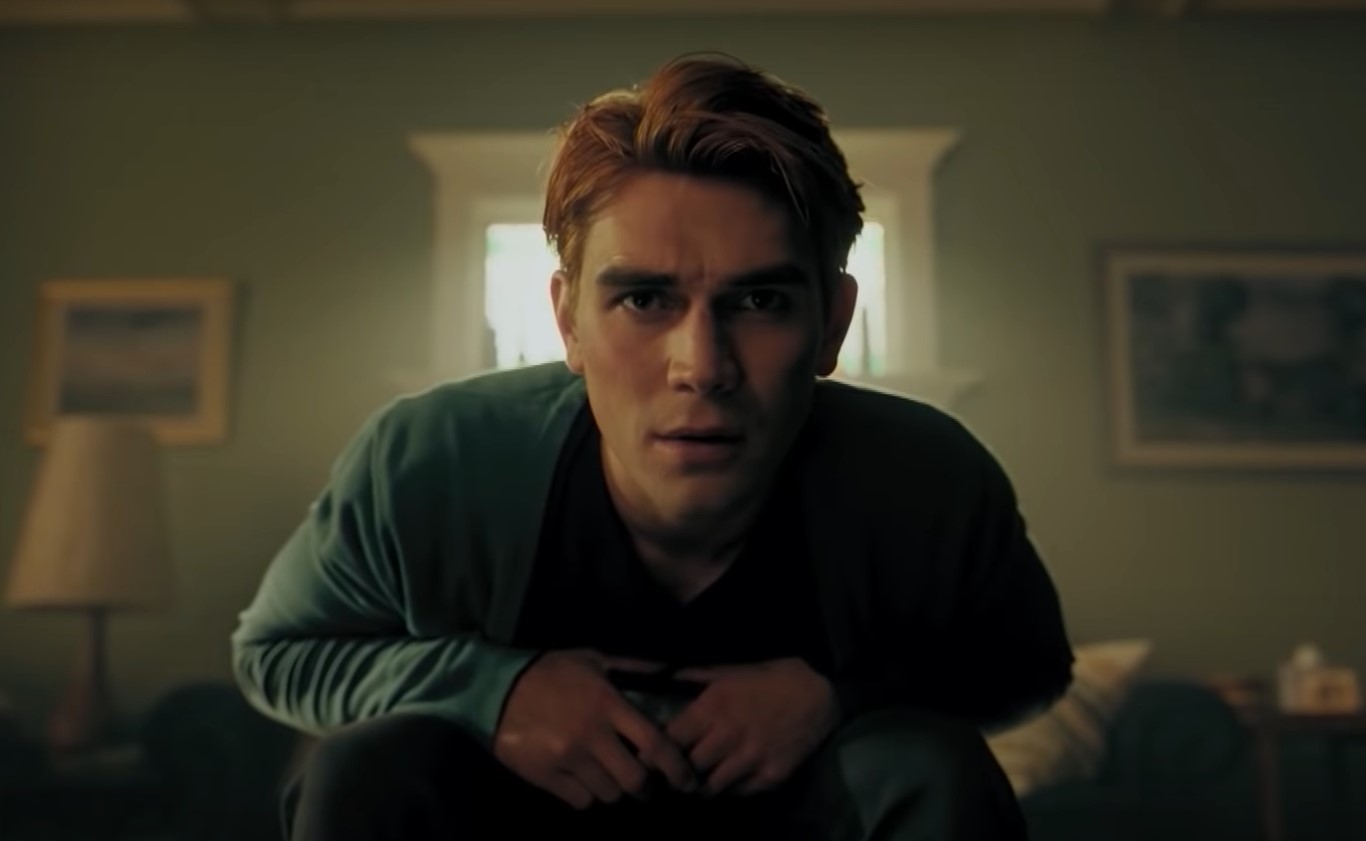 Is Betty’s brother Charles the Auteur on ‘Riverdale’?

Betty’s (Lili Reinhart) half-brother, Charles (Wyatt Nash), is an FBI agent with access to plenty of resources. And he has first-hand knowledge of Betty and her friends’ lives and experiences. It seems like he genuinely wants to help the teens with their investigation into the Auteur, but his shady history makes him a prime suspect.

In season 4, Charles started dating Chic (Hart Denton), the same guy who tried to con Betty’s mom Alice (Mädchen Amick) into believing he was her son. And Charles himself only entered the picture to take revenge on the Coopers. So, ultimately, it wouldn’t be a stretch to think Charles is the Auteur.

And it wouldn’t be the first time someone in Betty’s family turned out to be a villain. Let’s not forget that her father turned out to be Riverdale’s infamous serial killer, The Black Hood.

Could it be Jelly Bean?

Jellybean (Trinity Likins) is Jughead’s (Cole Sprouse) sweet little sister. And until the Riverdale season 5 premiere, there was no real reason to believe she had anything to do with the Auteur’s videotapes.

When Jughead and Betty went searching for the Auteur at his seedy video exhibition, they bumped into Jellybean. She insisted she was only there because a friend invited her, but it feels like there’s more to the story. Is it possible that she felt left out by Jughead and his friends and decided to make creepy videotapes to get attention? Anything’s possible in Riverdale.

The Black Hood could be behind the ‘Riverdale’ mystery, again

In season 3 of Riverdale, Betty’s dad, Hal Cooper (Lochlyn Munro), returned as The Black Hood and was shot and killed by Penelope Blossom (Nathalie Boltt). But as we’ve seen in past seasons, no one really dies in Riverdale. And in a post on Twitter, showrunner Roberto Aguirre Sacasa hinted the series might bring someone back from the dead.

“Nothing stays buried forever,” he captioned the photo, which features a hand reaching up from beyond the grave. “Season Five coming soon.”

And Hal has good reason to want to make weird videos and freak everyone out. He was a disturbed serial killer, and he may just want to take revenge for his attempted murder.

Is Pop Tate the ‘Riverdale’ villain?

It’s hard to believe Pop Tate (Alvin Sanders) could hurt a fly. But one moment in the Riverdale season 5 premiere hinted he could be the Auteur. The last video Archie (KJ Apa) received depicted him kneeling after being held at gunpoint by the Black Hood.

That scene was reenacted precisely, down to the last detail. But the only ones who witnessed that moment were Pop Tate, The Black Hood, Archie, and his dad.

So for the Auteur has to be someone who was there. Archie’s dad is dead, and The Black Hood is presumably gone too. That leaves Pop Tate.

However, most fans refuse to believe the sweet man could do anything that sinister, but with a show like Riverdale, it’s not beyond the scope of possibility.

Hopefully, the identity of the Auteur will be revealed soon. New episodes of Riverdale air Wednesdays at 8 p.m. EST on The CW.