Home » TV & Movies » Sadiq Khan laughs at GMB host Ben as he asks ‘do you have confidence in Priti Patel?’

Sadiq Khan addresses whether he has 'confidence' in Patel

Ms Patel was repeatedly asked by Nick Ferrari on LBC whether she had confidence in Met Police Commissioner Cressida Dick last week. The Home Secretary refused to publicly support the Commissioner and Ben Shephard joked about the interview on Good Morning Britain as he asked the Mayor of London, Sadiq Khan, what he thought of Ms Patel.

When Shephard asked what Khan thought of the Met Police Commissioner, the Mayor replied: “I have full confidence in the Commissioner of Met Police, she does a brilliant job of leading the world’s finest police service.

“I will be seeing her later on today and meeting heroic men and women police officers serving our city, who I have full confidence in as well.”

Shephard asked: “Do you have full confidence in Priti Patel?”

Khan laughed at the question as he struggled to come up with an answer to the host’s probe. 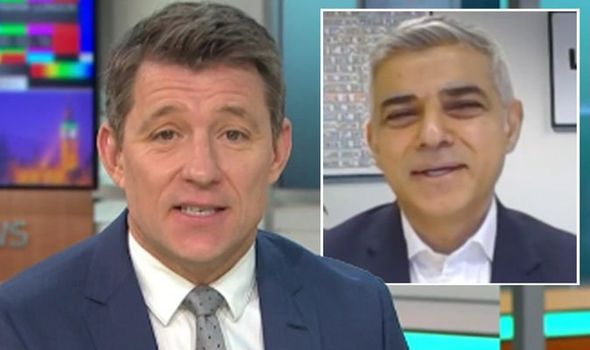 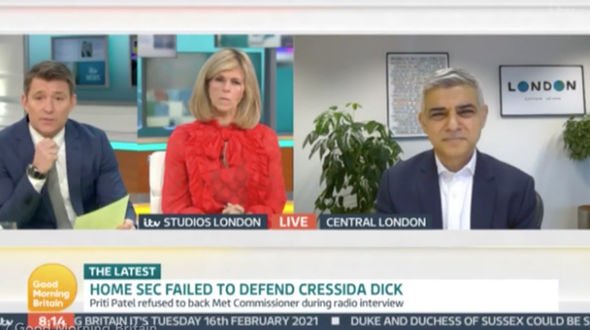 “That says it all, the laugh and the pause there Sadiq Khan,” Shephard remarked.

Khan replied: “Yeah I don’t like to be impolite and discourteous to colleagues from other parties.

“I think Priti Patel’s track record as a Home Secretary won’t be a great one in relation to what she’s not done to address some of the concerns we had around the hostile environment. 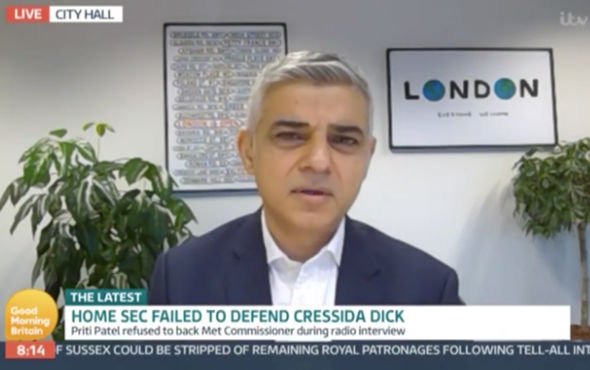 Priti Patel says she 'would not take the knee' for BLM

“She has not addressed the concerns with regards to our borders, I think the quarantine policies have been a big failure.

“I don’t think she has given the police the resources they need, we have lost 21,000 officers over the last 10 years. She has talked about returning 20,000 but we need far more.

“I think she has batted for the police when it comes to the support that they need. A whole host of things I have concerns with about Priti Patel.”

Meanwhile, Khan also spoke about the good progress which has been made in being “tough on crime and tough on the causes of crime”.

“Let me begin by saying every loss is a tragedy and there could be a bereaved family watching this programme today and they are in our thoughts and prayers,” Khan said.

“The good news is that over the last couple of years, before the pandemic, we started to make really good progress both on being tough on crime and tough on the causes of crime and reducing the number of young victims in particular of violent crime and knife injuries.

“I’m not complacent and I realise it has not gone away for the reasons you have said.

“So, what I’ve done from City Hall in the face of big cuts from central government, use all the levers I’ve got with council tax and business rates and invest in our police.

“But also, giving young people constructive things to do. It is really important that we realise for some people, depravation and poverty and inequality, I’m not excusing criminality but they can be sucked into a criminal gang.

“That’s why we have to crack down on both the causes and consequences of violent crime.”