SAS: Who Dares Wins season six kicks off tonight (Sunday, May 9) at 9pm on Channel 4. There are 21 civilians taking part in the new series from all walks of life including former drug dealers, a Grenfell firefighter, a teacher and a former stripper. Meet the SAS: Who Dares Win’s recruits taking on one of the biggest challenges of their lives.

Who is in the cast of SAS: Who Dares Wins season 6?

Justine, recruit number three is one of the youngest recruits taking part in SAS: Who Dares Wins.

Justine is 19-years-old and originally from Brescia, Italy but now lives in Cornwall.

She is no stranger to extreme sports, travelling to Nepal on her own to climb Everest Base Camp and the Three Passes Trek when she was just 16-years-old.

Lauren, recruit number seven, is 31-years-old and is from St Helens, Cheshire.

Speaking about her time on SAS: Who Dares Wins, Lauren said: “It was amazing! It was everything I thought it would be and more. I told myself I had to give it everything. It is a once in a lifetime opportunity and I didn’t want to regret anything so I was all in, fully committed to the experience. The series was so authentic and real – it was definitely an eye-opener to me as a civilian.”

Esther is a 28-year-old Aesthetican and Dancer from Ascot.

Identified as recruit number eight, Esther worked as a tripper to fund a tattoo apprenticeship.

Speaking to Channel 4, Esther said she entered a vicious cycle of drugs and alcohol but turned her life around after surviving a serious car crash in October 2019. 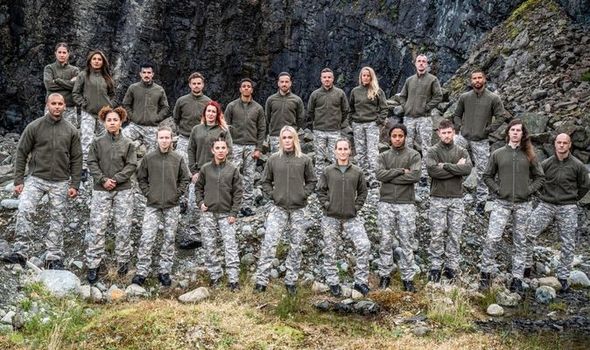 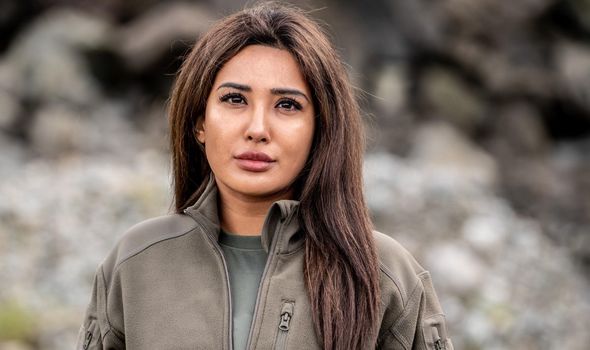 Rebekah, also known as recruit 11 is a Solicitor and Personal Training Gym Owner from Bristol.

She was brought up in a strict Mormon household and left her faith and family behind when she was 16-years-old.

Speaking about taking part in SAS: Who Dares Wins, Rebekah said: “Although I have experienced a tremendous amount of turmoil in my life, nothing compares to this experience and it has given me a whole new level of self-confidence and a new lease of life!”

Reanne, recruit number 12 is a personal trainer and coach.

Speaking about why she wanted to take part in SAS, Reanne said: “I noticed I was holding myself back in so many areas of my life and it was stemming from my

mindset and past trauma. I hated the feeling and I wanted an opportunity to prove that I

can control myself under extreme circumstances and endure anything.

“Also that my adversity doesn’t have to define me as a person. If anything, it makes me stronger.” 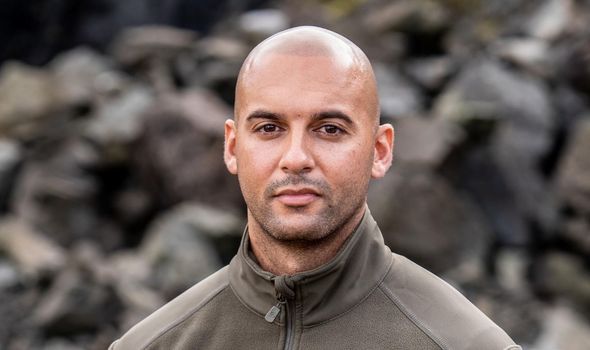 Holly, recruit number 13 is a circus artist and project manager from Manchester.

Holly is the SAS: Who Dares Wins first-ever transgender contestant.

Shireen, recruit 17, is a 28-year-old entrepreneur who has set up ethical beauty clinics for women on Harley St, Mayfair and North London.

Speaking about why she wanted to take part in SAS: Who Dares Wins, Shireen said: “I fall into the typical stereotype of a small young Muslim Pakistani girl who would never be

able to get into SAS, let alone pass the fitness test. I wanted to be the example for all the young Asian Muslim women who may one day want to join the SAS, to say if I can do it so can you!”

Tyler is a 28-year-old Fitness Coach from Carlisle, Cumbria.

She has managed to turn her life around after serving a 12-month prison sentence after being convicted for conspiracy to sell class A and class B drugs worth over £1 million.

Now, Tyler leads a life where she can be there for her children and runs a successful online fitness business. 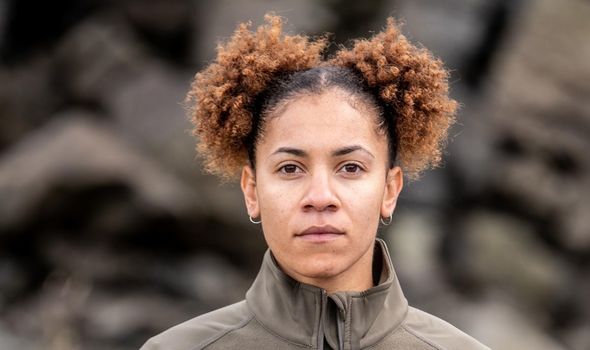 Hannah is a 36-year-old lawyer from Hampshire who grew up with the army playing a huge hole in her life.

Her father served as a paratrooper and her husband served in the military.

Pheobe, aged 30 is a telecoms account executive from Farnham, Surrey.

As a gym lover, Pheobe was ready to test her mind.

She said: “I’ve always wanted to be a part of SAS: Who Dares Wins but I’ve never had the courage to apply before.

“I’m heavily into the gym, so I push myself physically a lot of the time but I wanted to test my mind.”

Ricky, recruit number 1 is a 40-year-old firefighter from London.

He was one of the firefighters on call at Grenfell, entering the building three time before his oxygen ran low.

Ricky, who suffered from PTSD as a result of Grenfell applied for SAS: Who Dares Wins when he was drunk saying: “I needed a purpose. I needed a cause. I needed a reason to stop drinking.

“To stop taking drugs and to refocus my pain onto something positive that will help me heal instead of wallow in self-pity and despair.

“Instead of a life of guilt, I chose a life of closure and hope.”

John, 39, is a tattooist from Brighton who took part in SAS: Who Dares Wins to “learn new things.”

Sean, aged 31, is a sports teacher and head of Year from Manchester.

He signed up to SAS: Who Dares Wins after his mental health took a hit during the first lockdown.

He signed up to SAS after feeling very “lost in life” following the death of his girlfriend, Emily Hartridge.

DJ, aged 45, is a Salon Owner from Bedford and is recruit nine in SAS: Who Dares Wins.

He described SAS: Who Dares Wins as the “ultimate challenge” adding: “For me, more than anything, I have two children who, at 14 and 11, are at the age where they require a role model. I wanted to show them that you can step back and do something that you won’t necessarily succeed in.”

Kieran, aged 25, is a dental engineer and electrician from South London.

Jamie, recruit number 14 is a 41-year-old business owner from Rugely.

Speaking about why he wanted to take part in SAS: Who Dares Wins, Jamie said: “I have always been intrigued by how I would fare in the most challenging environments. I do however have a huge fear of failure and a lack of confidence in myself. This show, I knew would test me like nothing else and I watched all the previous series comparing myself to the other recruits. Having gone through a few years of professional help to deal with childhood trauma, I felt strong enough to apply.

“The show marked a significant moment in my life in that my story needed to be told and my inclusion in the show validated this but it also brought some level of closure to a long and difficult period of my life.”

Alan Knight, 37, is a Personal Trainer from Bristol who deiced to take part in SAS: Who Dares Wins after having his right eye removed after a tumour was discovered.

Due to Covid related delays, Alan was unable to receive an eye transplant before joining SAS and took part before his operation.

For the last seven years, he has been a member of Lord of the Dance and toured the world, performing in the West End and on Broadway.

At age 16, Adam began selling drugs and went on to become a full-time drug dealer.

When he was 24-years-old, he received a conviction or intent to supply drugs and was sentenced to five years in prison, of which he served two and a half.

SAS: Who Dares Wins starts tonight at 9pm on Channel 4