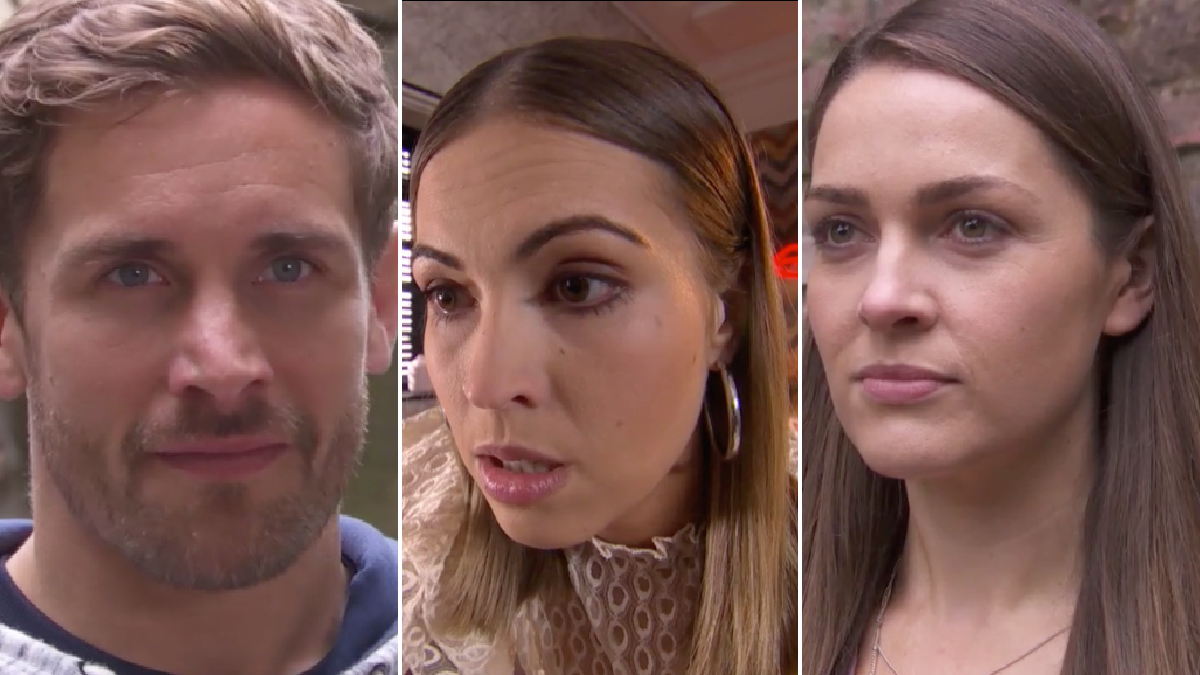 Summer Ranger (Rhiannon Clements) certainly gave her a run for her money, but Sienna Blake (Anna Passey) proved tonight why she is still the greatest schemer in the land of Hollyoaks, as she turned the tables on her manipulative girlfriend.

Summer has been gaslighting Sienna for weeks, making her think that Brody Hudson (Adam Woodward) is a vile abuser and killer.

She even attempted to make her believe that Liberty Savage (Jessamy Stoddart) was dead, when in reality she’s been keeping her prisoner at a storage unit.

Brody, meanwhile, returned to the eponymous village in the wake of Summer’s accusations, and broke into Sienna’s flat, hoping to see his beloved daughter Faith.

What he didn’t expect to find, however, was Sienna and Summer in the middle of a heated row, as Summer, claiming to be frightened of Brody, pleaded with Sienna to come away to France with her.

Summer set her sights on Brody and, forced to improvise, feigned terror, ordering him to stay away from her.

Brody, meanwhile, remained calm and collected, informing Sienna that he would never lay a finger on anyone, and that Summer is lying about him having killed Liberty.

Sienna, however, seemingly believed Summer over him, calling the police. Brody asked her to hand the phone over, and after she did so, he spoke into the handset.

Afterwards, he made a run for it, while a terrified Sienna granted Summer her wish in the wake of the showdown, telling her that she was right about Brody all along and therefore they need to move to France permanently.

Summer was elated, and set about making plans, but there was a huge twist in store.

You see, Sienna has been playing Summer for quite some time, and she later met up with Brody in The Folly. Yes, you guessed it: they are in cahoots together!

A series of flashbacks indicated that the school teacher had simply claimed to have called the police, when in reality, she never made no such call. Upon Brody receiving her mobile, he realised that Sienna had not informed the authorities about his presence in the village, meaning she believed him.

He then organised a secret rendezvous with her in The Folly.

‘[Summer] has filled my head with so many lies,’ said Sienna, ‘but as soon as I saw Liberty’s handwriting, everything started to fall into place.

‘I knew you were telling the truth. That Summer did everything in her power to turn me against you. I know that [you didn’t hurt Liberty].

‘Deep down, I have always known that. But I had to box clever with Summer. Make her think that she was manipulating me, when really I was the one playing her.’

Discussing their plan to take Summer down and find Liberty, Sienna said that the police cannot be involved just yet, as Summer is ‘too slippery’ for that.

‘We have to play that conniving little witch at her own game’, she added. ‘And then we take her down together.’

Did anyone else get goosebumps?

Sienna may have reclaimed her crown as the best manipulator Hollyoaks has ever known, but now the race is on, as a showdown of epic proportion awaits.

And with Summer having her gun at hand, the question remains: who will make it out of this alive? And who will not?