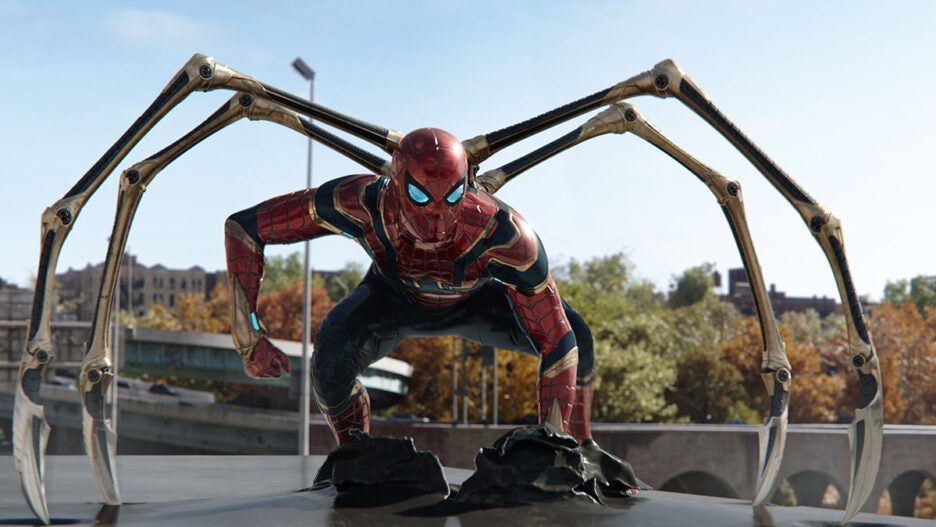 The reviews for “Spider-Man: No Way Home” are in and it looks like critics have a… tangled web of reactions (sorry) to the third (and apparently *not* final) Tom Holland Spidey adventure. Reactions are, for the most part, extremely positive, with Holland given particular praise, as well as the film’s emotional core.

But some critics also felt the film is perhaps a bit too overstuffed with bad guys and things happening, even if they hd high praise for much of the story. Let’s check out some samples, shall we?

TheWrap’s Alonso Duralde, for instance, praised it as “tons of fun” and a film that “even as reality spins out in multiple directions… never strays too far from its characters’ innate humanity,” while also containing “genuine emotion.”

Deadline’s Pete Hammond meanwhile celebrated “Spider-Man: No Way Home” as “a holiday gift not only to moviegoers, but also to exhibitors, because if EVER there was a film poised to save the movie business — just like Spidey always saves the day — it is this splendidly-crafted endgame.”

John Devore of The Hollywood Reporter had a somewhat more mixed response, but he liked where the film ends up, and asserts that it’s “a hell of a lot better than the last Spidey threequel, Sam Raimi’s overstuffed and ill-conceived ‘Spider-Man 3’.”

The Mary Sue meanwhile called it a “love letter to fans,” and “the ideal third movie for Tom Holland’s Peter Parker and for fans of our friendly neighborhood Spider-Man.”

Gizmodo called “Spider-Man: Far From Home” “an absolute blast” that “will make you laugh, cry, and smile from ear to ear.”

Collider dinged the film for being a bit overstuffed, but praised the “fantastic” story of Peter Parker in it, “led by a never-been-better Tom Holland.”

IGN said the film is a mix of “Saturday Morning Cartoon” and “deep” drama, and lest you think that’s an insult, added “more of this please.” IGN also praised the film for giving its characters “new depth that was never explored in previous Spider-Man films.”

So there you have it: The worst people have to say about the movie is really hard to describe as “critical” and everyone seems to agree that overstuffed or not, it’s really fun. You’ll be able to find out for yourself later this week.