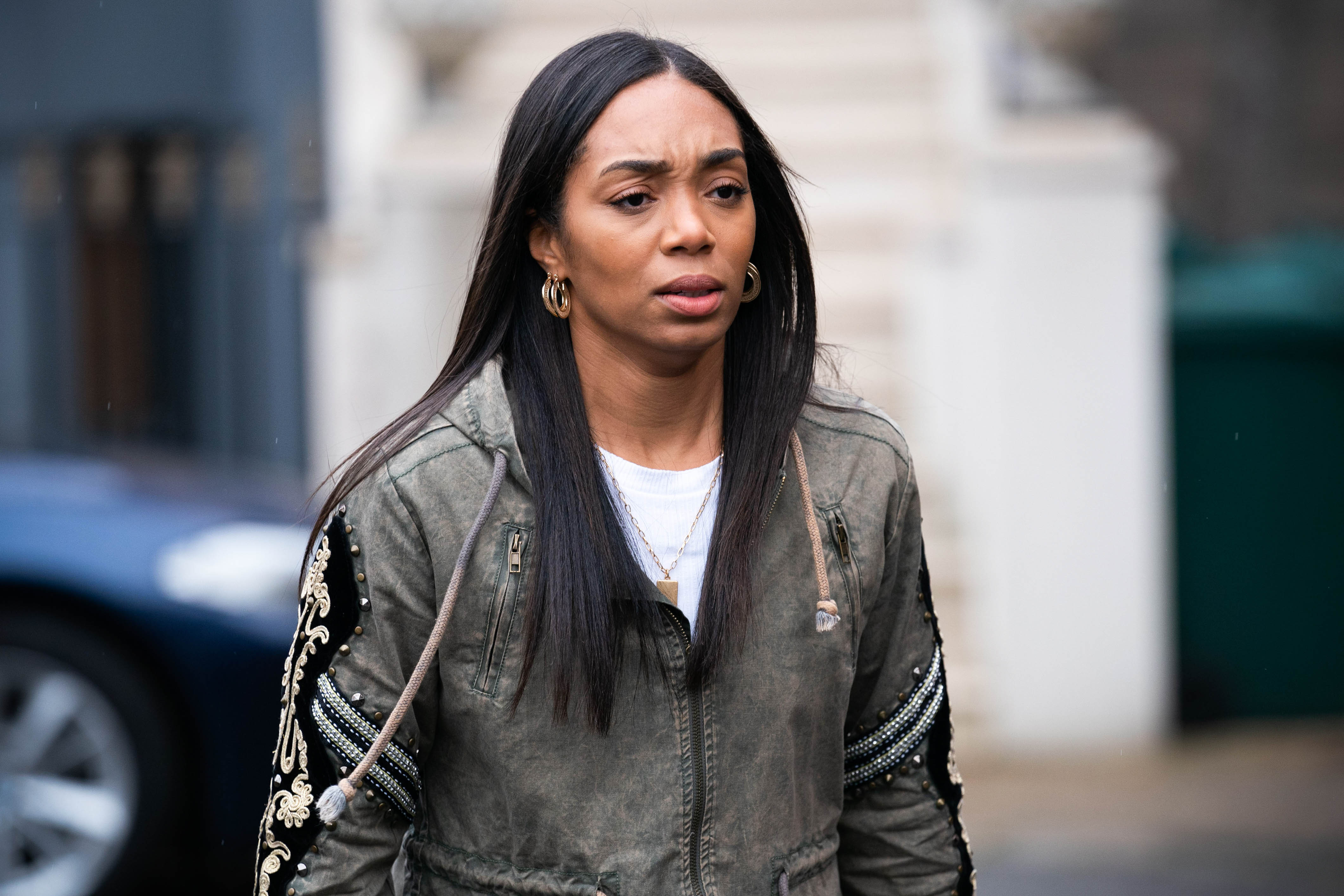 Chelsea Fox (Zaraah Abrahams) revenge plan could be set to be exposed in upcoming EastEnders scenes.

Chelsea returned over the festive season, and it soon became apparent that she was in cahoots with murderous dad Lucas Johnson (Don Gilet).

However, it was ultimately revealed that she was simply using her dad for a job she was carrying out, and that she seemingly hadn’t forgiven him at all.

She’s managed to keep her plan quiet thus far, but it’s put at risk of being exposed in the coming episodes.

Lucas also questions the young woman about their trip, before successfully persuading her to attend church with him. However, things take a turn when he’s interrupted by her phone ringing.

Chelsea’s plan ultimately crumbles, and Lucas refuses to go away.

Will her plan be exposed?

That remains to be seen.

Meanwhile, Denise can’t stop thinking about Chelsea’s trip, and pushes for more information on it — such as who her daughter is going with. Ultimately, she discovers that it’s Lucas.

Denise storms over to Lucas’ and accuses him of manipulating Chelsea, and Lucas comes to realise that she’s got no idea that this is Chelsea’s idea and not his.

Final preparations are put in place for the trip, but as Chelsea waits with the taxi, Lucas refuses to leave.

A horrifying showdown between Denise and Lucas soon ensues, and both are later nowhere to be found.

There is, however, traces of blood.