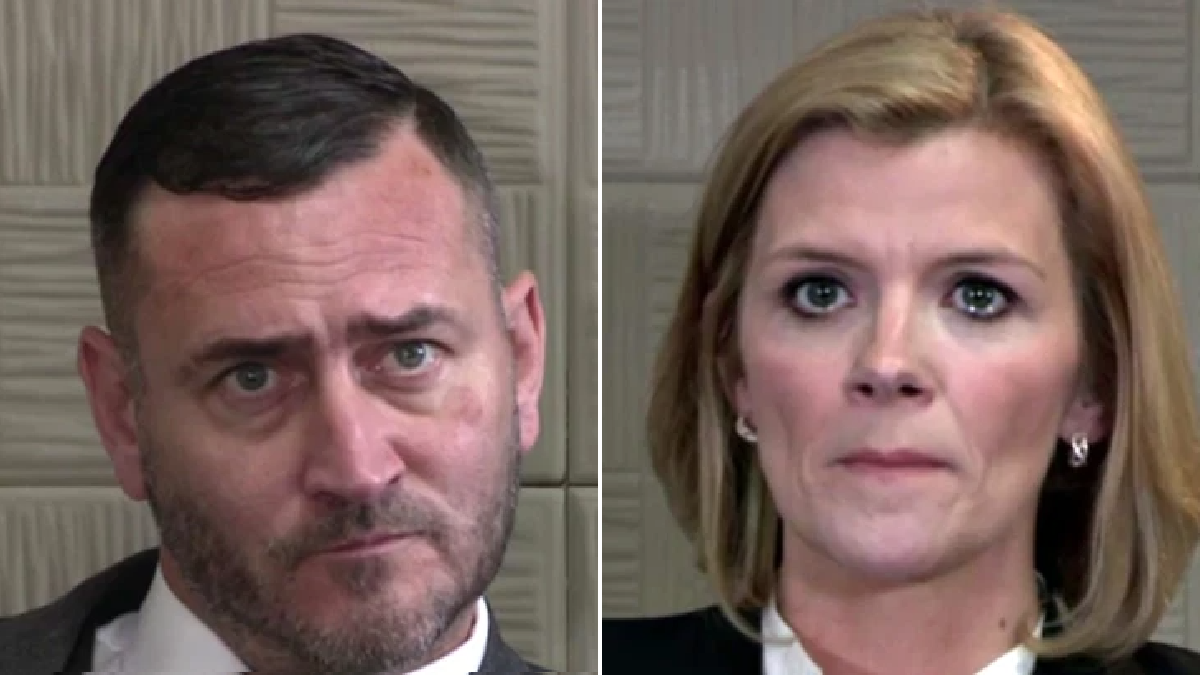 Leanne Battersby (Jane Danson) in Coronation Street has been determined to protect Simon Barlow (Alex Bain) from Harvey Gaskell (Will Mellor) and his gang from the moment she discovered the ordeal he had gotten into.

Tonight (June 23), after months of terror, hiding and constantly looking over her shoulder, Leanne faced Harvey in some intense court scenes.

Following Nick (Ben Price) and Sam (Jude Riordan) almost getting shot, Leanne confirmed her and Simon would tell the full truth in court, regardless of the risks.

Leanne entered the witness box and stared Harvey in the eye. Despite being utterly ‘scared for [her] life’, Leanne did as she planned and told the court absolutely everything, including Simon’s ordeal with Jacob, Harvey kidnapping Sam and the gun showdown a couple of days ago.

After Leanne’s interrogation, problems arose when Simon announced he wasn’t giving evidence anymore, and when DS Glynn entered, he revealed some new evidence had come to light.

Surprisingly, Sharon turned her back on Harvey and told the court about her evil nephew.

As court ended, viewers saw Sharon meet up with one of the drug workers where she seemed to think Harvey would get ten years behind bars.

Both Leanne and Sharon have told the truth about the evil, toxic man Harvey is, but is it enough?

What will the verdict be?