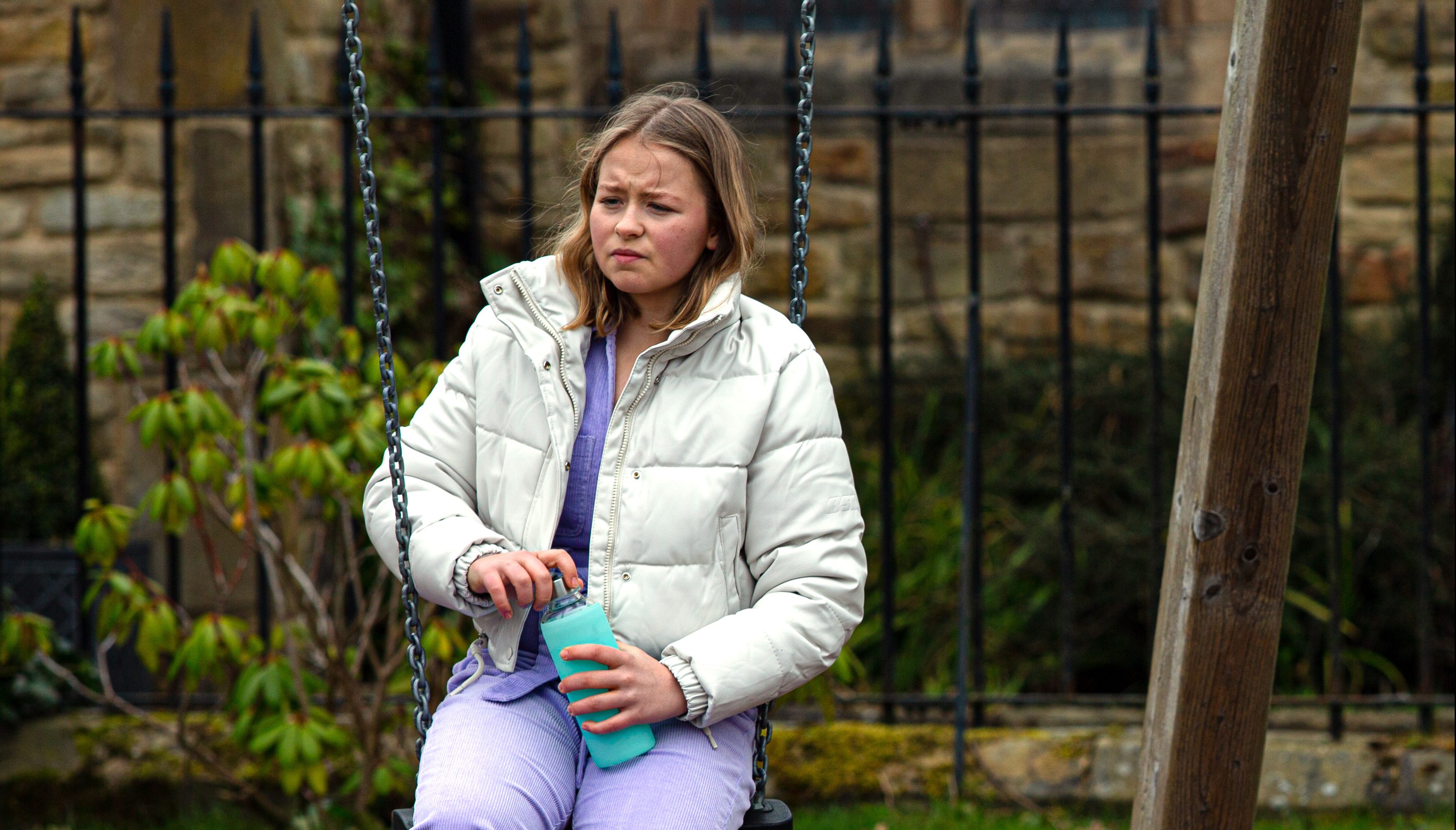 Liv Flaherty’s (Isobel Steele) guilt has been eating away at her following Paul Ashdale’s (Reece Dinsdale) death in Emmerdale.

Viewers will remember Paul and Liv were both caught up in the tuck crash and barn explosion. When Paul and Liv both woke after being knocked out, they had another showdown, and Liv left Paul in the barn which exploded just seconds after she escaped.

Most recently, Vinny (Bradley Johnson) asked Liv about Paul’s final moments, to which she addressed Paul’s violence but lied and said she tried to rescue him from the scene of the crash.

Vinny thanked Liv for trying to save his dad, and she’s since been struggling hugely with lying to Vinny and ultimately leaving a man to die.

Coming up, Liv freezes when Vinny tells her his therapy sessions have left him with more questions about his past.

Sensing this worries Liv, Vinny wonders what’s really going on with her.

Later, at Frankie’s christening, Liv feels utterly lost and takes another drink of vodka to numb the pain.

As Liv spirals, how dark will things get for her?

Can she ever tell Vinny about what really happened before Paul died?