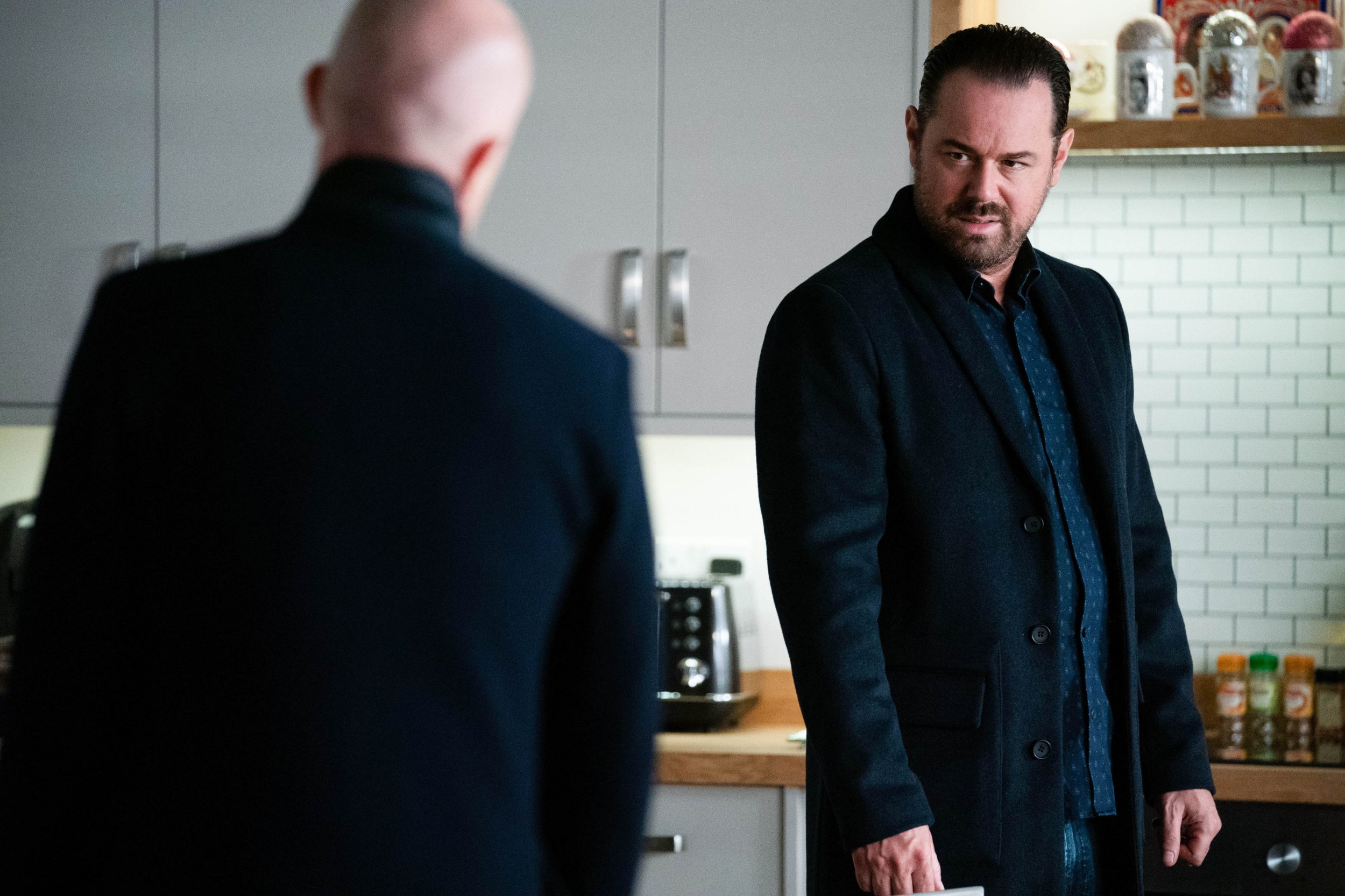 Max Branning (Jake Wood) antagonises Mick Carter (Danny Dyer) in EastEnders, which leads to a shocking showdown ahead of the former’s departure.

Max confronts Linda (Kellie Bright), and offers her something of an olive branch, but Mick witnesses the exchange and is uncomfortable.

Mick isn’t the only one concerned, as Jack (Scott Maslen) is left worried, and reminds Max that he cannot day anything to Linda about Mick’s abuse.

Jack’s words seemingly have little effect on Max, who finds a USB stick, and soon realises that it contains evidence which could put Phil Mitchell (Steve McFadden) away for a very long time.

Therefore, he confronts Phil with his discovery and uses it as a bargaining chip, but just what is it that he wants?

That’s not yet known, we’re afraid, but Max soon promises Linda he’s got a surprise in store that could help both she and Mick.

However, his efforts backfire, as Linda puts two and two together and realises he knows about Mick’s abuse. She seethes, and Jack swoops into action in an effort to apologise to Mick for breaking his trust.

Mick has other fish to fry, however, as he locates Max and a heated showdown ensues.

Max has the cheek to berate Linda, claiming that she only stayed with Mick out of pity.

Knowing this isn’t true, Mick sees red, and punches Max — telling him that if he ever goes near Linda again, he’ll kill him!

Linda holds a similar point of view, as she reiterates to Max that she never loved him, and that he should do everyone a favour and leave.