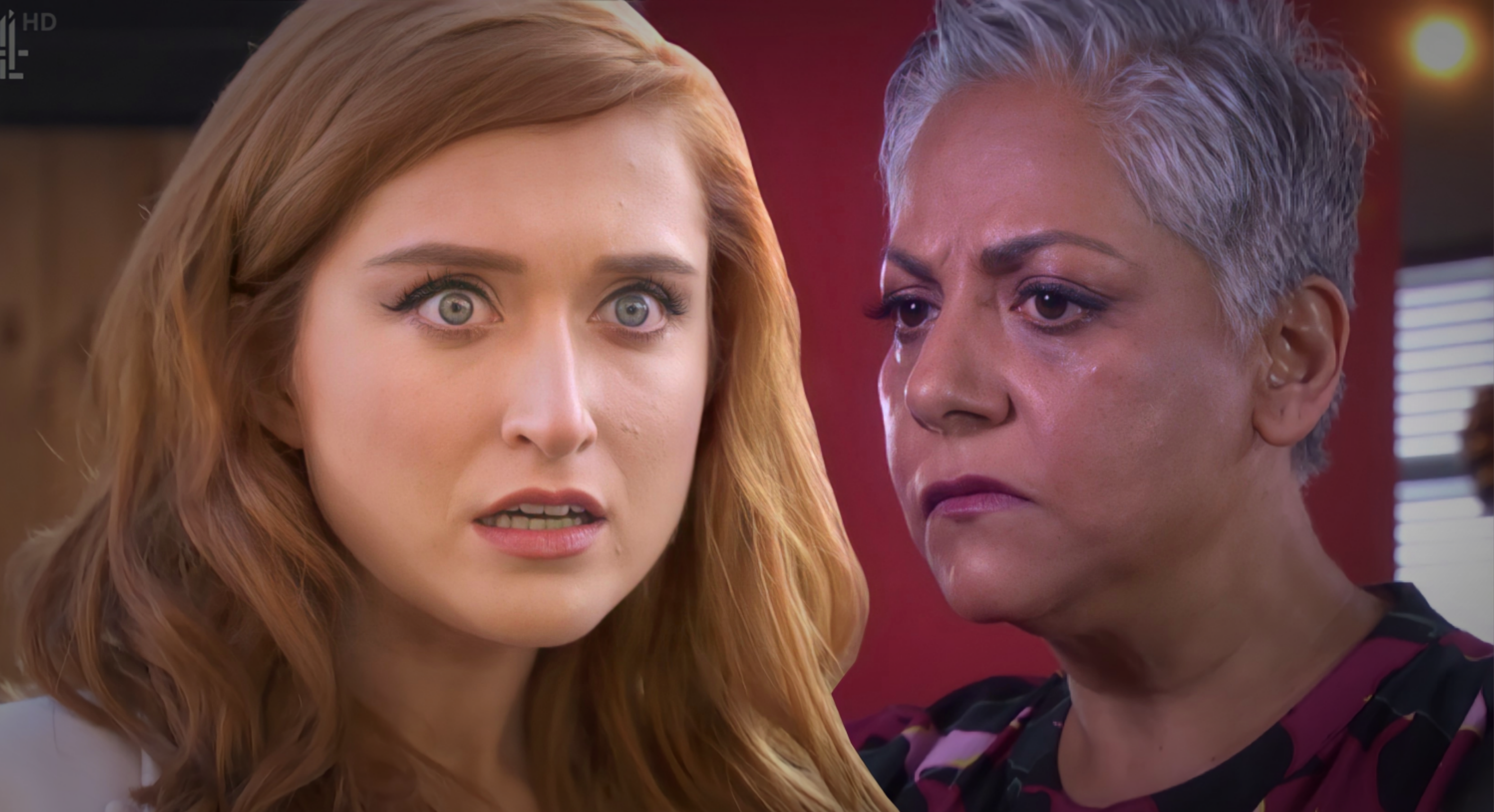 Misbah Maalik (Harvey Virdi) is given cause for concern in Hollyoaks, after she spots a supposedly pregnant Verity Hutchinson (Eva O’Hara) having a drink.

Viewers will know that Verity isn’t pregnant, but rather she’s been pretending to be in order to divert attention from Diane (Alex Fletcher).

Yes, Diane actually is pregnant, but she’s terrified that she’s carrying Edward’s (Joe McGann) child and not Tony’s (Nick Pickard), and therefore she’s asked Verity to keep shtum until she finds out who the dad is.

However, after Tony found a positive pregnancy test and jumped to conclusions, Verity was forced to pretend it was hers, and thus Sami (Rishi Nair) came to believe he was going to be a dad.

Verity asked her beau to keep their ‘good news’ a secret for the time being, but Sami struggles to do so, given how overjoyed he is at the prospect of becoming a father.

Yes, in the coming episodes, Sami excitedly tells Misbah that he’s going to be a dad, but matters are somewhat complicated when Misbah later witnesses Verity drinking wine at The Dog!

Will Misbah discover that Verity is, in fact, lying about her pregnancy?

Will the truth be revealed?

Or will Verity successfully cover if Misbah confronts her on the matter?