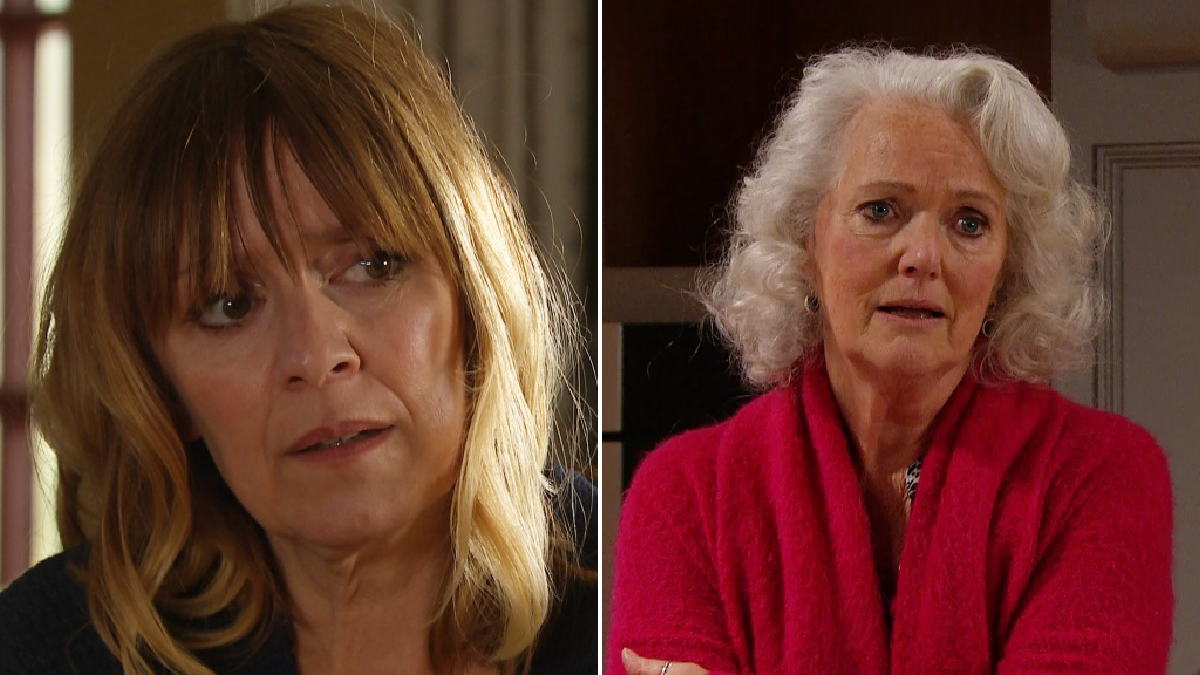 Emmerdale’s Rhona Goskirk (Zoe Henry) has struggled to accept the news her mum, Mary (Louise Jameson), is a gay woman.

Mary chose to bravely reveal the news to her daughter in last night’s episode, telling Rhona she fell in love with her friend, who sadly passed away after battling Coronavirus.

Rhona didn’t deal with the news very well and questioned if her whole life had been a lie as Mary was married to Rhona’s dad – but also had feelings for someone else.

Tonight, things were very tense indeed. Rhona and Mary were in Marlon’s (Mark Charnock) room – who wasn’t exactly keen on the awkward silence!

Much to Marlon’s relief, Bear (Joshua Richards) then arrived with a box of iced buns.

Despite Marlon’s effort at turning the attention to the box of baked goods, Rhona was too furious with her mother and told Marlon and Bear that Mary is a gay woman.

The conversation afterwards actually turned out to help Rhona a lot, Bear pointed out that things are very different nowadays, and Mary reminded Rhona that when she was younger, she wasn’t living a lie – it wasn’t safe for her to be openly gay.

In the village, Rhona joined Mary for a conversation.

Rhona apologised for her behaviour and honestly explained to Mary she was just confused over what was real in her life and what wasn’t.

The mother and daughter duo reconnected, with Rhona telling Mary a new era had begun, and it might just be the making of them.