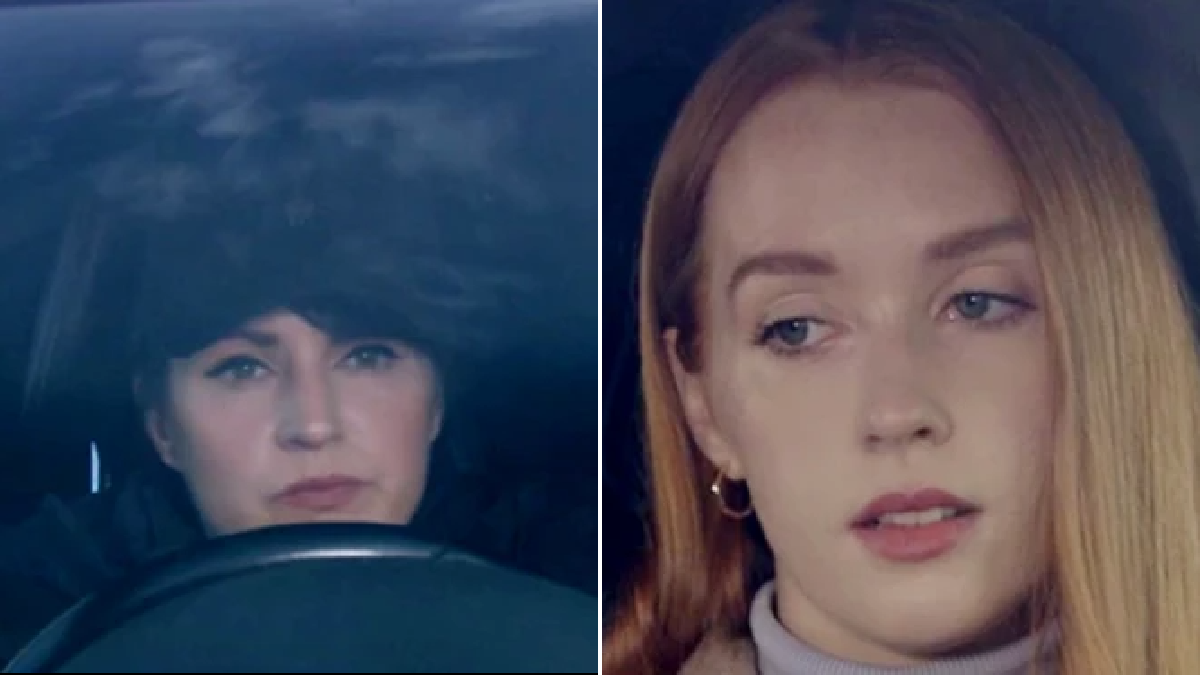 Emmerdale viewers have known for weeks that all isn’t well in Chloe Harris’ (Jessie Elland) life.

The newcomer is living under a strict, controlling regime, all at the hands of her gangster father – who’s currently in prison.

Recently, Kerry (Laura Norton) made her return to the ITV soap, and she’s struck up quite the friendship with Chloe.

Kerry is working at Chloe’s home and is fully aware of the dangerous world she’s in.

After secretly vising Noah (Jack Downham) tonight, Chloe was picked up by Kerry, who immediately knew she was hiding something.

Realising Chloe had seen Noah, Kerry warned her she was playing a risky game, but Chloe was certain she could carry on as no one knew anything.

However, unbeknownst to them, Charity (Emma Atkins), Mack (Lawrence Robb) and Ryan (James Moore) all now know Chloe and Noah have been seeing each other.

As Kerry and Chloe left the village, viewers saw a black car follow them – but who is it?

Does the driver of the car know Chloe’s secret?

‘[Chloe’s father] is very, very scary. Kerry’s been made aware because he trusts her to be in the house, she’s the cleaner. But I think she’s been given other responsibilities and obviously she’s gotten very close to his daughter – but she has been privy to conversation where she knows exactly what he’s been involved in.

‘And even for Kerry it’s incredibly dark and not something she wants to be involved in. Very dark, scary stuff – you wouldn’t even want to know this person through someone else.’