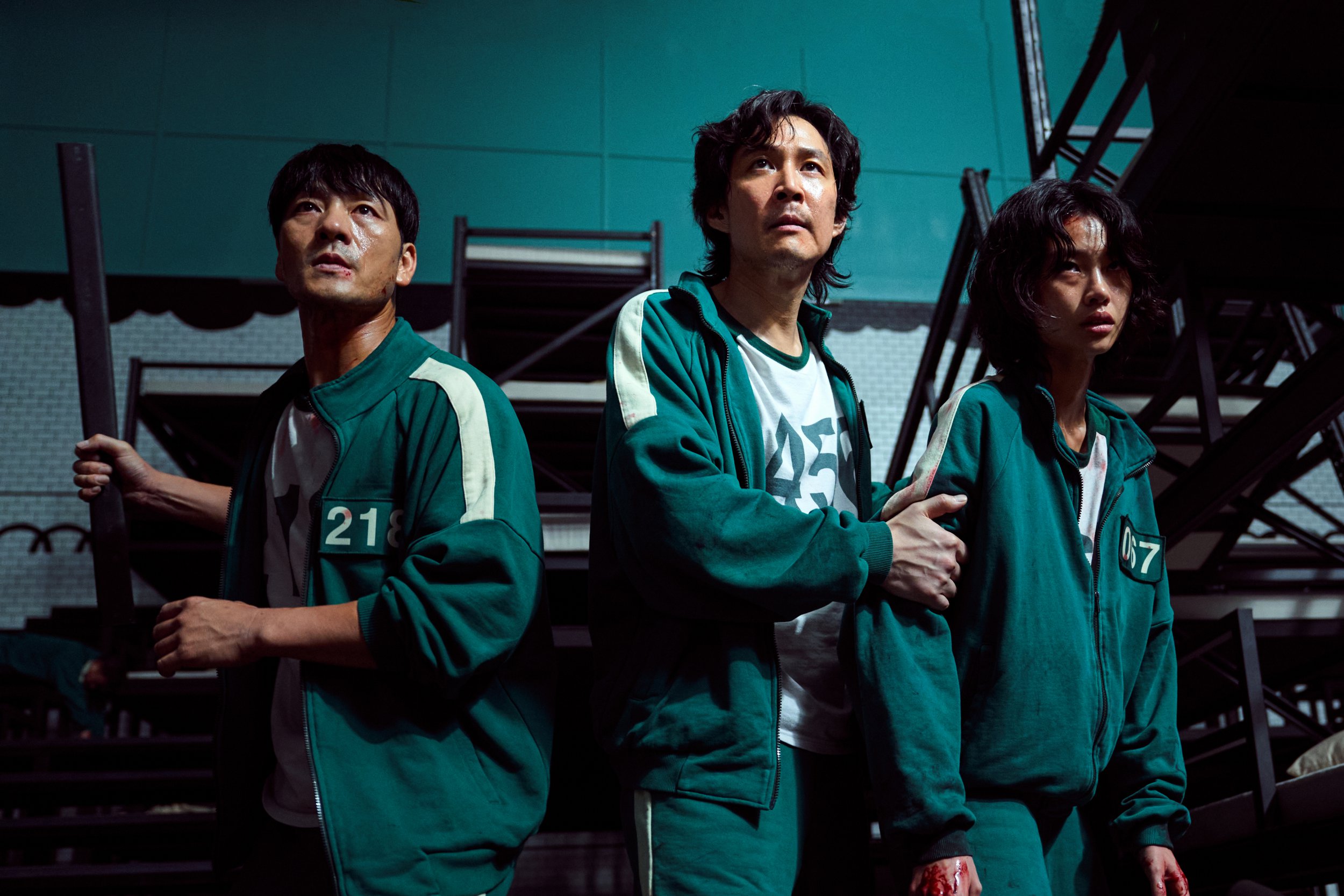 The nine-part Korean drama, written and directed by Hwang Dong-hyuk, has had everyone talking over the last few weeks.

Viewers have tuned in in their droves as bosses of the streaming platform confirmed that the programme has been watched by 111million users so far, in the last 28 days.

A ‘view’ is calculated as anyone who watches at least two minutes of an episode.

This means that the drama has beaten the viewership of Bridgerton, which was released at the end of 2020 and commanded 82m views.

Squid Game follows hundreds of desperate people as they are invited to take part in mystery games for a huge sum of money.

However, things quickly take a deadly turn as participants battle for their lives as well as the jackpot.

It is the first Korean programme on the streaming platform to become the most popular series in the US and follows from the company’s efforts to increase its offering of international shows.

Speaking of the success, Minyoung Kim, Netflix’s vice president of content for Korea, South East Asia, Australia and New Zealand, told CNN: ‘When we first started investing in Korean series and films in 2015, we knew we wanted to make world-class stories for the core K-content fans across Asia and the world.

‘Today, Squid Game has broken through beyond our wildest dreams.’

And we might have even more drama on our hands after director Hwang Dong-hyuk shared the ideas he has for season two.

‘If I do get to do one — one would be the story of the Frontman [a former cop who now oversees the game],’ he told the Times.

‘I think the issue with police officers is not just an issue in Korea. I see it on the global news.

‘This was an issue that I wanted to raise. Maybe in season two I can talk about this more.’

Squid Game is available to stream on Netflix now.