EXCLUSIVE: DC’s Stargirl has found its Eclipso and The Shade – two of its primary villains for the upcoming season 2 on the CW. Nick Tarabay (The Expanse) will play the series regular role of Eclipso and Jonathan Cake (The Affair) will recur as The Shade. Additionally Ysa Penarejo (Project Mc2) will recur as an undisclosed DC character.

Stargirl creator/EP Geoff Johns teased the upcoming Eclipso and The Shade DC characters earlier this month at New York Comic Con. “Eclipso is so terrifying. I’ve always loved the character, and he’s a very different antagonist or villain than the [Injustice Society of America],” Johns said. He added that The Shade is “the most powerful of them all, and very threatening because no one knows exactly what he wants.” 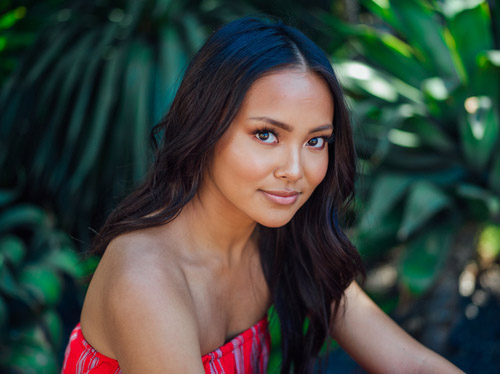 Tarabay’s Eclipso is one of the main antagonists set to clash with Stargirl’s Justice Society of America in Season 2. Eclipso is a life essence trapped inside a blue diamond. Once owned by the Injustice Society of America, that diamond was stolen in Season 1 by DeLacy’s Cindy, which will result in problems for the JSA going forward. Eclipso is an ancient entity of corruption and vengeance. Brimming with a cold, terrifying darkness, he exploits the flaws of others, reveling in the impure and sinful, sadistically feeding off the dark side of humanity.

Cake’s The Shade, an English immortal, is a classic antihero from DC Comics who wields magical shadow powers, The Shade is an English immortal. Tall and slim with an elegant 19th Century way to his speech and manners, he masks the horrors he’s experienced and people he’s lost in all the time alive with wry, witty retorts and a false sense that nothing really matters.

Based on Johns and Lee Moder’s DC Comics character, Stargirl centers on teenager Courtney Whitmore (Bassinger), who discovers the cosmic staff and assumes the identity of Stargirl. After joining the Justice Society of America, Stargirl becomes an inspiration to a new generation of superheroes.

Tarabay most recently starred on Starz’s Spartacus: Blood and Sand and Syfy’s The Expanse. On the film side, he appeared in Universal’s Pacific Rim: Uprising and Paramount’s Star Trek Into Darkness. He is repped by A3 Artists Agency, Brave Artists Management and Goodman, Genow, Schenkman, Smelkinson & Christopher.

Cake’s credits include guest/recurring roles on Grey’s Anatomy, The Affair and SEAL Team, among others.

Penarejo most recently starred in the Emmy-nominated Netflix series Project Mc2 and NBC television movie American Girl: McKenna Shoots For The Stars in the title role. She also recurred on Netflix’s Richie Rich. Penarejo is repped by Buchwald, Mosaic and Luber Roklin.