Ranvir joined Piers Morgan and Susanna Reid for Wednesday’s Good Morning Britain and it didn’t take long for the topic of Strictly Come Dancing to be brought up. The GMB newsreader had topped the leaderboard this past weekend with her partner Giovanni Pernice as the wowed BBC viewers and the judges with their Foxtrot. However, it appears the feat wasn’t without its downfalls as Ranvir explained today.

After delivering the latest headlines to GMB viewers, it was weather reporter Laura Tobin who brought to light Ranvir’s footwear.

“Ranvir, can we talk about it yet? You were so amazing at the weekend, your hair, your make up!” Laura began.

Flattered, Ranvir replied: “It was amazing! To be fair, the Strictly magic, some of it is the dancing but a lot of it is the hair, the makeup and the outfit right?

“It looked like I was from a poster from the films,” Ranvir added. 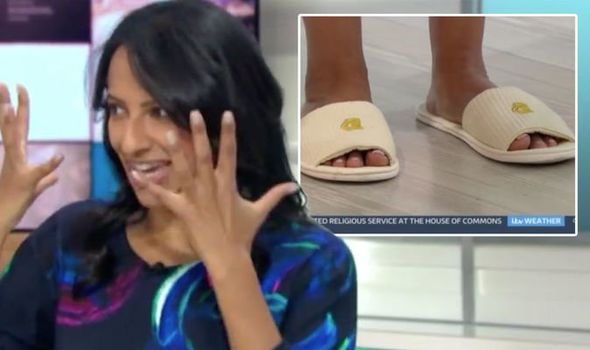 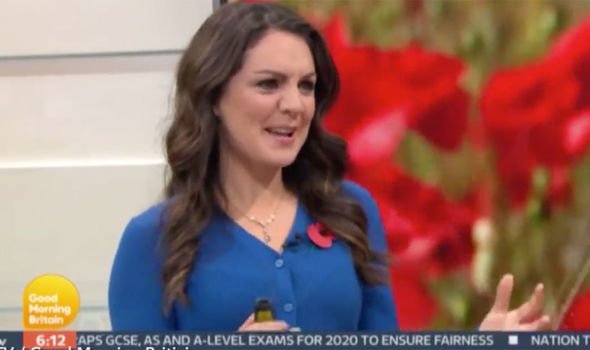 Keen to keep the conversation going, Laura said she “didn’t mind” using her time for the weather to discuss Strictly.

“You’re so sweet,” Ranvir replied as she noted her co-star’s excitement.

But the weather reporter went on to expose Ranvir’s secret footwear: “And can we just point out your feet hurt a lot, so today you’re wearing…Slippers.”

Ranvir sheepishly replied: “I am wearing my slippers, I’m so sorry.” 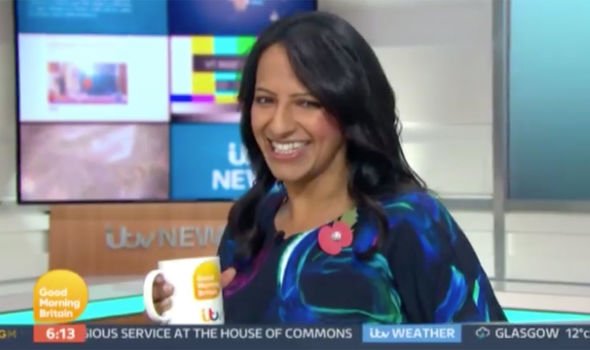 The GMB star told everyone the “balls of her feet” were in pain as a result of the rigorous training.

“When Ranvir was reading the news headlines to you earlier this morning, she was in her slippers,” Laura revealed.

Ranvir explained it was down to her rigorous training regime for the upcoming show.

However, she was keen to assure fans it wouldn’t affect her performance come Saturday evening on BBC One.

“Nobody needs to know this,” Ranvir said. “It will all be lovely on Saturday, I’m quite sure.”

Ranvir’s GMB colleague Laura was keen to find out more about her upcoming routine.

“And Saturday it’s the Cha Cha Cha, to what song?” Laura enquired.

Ranvir revealed: “To a Carlos Santana one. It’s a lovely Cuban…yeah.”

The Strictly star then began to shimmy on camera as she gave fans a little taste of what was in store.

But will she be able to retain her place at the top of the Strictly leaderboard for two weeks running?

Ranvir faces stern competition from the likes of Bill Bailey, Maisie Smith and HRVY for the top spot.