Survivor 41 is changing the game in many ways. There are idols this season, but there is a twist that could hurt people’s games. This is how it works and how it might hurt a player who found one.

Xander Hastings looked for an idol on his own in the Sept. 29 episode. He found an advantage, but it came with a twist.

It was a three-way shared immunity, and each tribe had one. The idol only has power when the other two idols are found. Xander must say a secret phrase in front of the other players. If another player has found an idol, they’ll say a secret phrase back. After all three phrases are said, then all of the idols have power. The big drawback is Xander can’t vote at Tribal Council until this is complete.

Xander decided to tell Evvie Jagoda, who uses they/she pronouns, and David Voche about his advantage. They decided to pull in Liana Wallace to be another vote for them since Xander lost his.

This means idols could help or hurt castaways this season. They will need to have a lot of trust in each other to work together.

Did Xander’s advantage hurt or help him? 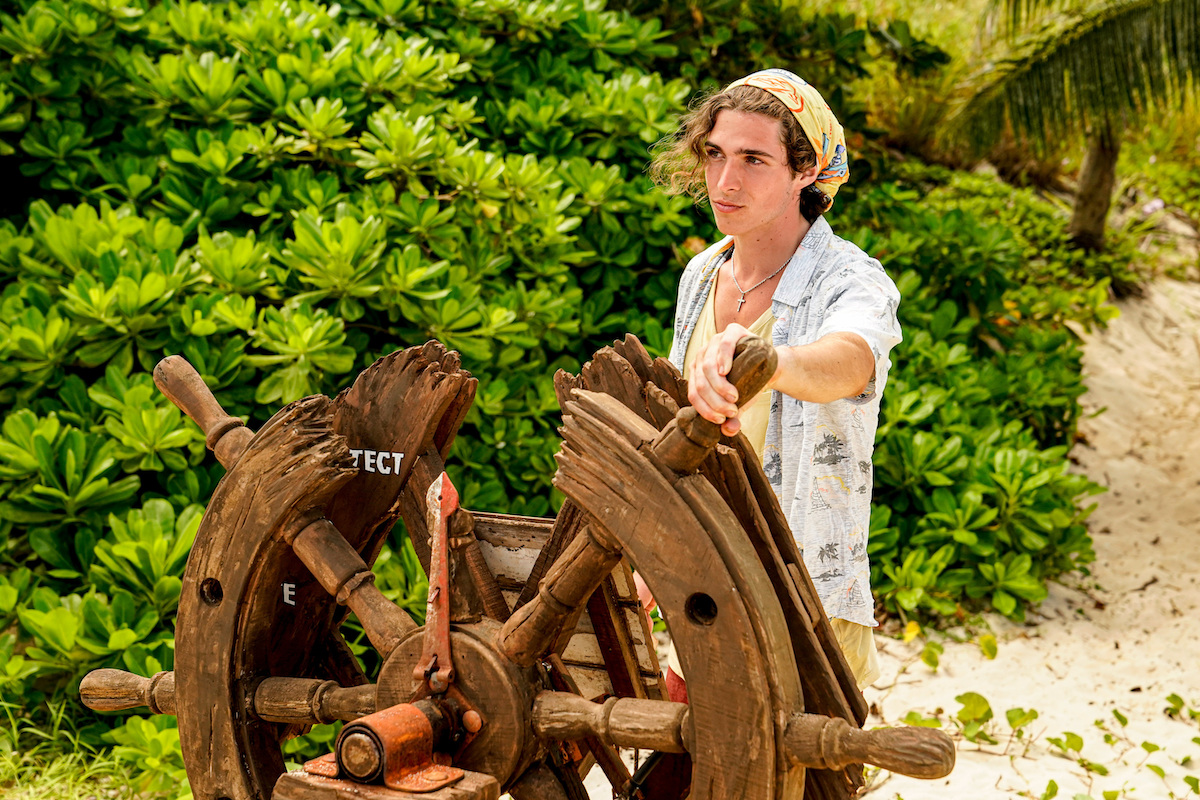 Xander luckily had an extra vote from the first episode. Evvie knew this and acknowledged he had a lot of power. He could be a dangerous player, and Evvie said they want to work with the women of their tribe because of this.

Evvie told Liana and Tiffany Seely that Xander found the idol and had the extra vote. Evvie planned to be the middle person between different alliances to get this kind of information.

Xander later said his secret phrase before the immunity challenge. But the Yase Tribe lost and had to go to Tribal Council. Although it was on the table to get rid of Xander because he’s a threat, the tribe got rid of David instead.

Fans will have to keep watching to see if two other people will find the other advantages to come together and have power. Or if Xander will be taken out for being such a big target.

Another tribe knows about the twist

Evvie didn’t just tell other people in their tribe. Deshawn Radden from the Luvu Tribe and Evvie was chosen to go to an island together.

They decided to make him an ally by telling him about the idol advantage. They decided to keep their vote while Deshawn could risk it and get an extra vote. Deshawn was happy about this and said he owed them later.

This could mean Deshawn will be on the hunt for that idol and tell his close allies. Or if he’ll avoid the idol because it’s a big risk of losing his vote. Time will tell if Evvie revealing information will lead to a powerful alliance after the merge. Fans can keep watching Survivor on CBS.