Susanna Reid, 49, joined the team of Good Morning Britain back in 2014 as one of the main anchors on the show. The presenter had previously been a host of BBC Breakfast and had worked for the network for many years. Despite now working for rival broadcaster ITV, the presenter defended her former employer during a debate with political journalist Andrew Marr, 61, as the BBC continues to face a backlash over licence fees.

Referring to an article her former colleague wrote for The Guardian, Susanna said: “There is an attitude towards the BBC you identify.

“’There is a drive on to destroy the BBC’,” she continued, quoting the article in question before asking the journalist if there is a consensus to “destroy one of our most treasured, national institutions.”

“I think there is a real danger at this period that we lose the big, national institution which is best known around the world.

“And which tries to provide a neutral, fair-minded, respectful platform for people with very different views on coronavirus or Brexit who fundamentally disagree but can all be taken seriously on a single platform.” 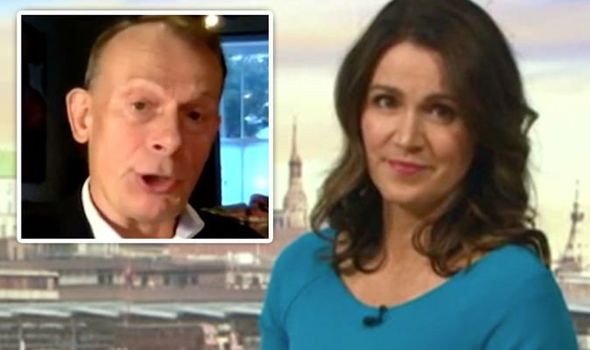 “I think it’s a very, very important part of our public life and I think those of us who believe in it and indeed love it, have to speak up for it more and more and more,” Andrew continued.

The journalist then explained there is a “relentless attack” being faced by the broadcaster, adding it is coming from “people who are not friendly to the BBC for commercial reasons.”

“I do think it’s important to defend the BBC and think this is a dangerous moment. We have to watch very carefully what we say and how we behave and rightly,” he continued.

“We are the property of everybody, not just people who are paying a particular fee,” the broadcaster declared before Susanna jumped in.

I still absolutely value it

Pledging her defence of the BBC, the GMB star said: “I may not work for the BBC anymore but I still absolutely value it and very much love it.”