The Bachelorette returns for a new episode tonight, and from the promos, fans can see that things won’t be smooth sailing for Michelle Young. The bachelorette has already had her fair share of drama. In every season of The Bachelorette, the leading lady has opportunities to connect with her men in various settings — including cocktail parties, one-on-ones, to group dates. Michelle once discussed the challenges of group dates. Her thoughts could play heavily into week 4. 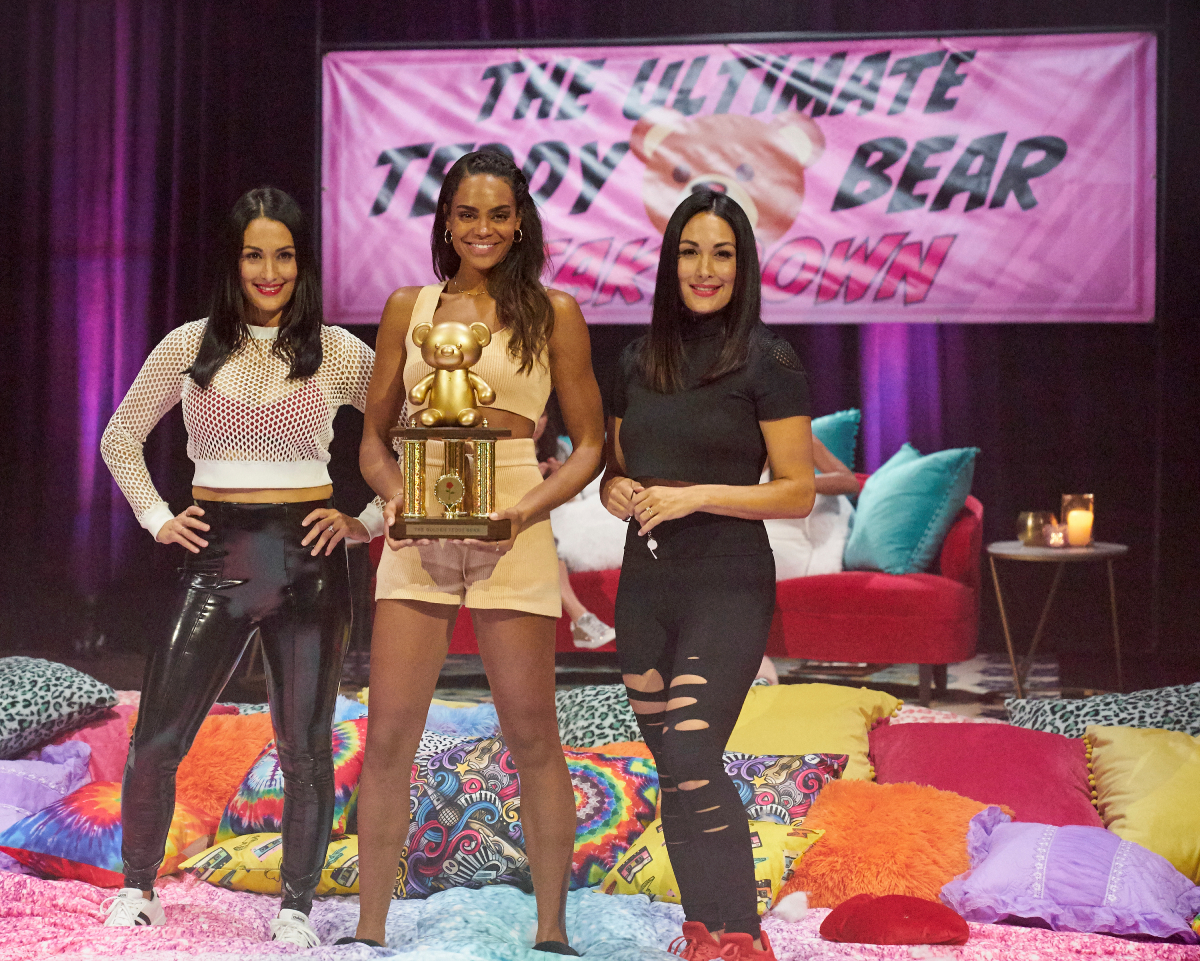 The group date for The Bachelorette week 4 will involve 12 of Michelle’s contestants. The date has a slumber party theme. There are giant teddy bear fights, popcorn machines, and foot spas. The men seem pretty distracted by the setup for the group date. “I think it would be safe to say that the men are embracing their inner man-child a little too much,” Michelle says in a teaser.

“I was caught off guard a little bit by the fact that I pretty much had to call the guys over,” she continued. Michelle can be seen by herself during the clip while the men talk amongst themselves and enjoy the sleepover set up. Michelle looks understandably frustrated. “This feeling of being unseen is something that truly hurts me,” she says.

Michelle discusses the challenges of ‘The Bachelorette’ group dates

Every bachelorette has to navigate getting to know her contestants in various settings, and group dates seem to have been the biggest challenge for Michelle. “Group dates are definitely a heavy task. They’re uncomfortable, but when you’re trying to get engaged at the end of this, they have to be productive,” Michelle said on the Bachelor Happy Hour Podcast.

“I honestly felt really good during cocktail parties, during after-parties, during one-on-ones. It was the group dates that were the real stinger for me,” she continued. “Past experiences and other emotions that come from that started to bubble to the surface a little bit with how group dates were going.”

“Basically going into that first week on group dates, the guys really struggled to make connections during the group date. I really brought to light that I wasn’t wanting attention. I was wanting them to go out of their way and have a conversation with me,” Michelle said.

“Because I felt like I was seeking the men out and having conversations and trying to get to know them, but when I didn’t go over to them to start the conversation they were hanging out with each other and wouldn’t come over and talk to me.”

It would be unfortunate for Michelle’s contestants not to take advantage of group dates to try to connect with her. In other clips of week 4, it looks like the men will pay more attention to Michelle. A clip on Twitter shows Joe Coleman bringing Michelle snacks and talking to her about how she was feeling “unseen.”

In a sneak peek video, a contestant can be heard saying, “she feels like she’s not appreciated.” Hopefully, the men will turn things around and give Michelle the attention she deserves during group dates as well.