The Chase viewers have expressed their anger after a blind contestant was given a question based on visual knowledge, with fans blasting the move as ‘unfair’ and ‘absurd’.

On a recent episode of the ITV quiz show, Rob was the third member of his team to face the Chaser, Paul Sinha.

Rob, who was accompanied by his guide dog of four weeks Bobby, explained to host Bradley Walsh that he became blind when he was 17 years old, losing his sight within a three-day period and going on to become a Paralympic athlete.

With £11,000 in the pot from the previous two team members, Rob achieved £5,000 in the first round cash builder before deciding to go for the high offer of £45,000 against Paul.

Rob explained that if he won, he planned on spending the money on a computer designed to cater for people with visual impairments, with features including Braille, which he said would cost around £5,000.

After successfully answering several questions, Paul was only one spot behind Rob when Bradley asked them both the question: ‘How many numbers usually appear on a standard UK barcode?’ 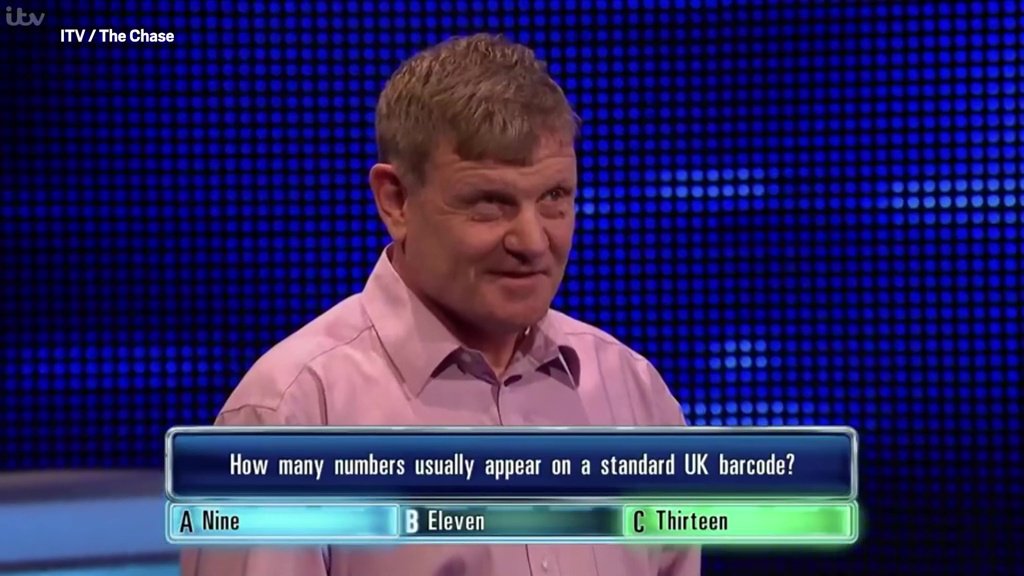 While Rob unfortunately opted for the wrong answer, guessing nine, Paul correctly guessed that it was 13.

Rob told Bradley that he had no regrets about his time on The Chase, saying: ‘That’s what I planned to do, and just didn’t go my way. It’s been great being here.’

Although he and Paul shared a laugh before his exit, several viewers shared their fury on Twitter over the fact that a blind contestant was given a visual question.

‘Unfair question to ask a blind contestant how many numbers in a barcode! Shame on you,’ one person wrote as they reprimanded the programme.

‘The “How many digits on a bar code?” question was so wrong for a blind contestant,’ someone else said, while another person commented: ‘Asking someone who’s blind how many numbers are on a UK barcode in a question, how the f**k is that fair?’

Another viewer stated incredulously: ‘Asking a blind contestant how many numbers are there on a barcode is totally absurd! How on earth would they know!’

After Rob was eliminated, the fourth player on the team was also caught by Paul, meaning that only two contestants made it to the final chase.