The chasers on the ITV show usually leave both host Bradley Walsh and viewers stunned with their incredible general knowledge.

But, on today’s edition of The Chase, Bradley had to correct Anne after she made a rather silly mistake during one of the rounds.

Anne had believed she was correct with her answer but it later turned out she had misunderstood the question completely.

Her slip-up allowed contestant Lyn to get ahead of her during the head-to-head round.

Bradley asked: “Which was the second city to hold the Summer Olympics twice?”

The options were London, Paris and Los Angeles and contestant Lyn opted for London.

“I wish I had said Paris now but I thought there was two in London; one in ’48 and one in the turn of the century,” she explained.

“A step closer to home. The chaser has put…goes wrong with Paris.” 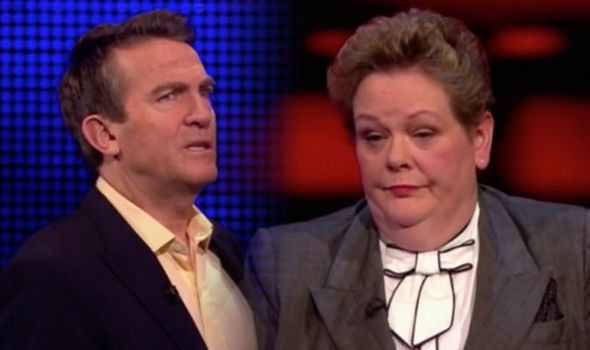 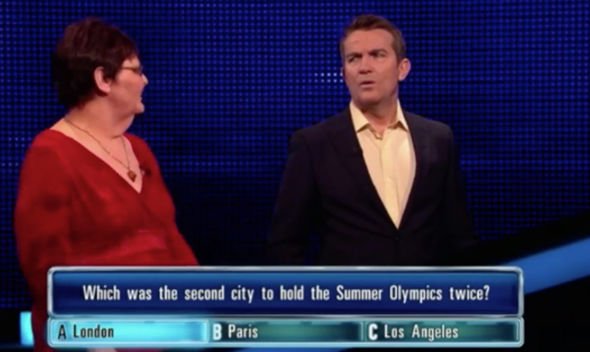 Looking slightly confused, Bradley corrected her: “Yeah but then London was the second city to hold the Summer Olympics twice.”

“Ohhhh,” exclaimed Anne realising her error. “Okay. That’s me not reading the question.”

Yesterday on The Chase, Bradley was left astonished when contestant Chris revealed why he wanted to win the show so badly.

He was certainly keen to explain what he would do with his winnings as he detailed his love of foraging and eating herb from forests.

Chris added that he also loves eating potatoes: “I’ll have 20 potatoes for my roast dinner.” 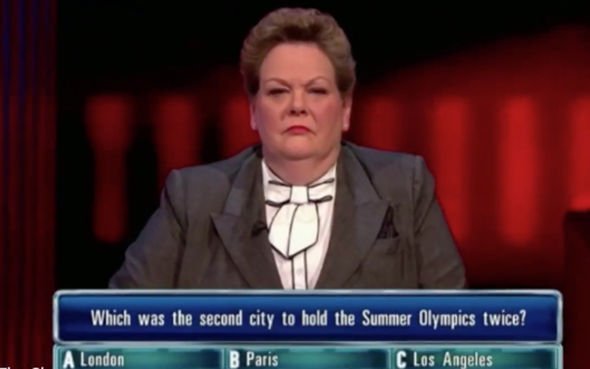 As a result, the hopeful explained he wanted the money to purchase an allotment.

Chris is keen to grow his own produce which left Bradley rather surprised as he exclaimed: “You’re the first person to come onto this show and ask for an allotment!”

“I don’t think you understand how difficult it is to get an allotment Bradley!” Chris hit back.

Unfortunately for Chris he didn’t manage to win any money as he was caught by chaser Paul Sinha.

The Chase airs weekdays on ITV at 5pm.