On Fox, a “Road to Finals” special (0.5, 2.64M) for The Masked Dancer kicked off the network’s night leading into the season finale (0.6, 3.08M) of the rookie reality dance competition, which matched last week’s numbers in the demo and grew in viewers.

Repeats of The Goldbergs, American Housewife, The Conners and Call Your Mother populated ABC’s night, which ended with a new episode of For Life (0.3, 1.45M), which ticked up a tenth in the demo. 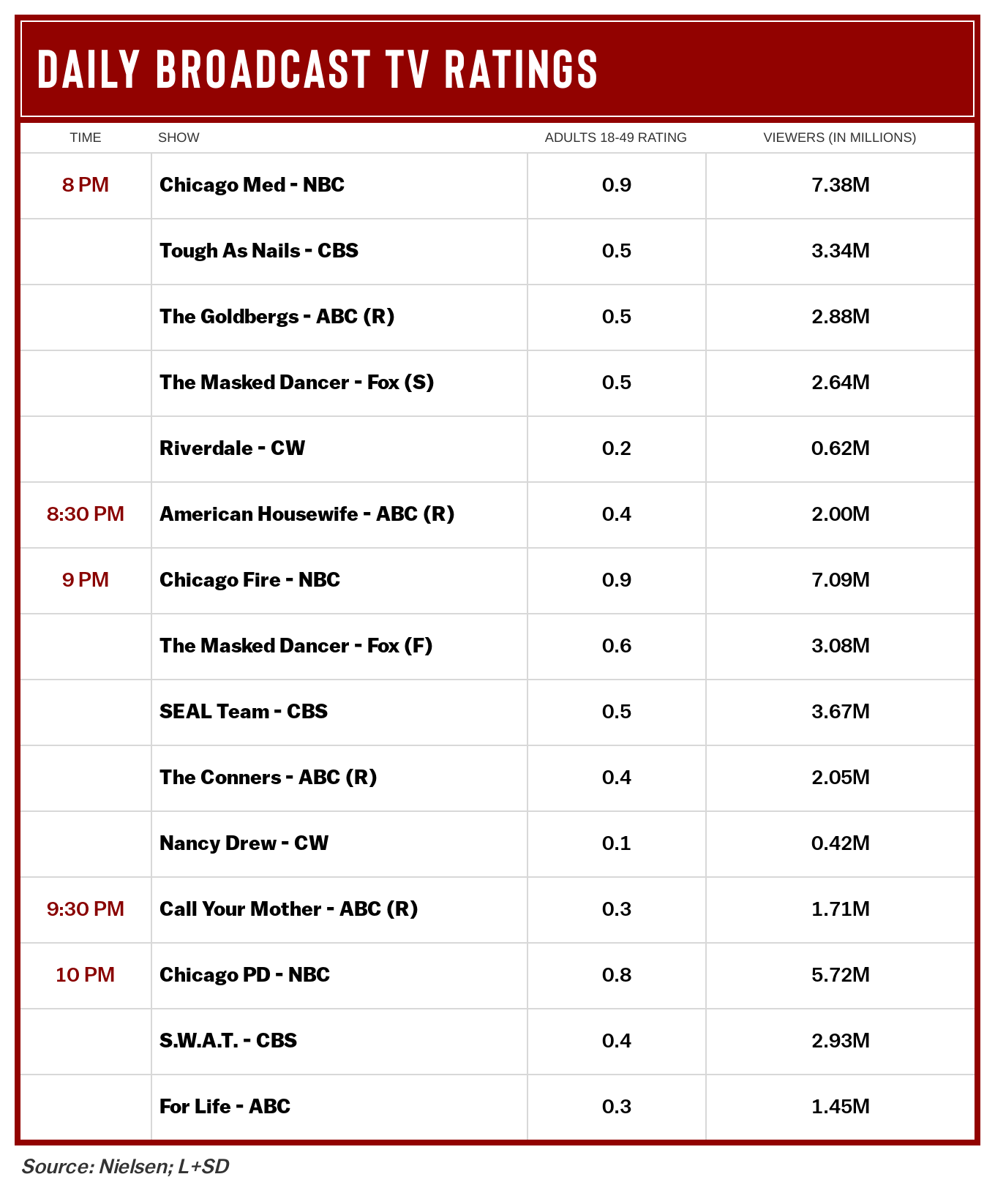