Home » TV & Movies » The One Show: ‘Get on with it!’ Lee Mack hits out at Emma Willis during bizarre challenge

The One Show welcomed Lee Mack and Usain Bolt on to the famous sofa this evening.

They are about to go head-to-head in Soccer Aid this weekend and it seems the competitiveness is very tangible.

Presenters Matt Baker and Emma Willis decided to put them to the test through a series of tasks.

They started with a penalty shoot-out, which Usain sailed to victory during.

Thankfully for Lee, the team moved on to play darts which he seemed to play right into the comedian’s hands.

Unbeknownst to many, Lee used to hold a Guiness World Record for the amount of triples scored with a select amount of time.

Before he could put his skills to the test, Emma had to introduce the darts shoot out rules.

However, the presenter could barely get her words out as Lee insisted he started throwing.

“Get on with it,” the popular comedian shouted at Emma before giggling.

She kept her cool and simply continued with the rules before allowing Lee to throw the first dart. 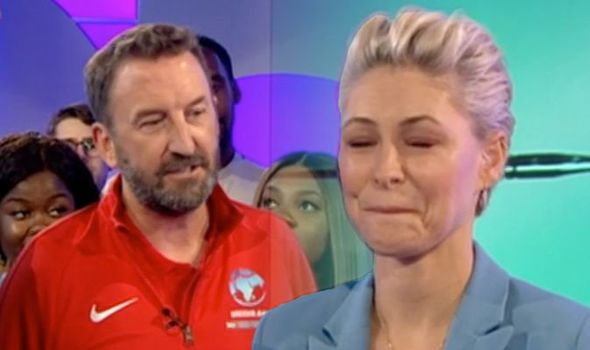 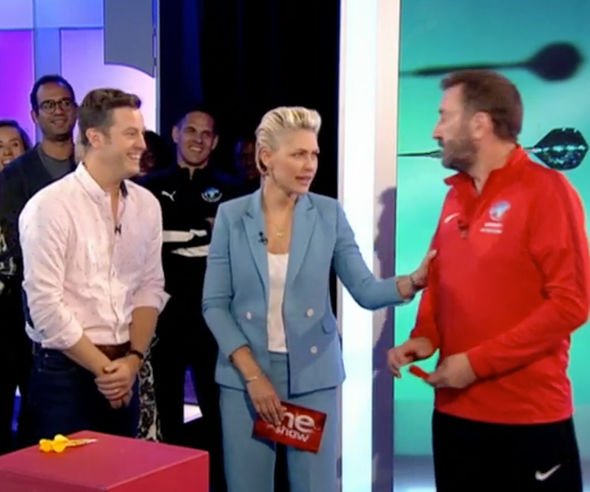 Of course, it was easy work for Lee who sailed to victory and beat Usain.

However, he wasn’t quite as lucky on the deciding round, which combined football with darts.

The pair had to aim some foam footballs at a giant sticky dartboard and the winner would be the one who scored the most points.

Naturally, Usain’s football talent shone through and the Olympic champion bagged the victory.

Earlier in the week, Emma Willis was gobsmacked when Henry Blofeld swore. 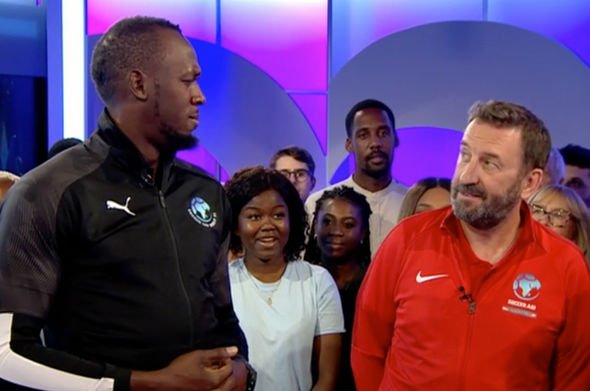 The cricket legend was recounting his adventures with some penguins.

However, at the end of the segment, he stuck two fingers up in a very crude gesture.

Emma could be seen putting her head in her hands while Matt apologised.

The One Show airs weeknights on BBC One at 7pm.