“This is not justice” said co-host Sunny Hostin 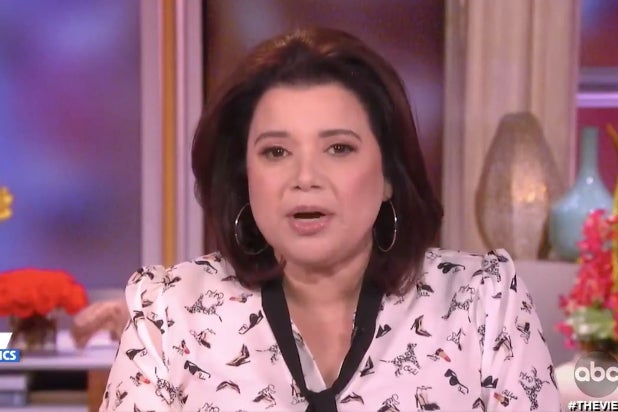 “The View” hosts continued to share their feelings on Trump’s second impeachment trial, with co-host Ana Navarro slamming Republican senators for their inability to be impartial despite their personal experiences with the Capitol riots.

“We saw them running in fear, these senators, and they’re still going to go act like cult members? And not vote to set the record straight for history? They are going to be maligned in history,” Navarro said. “We will be studying this for decades and people are going to know that they are cowards, cowards, cowards.”

Navarro went on to share her disappointment with the situation, adding: “I’ve been so upset at the dereliction of so many Republican senators. They are supposed to be impartial jurors. That’s their job right now. And there were something like fifteen empty seats. There were people playing on their iPad. Then we heard that three of them — Cruz, Hawley, and Lindsey Graham — meeting with the defense lawyers. That’s not what an impartial juror is supposed to do.”

The meeting that Navarro is referring to is a report that senators Lindsey Graham, Ted Cruz, and Mike Lee met with Trump’s legal team behind closed doors for about 70 minutes on Wednesday. In a tweet from White House correspondent Yamiche Alcindor, Alcindor wrote that Cruz said the meeting was about “legal strategies” as the impeachment defense team prepares to present its case to the jurors.

Co-host Sunny Hostin followed up Navarro’s comments with a reminder of the oath the senators took before the impeachment trial, which includes the statement “I will do impartial justice according to the constitution.”

“An impartial juror would not meet with Donald J. Trump’s defense attorney,” she explained. “They would not do that. And a judge in any case, in a criminal case, even in a civil case, would toss jurors, of course, off the trial. But there is no remedy for that.”

Watch the clip below.