The co-host ignited controversy by asking, “Are we now in a place where this matters?” 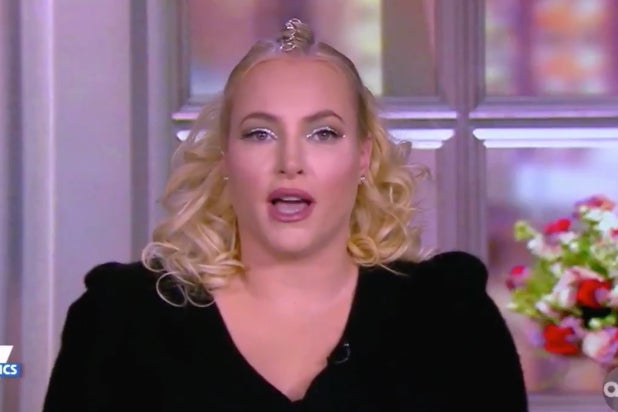 On Wednesday’s episode of “The View,” Meghan McCain once again incited blowback when she asserted that “I think the question Democrats have to reconcile with right now is whether or not race and gender are more important than qualifications.”

McCain went on to ask, “If you have someone who is more qualified, who happens to be a white straight person, who on paper has more experience in whatever field they’re being nominated for than a minority with less experience, are we now in a place where this matters?”

McCain’s comments received instant criticism, as multiple people reminded her of the irony of her comments. “Meghan McCain – whose entire place in the zeitgeist, and rise in the media – flows from being a famous daughter-of, is lecturing us on “meritocracy” this morning. Happy Wednesday!” social columnist and author Shinan Govani tweeted sarcastically.

“She says this so ironically,” said activist Shannon Watts, sharing a video of McCain’s comments. “There are so many women more qualified for this seat at The View than Meghan McCain — and yet, there she is.”

McCain’s comments came after a discussion where the co-hosts reacted to Illinois Sen. Tammy Duckworth walking back her ultimatum to the White House that she would vote against cabinet nominees unless the president promised to increase AAPI representation in the administration.

“We’re going to a place where even if people need money, even if people are qualified to get into Ivy Leagues, race and gender is more important than your skill qualifications the content of your character…it’s not what Martin Luther King Jr. preached,” McCain continued, going on to point out that in almost 25 years of “The View” being on the air, there has only been one Asian-American co-host — Lisa Ling, who hosted from 1999-2002.

“Does that mean one of us should be leaving because there’s not enough representation?” McCain asked. “We’re talking about — is identity politics more important than qualifications for the job? And I think that’s a question going forward that the progressive left is going to have to reconcile.”

Co-host Sunny Hostin clapped back at McCain for her opinion, pointing out: “It’s not about gender and race being more important than qualifications. It’s about the fact that there are MANY qualified women & minority candidates that never get the opportunity because of the advancement of generally white male mediocrity.”