THIS Morning viewers were left disgusted as a doctor who hasn’t showered in four years insists he doesn’t smell.

Dr James Hamblin from New York told how he ditched "lotions and potions" like shampoo, conditioner and body lotion, which he claims damage your skin. 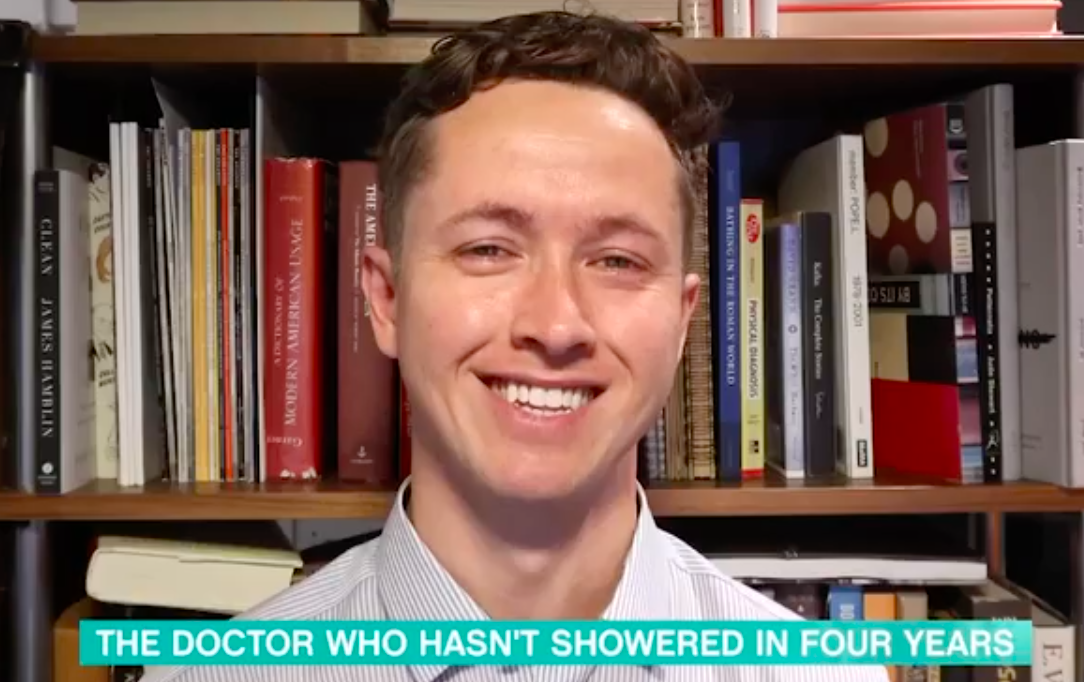 Explaining his experiment that has led to writing a book about only using water to wash, James said: "It took a while to get used to but I don't smell.

"I have asked people in a regimental way to be honest with me, but my wife says I don't smell.

"It was part of an experiment and me trying to be more minimalistic. Before you know it I haven't gone back.

"I still wash my hands but don't use body lotions, shampoo or conditioners. 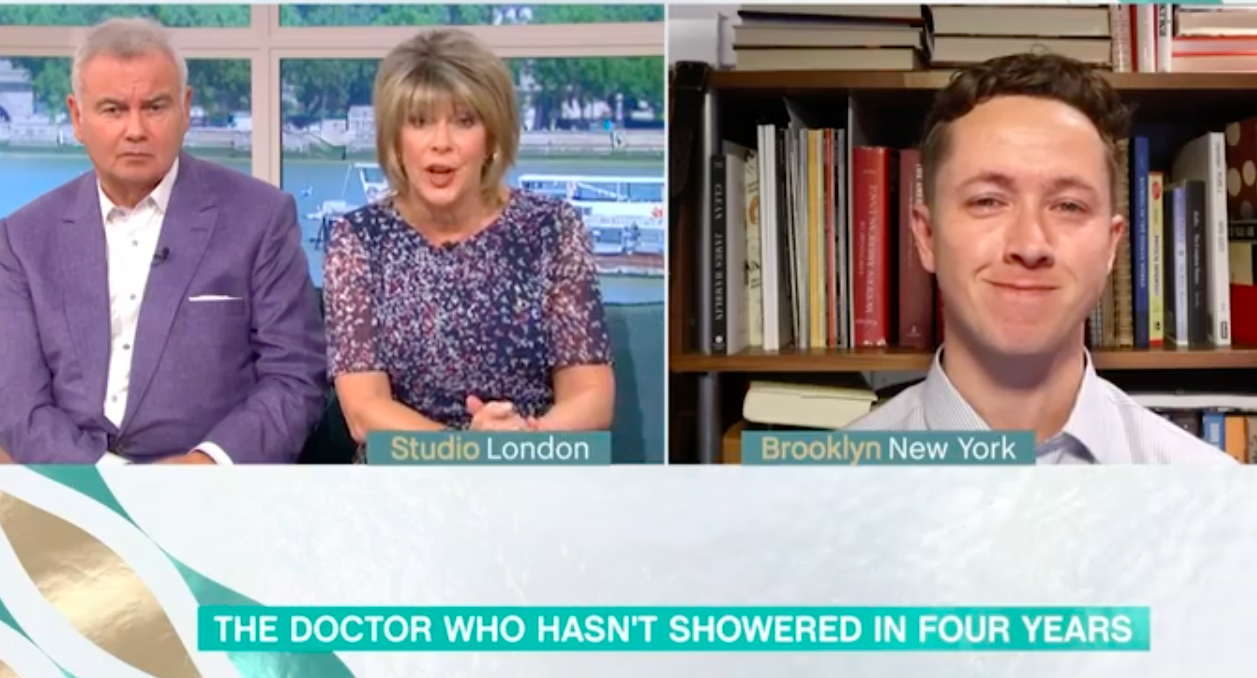 "If I need to look presentable, I will wash with water. You're just wasting time and money on products.

"If you like how it makes you look and feel then go for it. You can do a lot by scrubbing with water with visible grime on your face you should be able to get it off."

But viewers thought it was disgusting, with one saying: "Dude, you *have* to use deodorant of some sort or you *will* be a minging b******."

Another added: "I bet he absolute reeks and the people he works with have no sense of smell #ThisMorning."

Someone else said: "I haven’t had a shower yet today and I don’t fresh. I suppose after a few months the smell doesn’t get any worse."