Hosts Eamonn and Ruth Langsford were introducing the Halloween themedsegments coming up in today's show when he made the cheeky comment. 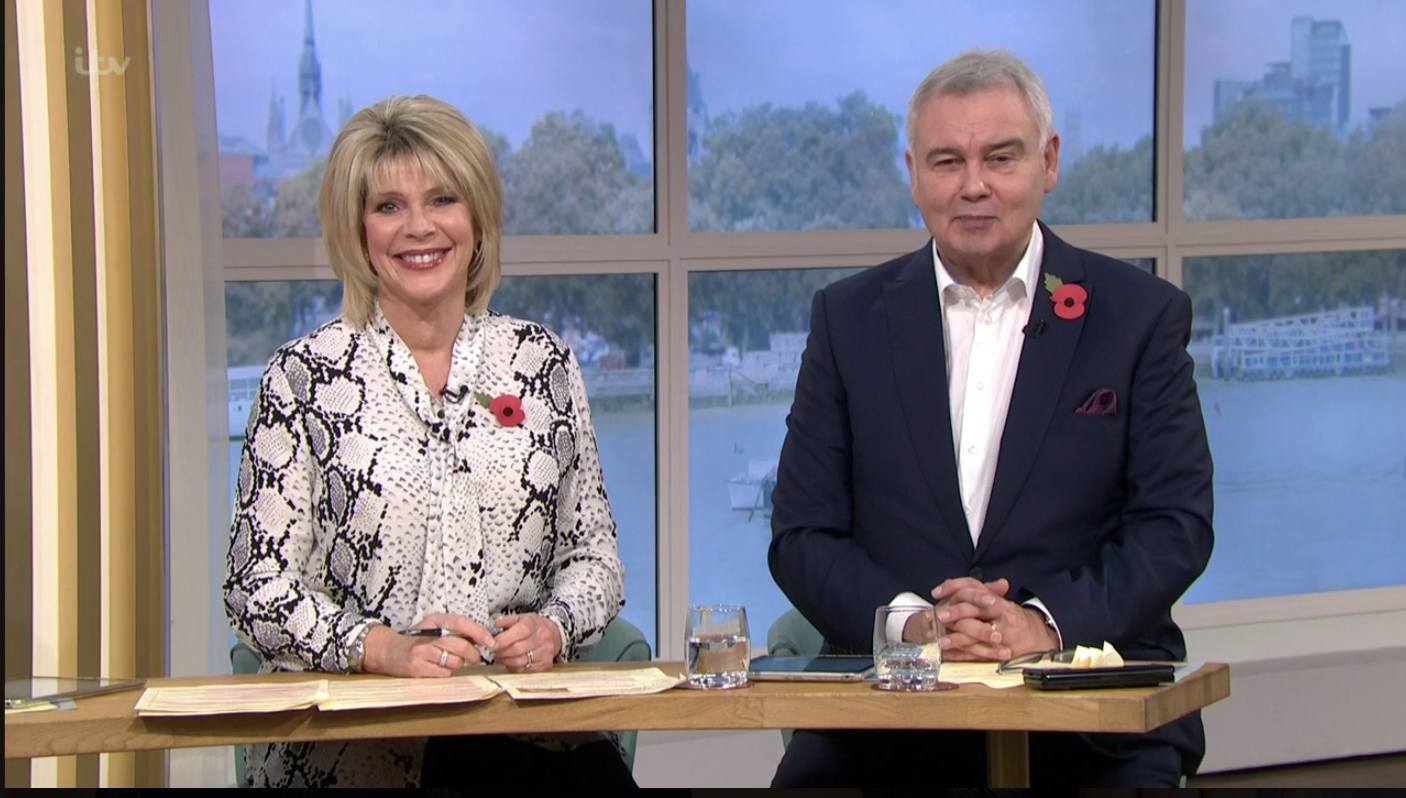 The pair were introducing the Aussie vet to find out why people were afraid to adopt black cats.

They started to explain people's superstitions stopped them from wanting to adopt black cats when they threw to the vet who was in Shropshire.

The vet was in giggles over the cheeky comment, but composed himself in order to brief the hosts for what they could expect from his upcoming segment. 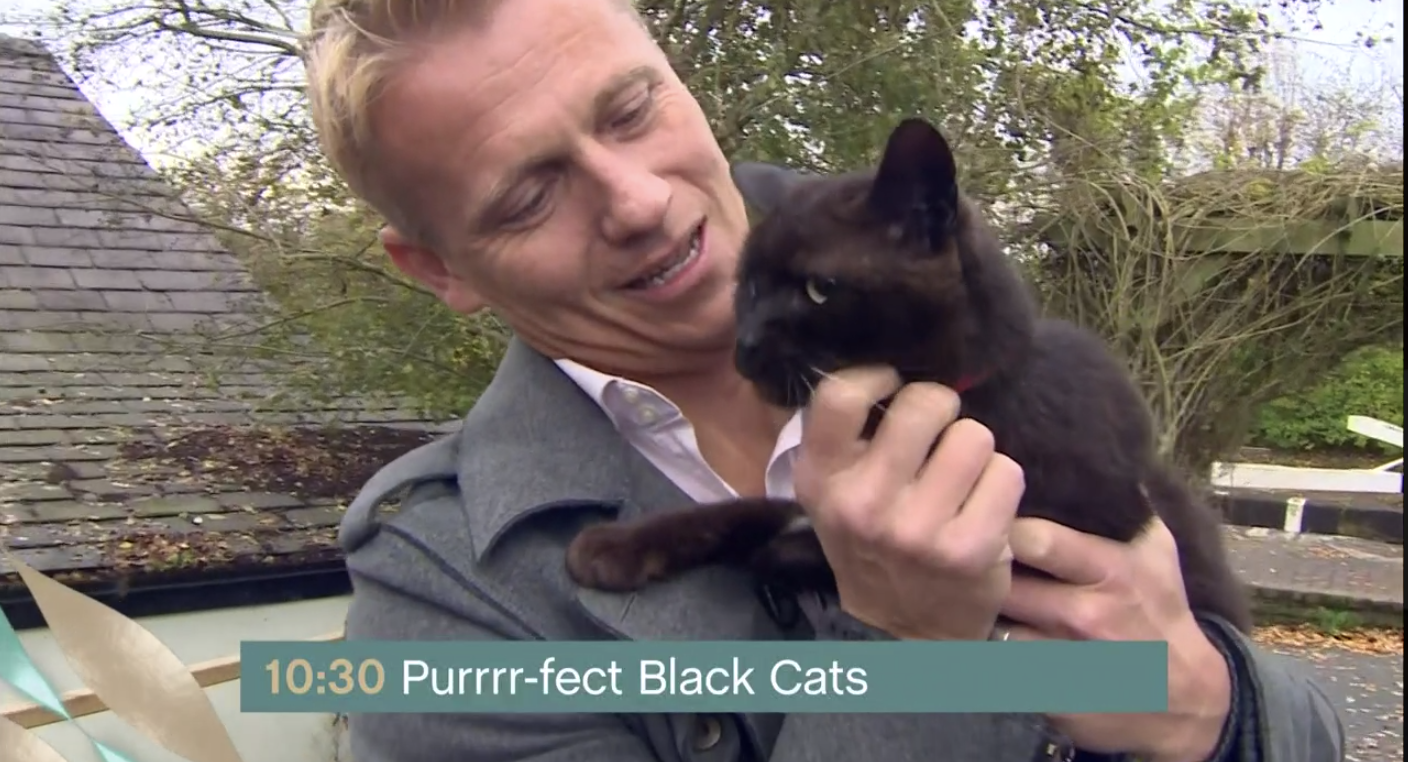 Viewers took to Twitter to share memes feigning shock, while one person said they "spit out their breakfast".

Another said: "Nearly spat my tea out when @EamonnHolmes said ‘nice p***y'."

London's Battersea animal rescue centre revealed almost half of all cats brought in to their centres so far this year have been black. 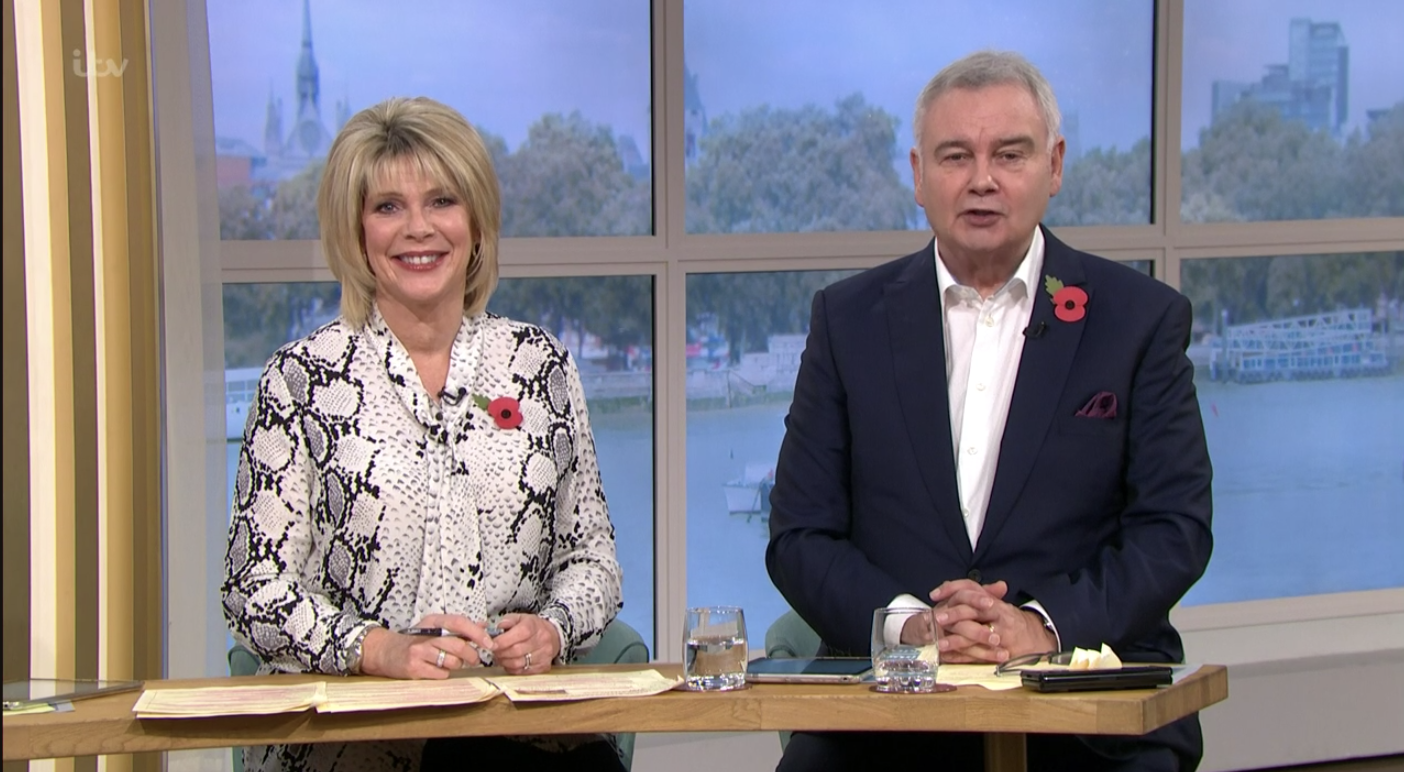 Unwanted black cats make up 43% of all feline admissions to Battersea, compared.

They are also less likely to be adopted because people are either superstitious or want 'prettier coloured cats'. 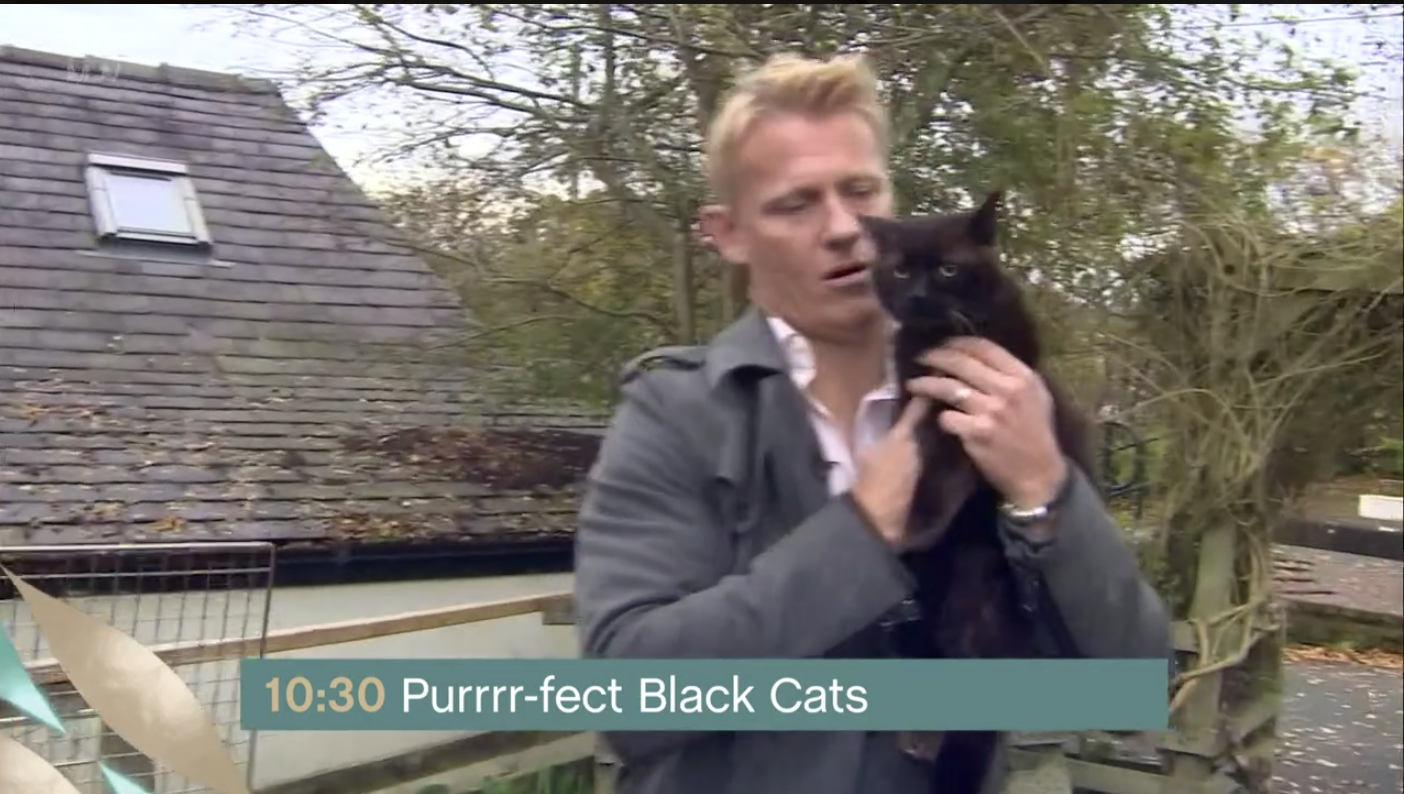 Dr Scott is a popular regular on This Morning, and has also appeared on Big Brother, GMTV, Vet on the Hill, Crufts, The Paul O'Grady Show and Blue Peter.

Scott married partner Zoe Christien and together they have three children, Summer, Quinn and Jackson.

According to Lifestyle.com.au, Scott proposed to Zoe in Vietnam after the couple had dated for two years.