Top Gear, like so many shows, was forced to suspend production when the UK went into lockdown earlier this year. The motoring show was one of the first programmes to resume filming in light of social distancing regulations but coronavirus travel restrictions meant the BBC team had to make a huge change to the format of the show. Freddie Flintoff, Paddy McGuinness and Chris Harris are used to travelling all around the world during filming but Freddie has explained why he welcomed spending more time in the UK.

Top Gear has taken Freddie, Paddy and Chris halfway around the world to stunning locations in places such as Borneo and Nepal.

However, when filming of series 29 resumed, coronavirus travel restrictions meant Top Gear had to look closer to home for the location of its challenges.

In an exclusive interview with Express.co.uk, Freddie explained why he was happy to stay in the UK.

Freddie began: “One of the nice things has been actually seeing more of the UK and showing it off.

Read more: James May falls ‘ill’ after break with partner ‘Not want to hear this’ 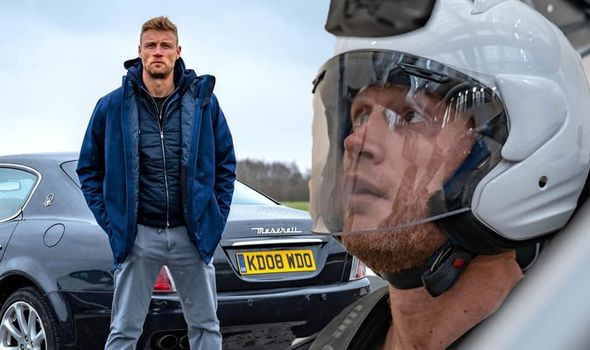 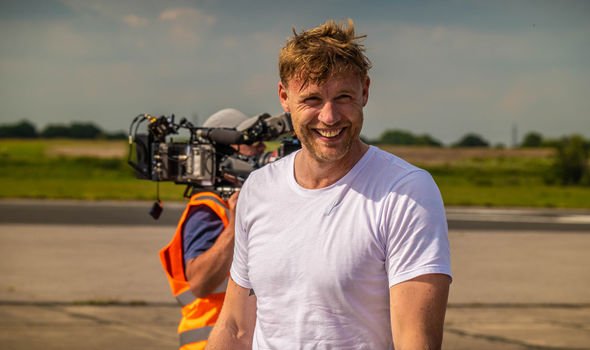 “We go to all of these countries and it’s amazing to visit them and we wax lyrical about them.

“But I think sometimes we forget how amazing, Britain is, so we’ve had a chance to go around and show some of the UK off.

“We went to Bolton where obviously Paddy’s from, we’ve spent time in Blackpool the Yorkshire Dales Alton Towers, went to Wales Pembrokeshire.

“And so, it’s different, but it’s still on the same scale but we’ve just been doing it here, which has been quite nice.” 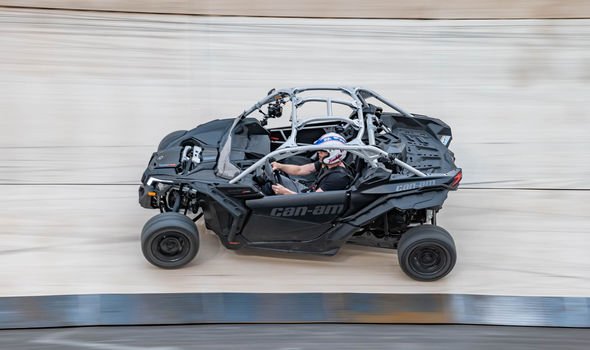 The presenting trio revealed their favourite moments from the latest series to Express.co.uk.

Chris said: “Ferrari SF90, 1000 horsepower, four-wheel-drive Ferrari that I got to skip around in for a little longer, that was an amazing experience.

“I love the fact I got to drive a Focus RS, and the Wall of Death was remarkable.”

Paddy teased an upcoming episode which sees the trio driving around Blackpool in an ice-cream van.

He said: “Where we had a ten-foot-tall electric ice cream van that was a lot of fun, taking that around Blackpool.

“And I think, on a personal note, probably Bolton for me because we had such a laugh, and we’ve never laughed like that in any of the episodes.”

Freddie added: “For me driving that Jaguar XJ220. It was a car which I remember when I was a kid in the late 80s, early 90s and getting a chance to drive it and having a go at 200 miles an hour.

“Another one was Alton Towers, just after the restrictions were raised a little bit, it was all shut down so we got the chance to race round of Alton Towers with nobody there.”

“I used to go there as a kid and I take my kids. I never thought I’d be taking a car round the Smiler,” he shared. “That was pretty special.”

Meanwhile, the trio explained they each have “different ideas” over what challenges to tackle next on the show.

Paddy said: “I’d like to revisit classic stunts you’ve seen in films and go to places where they did it and try to recreate some really tricky ones.

“For instance when the car spins around on the bridge in one of the James Bond movies, I’d love to have a go at something like that.”

Freddie quipped: “I’d like to go into space but I’m not sure the budget would stretch to that.”

Top Gear continues on BBC One Sunday at 8pm.