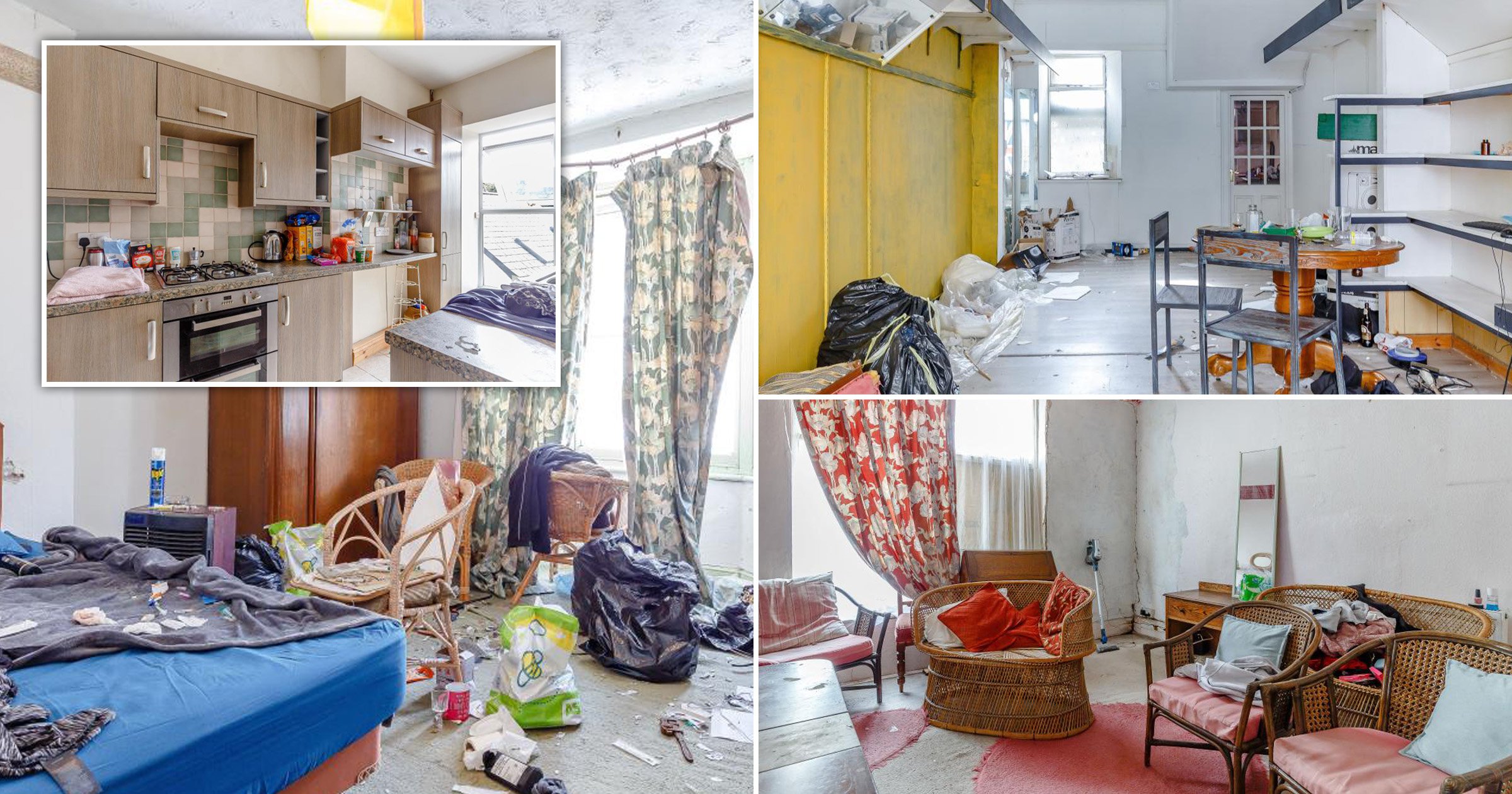 A terraced home in Cornwall is expected to go for £40,000 at auction, but there’s a catch.

The dilapidated house, situated in Camborne, is in need of a very deep clean, and the new owners will have to contend with rooms full of rubbish.

There are rubbish and clothes strewn across the floor inside, along with empty liquor bottles, overflowing bins, unmade beds and lopsided curtains.

From the outside, you can see a boarded up window, a Union Jack flag, and lime green paint covering the facade, which could also do with a good scrub.

The home stands in stark contrast to the building next door, which serves as environment secretary George Eustice’s constituency office.

Underneath the clutter, the property has two bedrooms and two bathrooms to its name, with the top cistern removed missing from one of them.

Social media users didn’t hold back from critiquing the home, with one saying it looked like something from a scene in BBC crime drama Silent Witness.

She wrote: ‘Bloody hell. The only people you expect to see going in there are Emilia Fox and David Caves.’

Another joked: ‘I love the broken pole.’